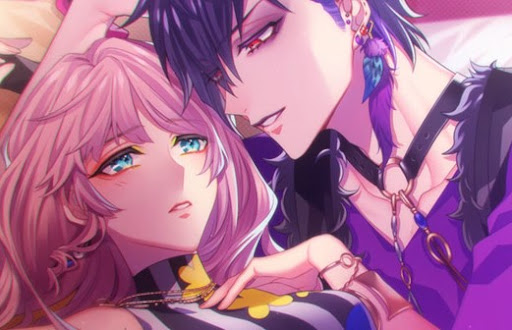 “Frivolity” and “humour” are not usually things that you associate with Otomate’s otome visual novels. Whether it’s classics like Hakuouki and Amnesia, or more modern games like Piofiore: Fated Memories and Olympia Soiree, with Otomate, you expect some pretty powerful romances with some very dark edges (especially if you wind up with the bad endings). Cupid Parasite, however, is almost the polar opposite.

Otomate pitches this game as a “romantic comedy,” but “nonsense literature with a dash of romance towards the end” is probably a better term for it, and I mean that in the most endearing way possible. This game is an unmitigated delight, from start to finish. You play as Cupid herself, who has decided to challenge herself to help humanity find love without relying on her godly powers. So she puts herself through university, becomes an expert in romantic psychology, and joins the leading matchmaking agency in Japan. From there she quickly becomes the best agent, and then she’s hit with the ultimate challenge: help five absolute delinquents find love.

One of these men rates women according to colour codes, putting the incels that have the 10-point scale to shame (though unlike the incels he’s actually stylish and intelligent). Another man doesn’t want his identity known, and seems to think he can simply delegate the task of romance to a secretary. Another is a hot-as-anything actor, but more interested in talking about Greek mythology for hours on end than wooing women. Another is a dude that is pining so hard for Cupid (and somehow she’s unaware of this) that he can’t even look at another women. The last one is an incubus. And he only beds women that have boyfriends or husbands. 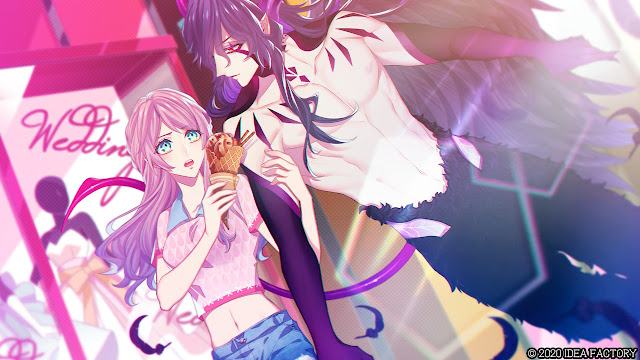 They’re all terrible people in one way or another, but they also all represent one superficial attitude towards love that society has developed. See, Cupid Parasite is nonsense and a comedy, but it’s also very much a satire, and if the Superflat-inspired backgrounds and aesthetics don’t give that away, than the narrative certainly will. Everything about this game is tuned towards poking fun at the commodification of love. A 12-question survey will create the profile that you need to find the perfect match. One of the reasons the delinquent five get dropped in Cupid’s lap is because the rest of the love agents are more worried about how much work it would take to find their matches… and they’re running on commissions. There’s no real actual romance here. It’s all business. It’s all transactional.

On top of all of that, the thing that got Cupid into all this mess in the first place is that people were no longer forming bonds, marrying, and having children, and this was apparently her fault because she wasn’t able to make it all transactional and process-based enough. It’s odd that her solution to proving everyone wrong was to join a company focused entirely on commodifying romance rather than prove that romance can exist independent of the transaction, but she is a rather sweet and naïve girl for someone who’s been around for thousands of years.

The plot itself goes the places you would probably expect it to, but it’s delightful at every step thanks, in particular, to all these boys, who are as endearingly broken as they are seriously gorgeous (Otomate’s artists really are the best in the business). Cupid Parasite isn’t exactly the shortest visual novel out there, but it rolls on at a snappy pace, and never manages to lose momentum. As with just about every romantic comedy in history, there is a point where the comedy starts to make way for the romance, but the journey with these guys is a lot of fun. Even the lecherous one and incel-adjacent dude. Surprise! They both have layers and end being far more interesting characters than their real-world equivalents ever are. 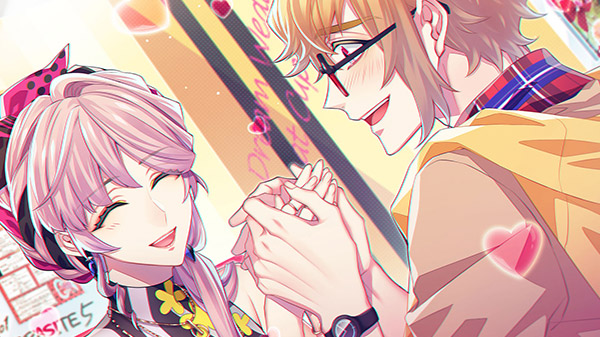 There’s a decent dose of fanservice in the game, too, and in many ways Cupid Parasite is the closest parallel to the kind of fanservicey visual novels that target men that I’ve ever played in the otome space. You don’t quite get the crotch shots that you might the other way around, but where most otome games go to great lengths to bury the harem qualities within the broader narrative, Cupid Parasite is brazen about it. These are five men, they’re at your beck-and-call. Cupid’s going to hook up with one of them, and the game’s all about working towards that payoff. Just like you just know that you’re going to score hard with Tohka in Date-a-Live.

The one difference is the main character themselves. With the typical harem story, the dude at the centre of the ring of girls is a mess of nosebleeds and awkward situations involving bouncy boobs. With Cupid Parasite, Cupid is nonsensically naïve for the goddess of love, but putting aside the (frankly, funny) virginal characterisation, she’s also comes across as a really composed, classy, and intelligent protagonist. The perfect foil for these boys who are all as dense as they are hot.

The other thing that that I love about Cupid Parasite is the energy. Again. This is a longer visual novel, but never loses its vibrancy, and has a cracking soundtrack to go along with it. We’re talking foot-tapping jazz and slick pop tones here. I don’t really know why the visual novel genre has an apparently unwritten rule against lyrics in music (I’m guessing because developers are concerned that it might clash with people trying to read the text?), but Cupid Parasite breaks that rule with gleeful abandon, and I’d rank this soundtrack up with the likes of Persona 4 and NEO: The World Ends With You for its ability to reinforce the pop aesthetic through a vocalized soundtrack. 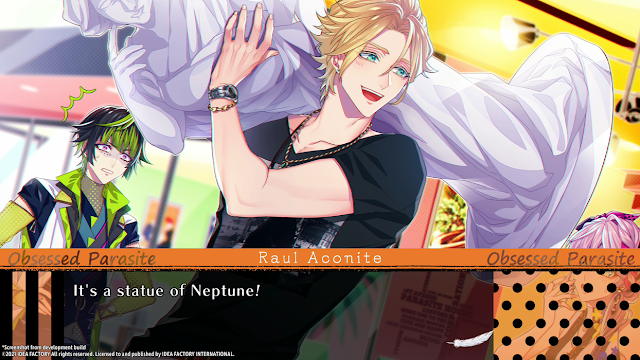 I do have to end the review on a sour note, though it won’t be an issue in a few weeks: Late in the localisation process Idea Factory did discover that a whole bunch of text in the later part of the game is poorly translated. It all but ruins two of the five character routes currently, so I’d be remiss in not mentioning it at this point. However, the team at Idea Factory have already confirmed that this will be fixed, and with every other word in the text being so dynamic and downright perfect, I’m more than willing to given them the benefit of the doubt here. This text will be fixed in three or four weeks from time of writing, so after that we’ll know if I’ve been proven a fool, but I sincerely doubt that this will be the time that I get this wrong.

I haven’t played a visual novel that goes about its thing with quite so much glee in quite a long time. Comedy’s always hard to get right, especially when there’s an underlying subversive quality to it, but Cupid Parasite never falters. It tells a great story in there among the humour and backs it up with an impeccable style and verve. This is one of Otomate’s finest.