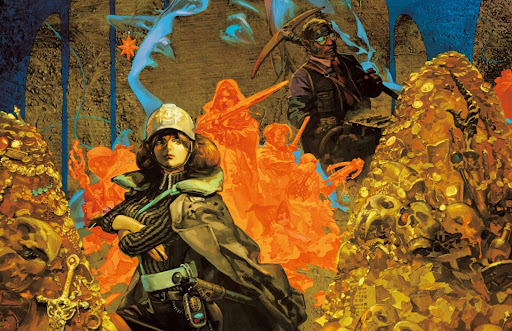 I did take a break from doing streams – there was just do much other stuff to do that I couldn’t fit it in. But, people had been asking me to do them again, so I’m finding a way. Streams are back!

I’m still working out an exact schedule (though it will likely be Tuesdays and Fridays at 9pm Australian Eastern time, as it was previously), but don’t worry if you miss a stream, they’re all archived and preserved on the YouTube channel for your future viewing pleasure.

To kick things off, I play through the first hour of horror-themed dungeon crawler, Undernauts: Labyrinth of Yomi. This game comes out in a week or so, so you’re getting an early first taste here, but the game’s great. Ahead of a review later this week, here I share some thoughts about the game and why it’s going to be worth your time.


I think the goal for the weekly streams will to give people the first hour or so of a wide range of games, that way I’m never going to spoil anything significant, but at the same time people will know what they’re getting into when playing. I will, of course, do my best to entertain any requests, so let me know if there’s anything you’d love to see me play.

Poll of the week: What scale of game gets you most hyped?