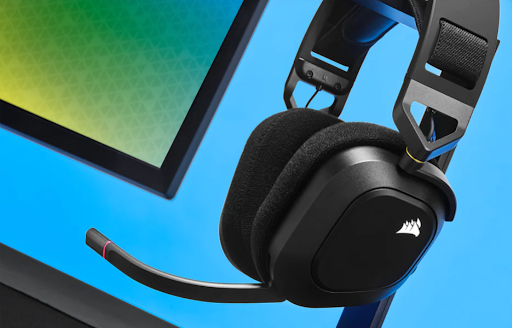 When I looked at the price of the Corsair HS80 RGB Wireless headset, after having tested it thoroughly, I was more than a little surprised. I thought, based on the build and audio quality, that this would be in a much higher price band than the mid-$Aus200’s that it’s going for. To use this you’ll make all the usual concessions that you usually do for gaming headsets, and that is annoying, but if you do indeed need a headset specifically for gaming, then this one more than ticks the boxes.

It’s a pity that the device looks as slick as it does, because while it is a great-looking headset with its chic black aesthetic and stylishly implemented lights, it’s not one that you can use in daily life. The microphone isn’t detachable (and no one likes walking around in public looking like they’re cosplaying a telemarketer), and there are no corded connectivity options, which is still a big deal for a lot of portable electronics. Furthermore, there’s no Bluetooth, and that is a design decision I have very little patience for. Because of this decision, the headset only works with PC, PlayStation 4, and PlayStation 5. You won’t be listening to music on it if, like most people, your PC isn’t your music-playing device. You won’t be playing your Nintendo Switch with it, or watching movies. I can only assume that Bluetooth (or the option to us cords) wasn’t included as a way of cutting costs, but what this means is that people need to buy multiple headsets and, when you’re pushing into the hundreds of dollars range, people shouldn’t be doing that. All my favourite headsets have been versatile things that I can use for just about everything.

When you sit down to play games, though, the HS80 RGB Wireless immediately comes into its own. For a start, it is ridiculously comfortable to wear. In the hand, the headset is fairly heavy and feels sturdy, but the floating headband does a remarkable job of lowering the weight burden over the ears. The speakers, meanwhile, engulf the ears nicely with a foam that is certainly firmer than some I’ve used, but comfortably so, even after long hours of play. Altogether, the headset fits beautifully, stays in place, and the microphone is nice and out of the way, whether I have it down for talking, or up so I can focus on immersing myself in the game. 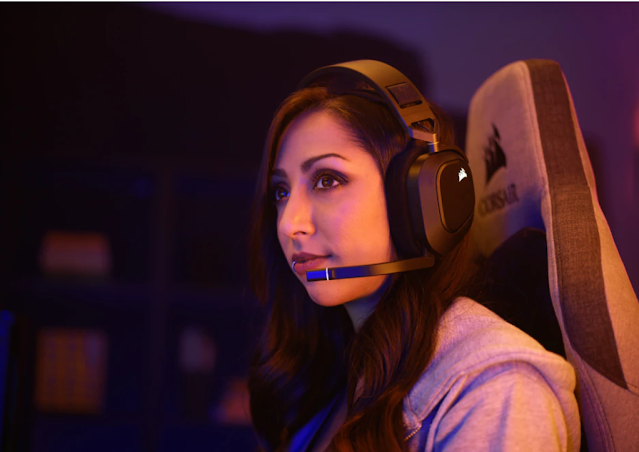 Comfort would be for nothing if the quality of the sound wasn’t there, and Corsair’s headset delivers in a way that is genuinely eye-opening. The speakers feature Dolby Atmos technology baked right in there, which allows for 3D audio that really helps you appreciate those games from which sound direction matters. For regular music and gameplay, the 50mm neodymium audio drivers don’t just sound science fiction-impressive, they enable a 20Hz-40,000Hz frequency range, which is vastly better than the bass-heavy drivers that we get in most games. Now dialogue sounds crisp and soaring music has the same impact as the heavy bass of gunfire. For people who have taste in games beyond the AAA-blockbusters, the HS80 RGB Wireless captures the nuances in the games that you like too.

Finally, let’s talk about the Miku test. The Miku test is a DigitallyDownloaded.net trademark test that we put all wireless audio equipment through, and the reason is simple; when you’re playing a Miku game on Extreme difficulty, even the tiniest bit of latency is going to ruin your score. You think a ping rate of 50 or whatever ruins your online game? Wait until you try a Miku title with latency. And, after 1,000+ hours of training in those Miku games, we’re pretty confident that we can detect latency.

The HS80 RGB Wireless provides 24 big/48kHz audio resolution with no noticeable issues with latency. The headset’s wireless signal will automatically hop channels if there is any potential congestion or disruption, so this is a good choice for those of you that live in apartments and regularly have to deal with wireless noise disrupting any wireless experiences. There’s some good distance on the headset, too, giving a solid 15-metre range before even the slightest disruption became evident. 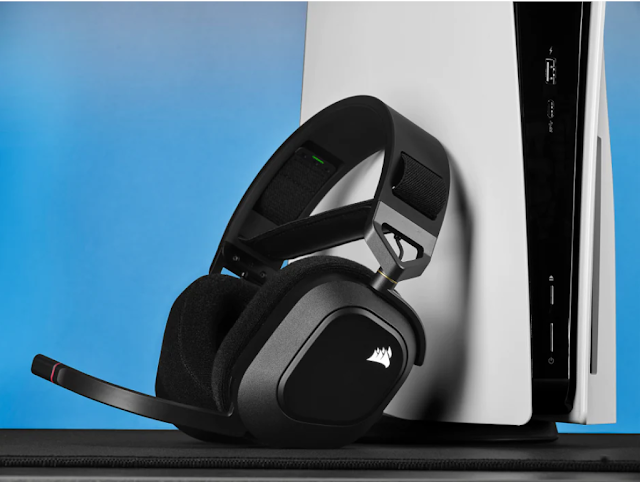 Finally, there’s the battery. Corsair apparently realised that gamers rather like their marathon sessions because even when I was getting lost in the intensity of a JRPG, my PlayStation 5 controller was running out of juice well before my headset was. It seems to charge nice and quickly courtesy of the USB-C cord, too.

If you take the quality of sound and the technology that has been built into the Corsair HS80 RGB wireless, and apply it to a headset that has a wider range of uses, then you would be looking at one of the best quality mid-range headsets of all time. The Dolby Atmos is beautiful, latency is a non-issue, and the clarity of the drivers is pristine. The headset is also wonderfully snug and comfy, and while it’s durable enough to survive some bangs, it’s also not going to fall off your head when you spin around, whiplash speed, because someone saw you deeply immersed in a horror game and thought it would be funny to poke you in the back (thanks, wife). It’s just so disappointing that Corsair has limited the device to a small handful of applications. Yes, it’s great for a gaming session on PC or PlayStation, but I would imagine that most people would rather spend $200+ on a device that they can use for all their audio experiences. I understand why gaming headsets exist, and for the most enthusiast of enthusiast gamers, I can see this resonating. It’s just that it’s a device with an inherently limited market appeal.

Review: The Mysteries of Ranko Togawa: Murder on the Marine Express (PC)