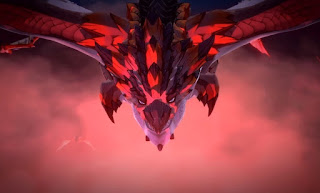 Related reading: Also released this year, Monster Hunter Rise is a spectacular “proper” entry in the series. Our review.
The game features all the elements that you love from Monster Hunter, including the endless grind for resources to improve and construct new equipment, the gorgeous aesthetics, expansive environments and detailed, creative monster design. It even uses the now-familiar musical riff as the battle victory ditty, which has immediately slotted in at #2, just after the Final Fantasy battle victory tune, as my favourite musical reward at the end of combat in a JRPG. I actually didn’t think that it would have been possible to recapture the spirit of Monster Hunter quite so perfectly while taking its action combat system away from it, but Stories does that, and it does feel very much like a Monster Hunter title.

And yet, it also has its own qualities, and they almost universally enhance the Monster Hunter experience. Firstly, there’s a deeper narrative to Monster Hunter Stories (goes with the title, I guess), and while it acts more as fan service than anything deep (and by “fan service” I mean a “fan fiction”-style story written for pre-existing fans of Monster Hunter, rather than anything to do with bikinis and exposed midriffs… though it does have plenty of those too), the story that is there is good fun and has a nice environmental theme to it. I actually thought it was a little reminiscent of some of the earlier Ghibli works, like Nausicaä and Princess Mononoke in the way it addresses the impact – both toxic and harmonious – that people can have on the natural world around them. So much of Monster Hunter tradition has been about going out and slaughtering nature for the purposes of your consumption. Stories tries to pitch a far more symbiotic relationship between humanity and monsters as utopic, and that is nice. 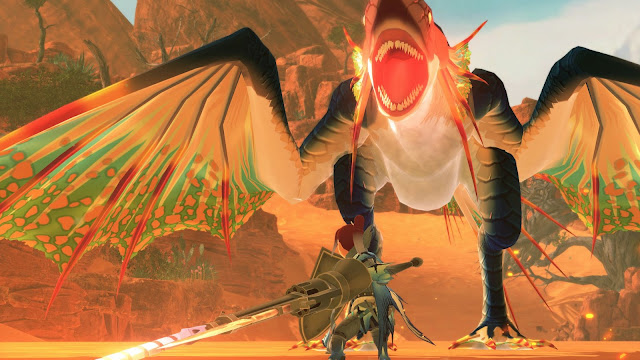 Secondly, and related to that symbiotic relationship I just mentioned, Stories has a Pokémon-like collection mechanic. By tracking down eggs within the world (usually a reward for defeating a boss), you can collect eggs that you can hatch back at town. These hatched eggs result in monsters that are instantly loyal to you and can be added to your party on future adventures. They help out with combat (all of which have their own strengths, weaknesses, and special abilities), and they can also help with exploration. Some monsters climb vines. Some can jump to reach otherwise inaccessible islands or platforms. On top of that, not all eggs are equal in quality, and you’ll want to sniff out the really good ones to have the most powerful monsters in your party.

Given that these monsters are all Monster Hunter monsters, and therefore distinctive, interesting and delightful in design, building up a stable of the 80-odd monsters is a genuinely rewarding process, and Stories has been the first Pokémon-like game I’ve played in quite some time where catching ‘em all was something that I wanted to do. Even Pokémon doesn’t have that kind of pull with me, these days and that’s because the simple reality with most of these games is that there are always dud designs that make hunting them down more laborious than its worth. Monster Hunter Stories has no dud designs. Really the only issue I have with this side of the game is that the monsters in your party are called “monsties.” Monsties. That’s just silly.

The turn-based combat system, being the most significant departure from “vanilla” Monster Hunter, is itself a streamlined delight. The basic combat system works on a “rock-paper-scissors” model; characters can use strength, speed, or technical attacks, with each attack being strong against one other form of attack, and weak against another. Each special ability belongs to one of the three “forms” of attack, and each enemy monster is predisposed to using one particular form of attack. You need to try to predict and exploit the weaknesses in your opponent’s attacks, in other words, rather than the opponents themselves, and that’s a good dynamic that helps minimise how easy it is to exploit your way through the game by using the same rote attacks on the same enemies ad nauseam. 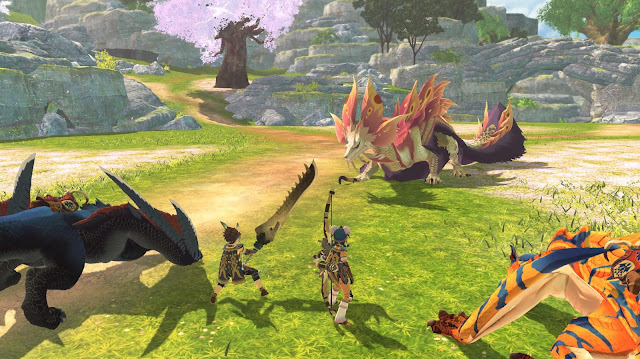 Of course, there’s a lot of moving parts working within this system. For one thing, you and your monster buddy can team up, if you’re both using the same kind of attack and your opponent is using the wrong attack in return. That resulting combined attack deals massive damage. Once a buddy meter has built up enough you can also ride your monster buddy, which allows you to dish out an even more powerful special attack. You’ll have other allies that you can work in partnership with, too, and there are a huge range of weapons you can take into battle, and, just like Monster Hunter, each of those weapons has its own utility.

It’s genuinely impressive how accessible this combat system is without compromising on its ability to challenge players. JRPG developers constantly struggle to hit the balance here – streamline things too far and veterans find it too simplistic for its own good. Get too wrapped up in systems and statistics and those less familiar with the genre find it overwhelming. Monster Hunter Stories has an excellent, all-ages and all-experience-levels combat system here. One that feels dynamic and interesting, prevents even the longest boss battles from becoming an exhausting grind, has plenty of fireworks, and allows for plenty of variety.

The only meaningful issue I have with the game is the moments where it indulges a really strange and very unnecessary juvenile streak. I mentioned the use of “monsties” as a descriptor earlier, and that’s one example, but the really big issue is this damned felyne companion, Navirou. He’s largely there for jokes and comic relief, but he brings the same kind of for-children “humour” energy that Jibanyan brings to Yokai Watch. The difference is that Yokai Watch is for young children and Monster Hunter Stories is quite blatantly not. It’s bright and colourful, sure, but it’s also quite clearly adult in tone across so much of its narrative, aesthetics and themes, and the core audience for this game is people who enjoy the “main” Monster Hunter series… which are most definitely not for young children. I don’t begrudge the “cute” elements in the game, but its sense of humour is the one part of the game that sometimes runs off-beat to the rest to the experience. 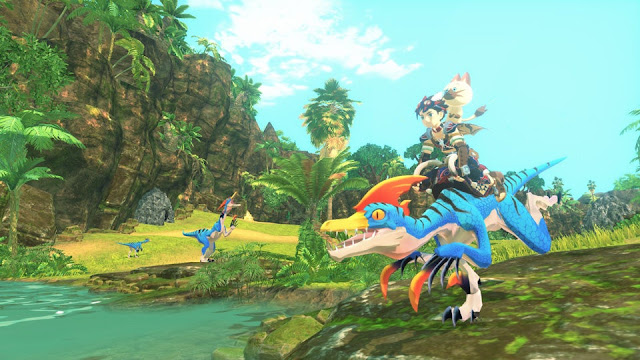 With that being said I do wonder how much of that has to do with the localisation. If I was pressed to guess at this, I’d be inclined to wager that the localisers have played up the juvenile-pitched humour due to the cute presentation of Navirou, but that’s in recognition that the west doesn’t really “get” cute characters being quite dry and adult. The Japanese, however, have a long and proud tradition of being very “dry” with their “mascot characters,” and I wouldn’t be surprised if there are some wires crossed (deliberately) to make the game work for a global audience. Of course, I could be entirely wrong here, having not played the game in Japanese and it may just as well be a simple tonal misfire from Capcom. At some stage, I’ll explore this and try to play the Japanese version to see for myself.

But then this is a minor issue overall. The presence of Navirou doesn’t, on any level, diminish the rest of Monster Hunter Stories 2: Wings of Ruin. In fact, I went into this expecting little more than a second-tier spinoff from the “real” Monster Hunter, and I’ve walked away with it being one of my favourite JRPGs of the year, in a year that has included Bravely Default 2, NieR, Atelier Ryza 2, and Scarlet Nexus. That is some incredible company to be in. 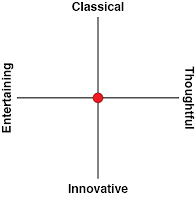 Blue Reflection: Second Light is going to be the most beautiful, wholesome game of all

Monster Hunter Stories 2: Why I love this “monsties”-filled JRPG