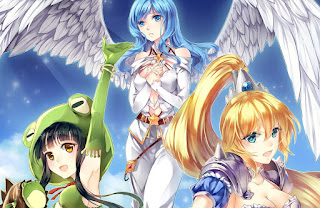 It has been great to see Taiwan become a growing force in video games, in no small part because culturally and aesthetically there are synergies between it and Japan that has meant that many of the games that come out of Taiwan do great things with genres pioneered by the Japanese. Empire of Angels IV is an example of this, as a tactics RPG that will feel immediately familiar to anyone who has ever played Final Fantasy Tactics or any of the many other titles inspired by that classic. Courtesy of EastAsiaSoft, we can also now enjoy Empire of Angels IV in English on our Switches. Don’t worry, you don’t need to play Empire of Angels I through III to enjoy this one, and the good news is that it is very enjoyable indeed.

However, I do need to put a big disclaimer up-front; the localisation of this game is rushed. Very rushed. I don’t know if it was handled by a third party and had minimal budget for editing, or EAS took it on directly (though that would surprise me as EAS’ people usually have a good eye for detail), but it’s not a comfortable reading experience. You’ll be able to follow the broad narrative strokes, but any nuance that might be held in the game is lost by the translation. In this way, Empire of Angels reminded me a little bit of last year’s Banner of the Maid out of China, but that was much cleaner than this one.

So, to digress for a brief moment here: I really do love that we’re seeing more games out of Taiwan, China and other parts of Asia. Since the overall region has started opening up to consoles and game development we’ve also seen more publishers (like EastAsiaSoft) taking on these projects, and the indie scene in particular seems to be really strong. Anyone who enjoys Japanese games should be likewise excited by these trends, because games that come out of Asia are going to be more frequently akin to Japanese-developed titles than anything that comes out of America. But because localisations from languages like Mandarin are still a fairly new novelty, there isn’t the same robust localisation infrastructure right now. Remember how infamously bad localisations of early-era Japanese games could be? Well, that’s where we’re at with much of mainland Asia game development currently. It’ll get there. For now though it’s still something of a frontier. 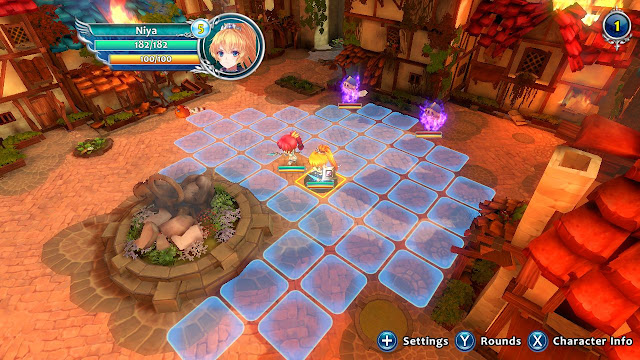 That digression aside, I did enjoy Empire of Angels on every other level, a great deal. The aesthetics are gorgeous, for a start. Character profiles are heavily fanservicey, but fun in design, and because this is an all-girls game (that’s where the Empire of Angels name comes from), you’re going to get a lot of those fun profile designs. Combat environments are likewise attractively rendered in 3D, and in combat, the best comparison I can think of for the character models is Utawarereumono, with huge-headed, chibi character models that scamper about and swing away at one another quite cutsey-like. What is different is that when you defeat the (human) enemies, they lose their clothes and do a little shy run off the map. I’m not sure what the developers were thinking with that, since those character models themselves don’t exactly lend themselves to sexy fan service, but there you go. It’s in there.

There’s a good progression system and unlock tree that allows you significant control over your character development. Each character class has three different “tiers” of expertise, and after the first one there’s a couple of different options as to what specialty within the class your character will take on. So, while your party will start out with multiple archers and lancers, eventually those will spin out to different kinds of archers and lancers, each with their own unique skillsets, for a pretty vibrant party. I would have liked a bit more synergy between characters on the battlefield – aside from standard healing and support abilities all characters do their own thing while more advanced modern tactics games encourage you to set up elaborate combinations of character abilities so they work together – but that’s only a minor issue. I still felt party development and tactics were an engaging process.

Flow in combat is an interesting one. Maps are the right size, and each map has treasure chests in out of the way places. You’ll want to get these, both for the direct rewards and the fact that your “score” in many missions depends on it, but they can actually be a tactical challenge to navigate sometimes. Sometimes I would accidentally complete a level before having the chance to nab a chest, for example. I liked that. It added an extra layer of tactical detail to the combat. However, I did feel like there was an artificiality to the way the game scales – i.e. you’ll need to grind up some experience levels at times because you’ll hit a difficulty spike with enemies that have just too much health and damage capabilities to handle, no matter your tactics. And yet when you’re roughly on par with the right experience level, healing abilities are powerful enough that there’s never really a sense of threat in the combat. Some more nuanced tactical systems would have overcome this by shifting the reliance on experience levels to overcome enemy difficulty. 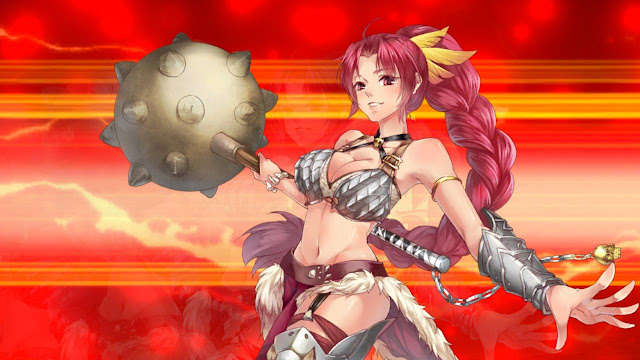 Finally, this is quite a no-frills approach to the tactics RPG genre – it’s largely linear, and outside of moving from one battle to the next, there’s not much to do. Banner of the Maid, which I mentioned earlier, had a whole diplomacy system to deal with between battles, and higher-end tactics RPGs – remembering that Disgaea is just around the corner – have mountains of depth and systems to play around with.

Of course, it would be unfair to expect Empire of Angels IV to be an equivalent experience to Disgaea, and I don’t. Empire of Angels’ strengths are its streamlined tactics engine and its fan service, and the game delivers both of those with exceptional proficiency. It’s just a pity that the localisation stops me from enjoying the characters as much as I think I might have otherwise – everything sense I have tells me that in its native language Empire of Angels IV would be quite the out-there good time. As it is, though, the game’s just lucky that it’s gorgeous enough and plays so nicely that it got its hooks into me anyway. 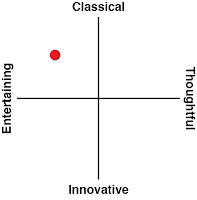