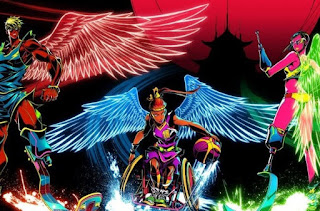 You’ve got to feel genuinely sorry for Japan. The Olympics was such a big deal and source of pride for the country, and for it to be trashed completely by a once-in-a-century pandemic is a cruelty that the country didn’t deserve. Nonetheless, the Olympics are going ahead, and so too are the Paralympics.

Unfortunately, in many parts of the world, the Paralympics are an afterthought to a degree that’s almost insulting (actually there’s no “almost” about it). That’s certainly the case with Australia’s interest in the event. Consequently, we haven’t seen too many efforts to turn the Paralympics into a video game. Every Olympics comes with an official tie-in game (two, these days, if you include the Mario & Sonic ones). But there has never been an official Paralympics game.

That is, until now. The Pegasus Dream Tour is now available on iOS and Android, and is a free-to-play game. It features nine of the world’s top para-athletes, and you’ll be able to compete in a range of para-sports including boccia, five-a-side football, athletics and wheelchair basketball.


Now, yes, it is a mobile free-to-play game, but it’s also probably not the kind of mobile F2P thing you’re expecting. There is real development talent behind this one, as it was created by JP Games – a start-up studio fronted by Final Fantasy XV director, Hajime Tabata. Take a look at the trailer and the screenshots and you’ll see pretty quickly that this is a genuine effort, and it looks excellent.

Hopefully, this helps introduce people to the value and quality of the Paralympics. This is a good thing that everyone involved has been working on.

Mario Golf: Super Rush – Why I love this game