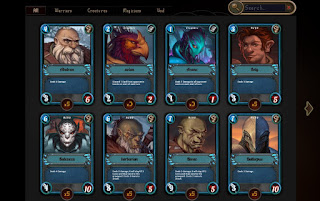 Who doesn’t love a good card game? Artha may have landed on Steam with no splash whatsoever (there’s not a single review yet, despite the game being there a month now), but perhaps it will get a better shake on itch.io, because it does look refined, and the muted response to date may well be simply because it’s competing in an incredibly difficult field. Artha is a PvP CCG with a really nice art style, after all, and there are a lot of very successful examples of those. 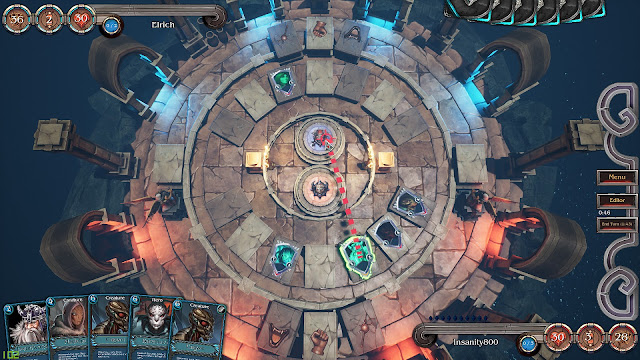 Artha is also a bit of an experiment, since most digital CCGs are free-to-play and make their money by selling packs of cards. Artha, however, has a relatively premium up-front price, with free card sets and deck updates for people that buy into it. This would seem to be a risk since it is almost impossible to reverse the slide into “free” gaming – especially when the game isn’t leveraging a well-known IP, but who knows? We wish all the best to the developer in this.
Dark Hearth

I love the black and white aesthetic – there’s something about the contrast between the two extremes that appeals to me aesthetically. It always has. It’s my favourite form of photography, and in the rare examples of game developers playing with it, I’ve always appreciated those efforts, too. Itch recently hosted a “black and white game jam,” challenging players to come up with games that only use those two colours, and Dark Hearth is a good looking example of an entry. 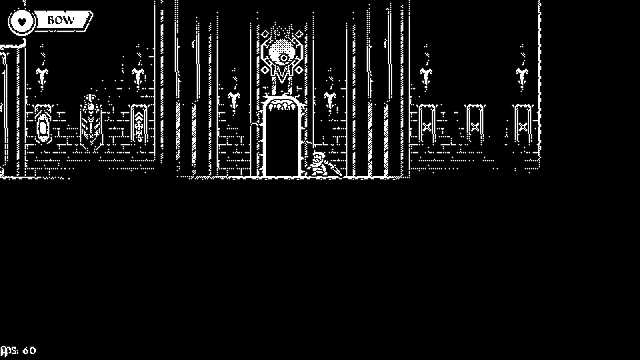 A “boss-only arena game where you must defeat every boss to save a once colourful world from going dark forever,” The Dark Hearth looks nicely grim, and will no doubt be accompanied with a stiff challenge. One of the comments mentions that it reminded them of a “black and white Rogue Legacy” and it does seem to be very heavily inspired by that, and that’s b no means a bad thing. Rogue Legacy has been a popular, enduring game for a reason.
1351: The Darkest Days
As I’ve mentioned a few times on this feature in the past, I do love my Game Boy games, and developers working within the constraints of the Game Boy to create “new” Game Boy games in 2021 is one of my favourite things about itch.io. 1351: The Darkest Days is a highly intriguing new one that has popped up this week. For those that aren’t aware, 1351 was smack-bang in the middle of the Black Death plague, so you can probably guess that this game is pretty dark. 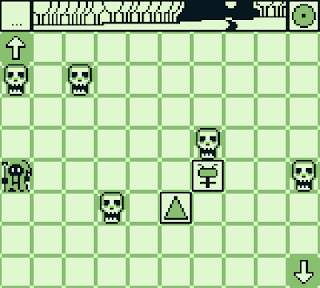 In 1351, you are tasked with finding a cure to the plague, and this takes the form of a a strategy game. You play as an alchemist, and you need to face down a deadly miasma, gather together the Souls of the Elements, and summon The Great Work of Alchemy which will in turn lead you to the Great Elixir and cure for the disease. Randomisation means that this game has been designed around replayability, and as simple as it might look… this thing really does look like some tactical fun that you’ll be able to drop on to your emulation consoles.

Back in the 1980’s and 1990’s, the art that you’d find in pen-and-paper RPGs were often very… pin-up in tone. We’ve moved on from there as those RPGs have become more mainstream, and that’s a good thing, but those old books do have some gorgeous art that was undeniably successful at the specific notes that they were looking to hit. Lands of Sorcery seems to be trying to tap into that aesthetic, while also providing players with a complex, rich fantasy adventure. 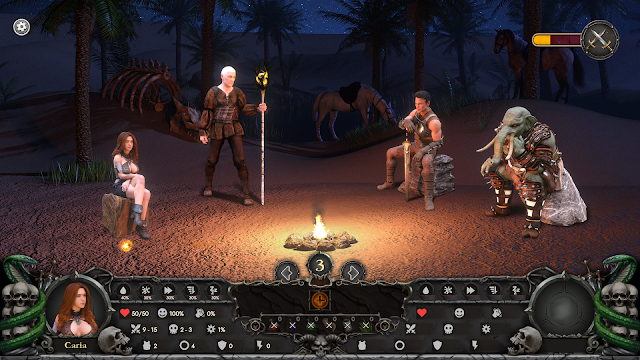 This is an expensive game by itch standards, but if it’s delivers what it’s promising then it is a full-scale production, too. You’ll be managing a large roster of fighters, with eight hero classes and 26 different enemies to fight. There’s a full intimidation system in place, allowing you to win battles by scaring enemies away, and a lengthy campaign to work through. If you’re a fan of B-movies and Conan the Barbarian, then this one may well be worth looking into.