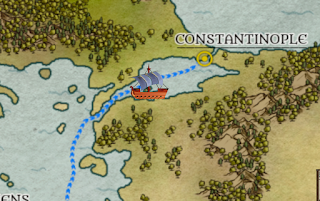 This little microgame is totally free, and the developer has no plans to add to it, but it really does look like a thing that deserves to be expanded on. This developer has some genuine talent going for them. This is a fast, fluid action game with a wonderful, high-contrast aesthetic.
Given that the game can be finished in around 10 minutes, it’s probably going to come as no surprise that it’s quite simple in scope, but it is a timeless classic concept: you play as a Japanese demon (Oni) that has been trapped by a vengeful shrine maiden, and you need to fight to escape, with the eventual target being the shrine maiden herself (naturally). The game is inspired by the Touhou Project, so you’ll also get to play “spot the reference,” if you’re familiar with that series.
Maritime Calling

Next up we have a game that has popped up on itch.io as a way of helping to raise awareness for it on Kickstarter (where, at the time of writing, it has been around 50 per cent funded with 17 days remaining). Maritime Calling is inspired by Sid Meier’s Pirates, FTL, and Age of Piracy, and that certainly sounds good to us. We do like our pirate RPGs.

You’ll get to manage a full crew of pirates, explore exotic locations, and directly control your ship with a full set of mechanics (steering, sails, rigging and the works). You’ll need to repair hull damage on the go, plan provisions, lead inland expeditions and do everything else that the pirates got up to, complete with roguelike permadeath, meaning that you’ll need to carefully weigh up every decision that you make. Before you back this promising-looking project on Kickstarter, give it a go for yourself and see if you see potential in there for it.
Toree 3D
Toree brings me right back to the N64 era of 3D platformers. Not so much the 3D Mario 64-likes, but rather that “second-tier” for the genre. The likes of Chameleon Twist or Glover – the early-era 3D platformers that time has forgotten. That’s not a diss on Toree, either. I often found I preferred those more humble efforts, as they tended to have a charm of their own. 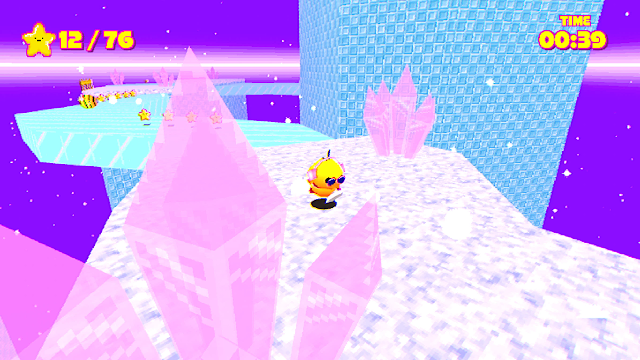 It’s a small little game with just nine levels to experience, though the developer promises that each of those levels has its own unique elements, and on top of that there are two secret characters to unlock. Throw in the fact that the main character is a real cool chick wearing sunglasses, and the action promises to be snappy-paced and easy to control. For the cost of a dollar, it seems like a worthwhile risk in order to indulge some nostalgia.
Silk Roads: Caravan Kings
The journeys of the likes of Marco Polo hold an endless fascination to anyone remotely interested in history. The adventure of travelling across such great distances in those times, experiencing all-new cultures, and establishing trade routes that we would continue to see the impact of today are uniquely real and exciting pieces of history. Silk Roads: Caravan Kings tries to encapsulate that.
With over 100 events to experience, 30 cities to explore in-between the deserts of Arabia, jungles of India and steppes of Mongolia, and a beautiful, hand-drawn map, there has clearly been a lot of research and effort put into this game by the development team. This game, unfortunately, didn’t make much of a splash on its previous Steam release, but perhaps itch.io is a better home for it.