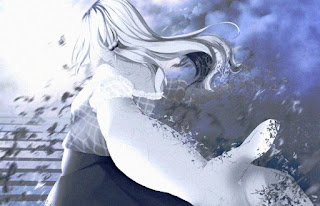 The Tides of Time

It is truly amazing to think about just how much creativity that Nintendo’s Zelda series has inspired over the years. Breath of the Wild has kickstarted an entire new approach to open-world games (Genshin Impact, Fenyx Rising), but right down to the most indie of indie games, Zelda inspires creative thinking and new ideas within a familiar context.
The Tides of Time is an example of this. It’s a short little “Time Loop” game in which you sail the oceans and explore the islands of a mysterious world. You’ll help villagers, take on bosses, and unravel greater mysteries as you go along… all with a distinct flavour that will be warm and familiar to you if you’ve grown up on a steady diet of Zelda. The Tides of Time was released on Steam in early December, but didn’t make much of a splash there. It looks like the kind of game that should turn more heads on Itch.io though.
Knight Night

One of my favourite sides of Itch.io is that it is the one place you can go where super-short games are appreciated based on what they offer, rather than what they don’t. Knight Night is a 30-minute little slice of adventure game action, and that brief runtime allows it to get its jokes in and move on before you can grow tired of it.

The naked and late for the tournament Sir Fred needs to get himself un-naked and over to the tournament in this homage to 90’s-era point-and-click adventures. It’s quite clear that a lot of thought has gone into the game – there are hidden trophies and beyond – and you can give it a play for free in-browser before deciding whether the humour is for you, and whether want to support it with a purchase and download. The pixel art is also great and well worth taking a gander at.
Divine Emergence: REtake
Divine Ememrgence promises to be a “philosophical visual novel,” which is a pretty effective way to get me to click on over to the game’s page. But it does look like it’s backed up with some lovely anime art and there’s another hint that this might have some unique qualities to it: The game is available in English and Russian. The only reason why Russian would be one of the two languages you release a game in first is if it is made by Russians, and Russians tend to make some really thought-provoking art. They’re masters of it.
Anyhow, get a whiff of this game concept and tell me you’re not at least intrigued: “Our reality shattered into fragments of the past and images of the future. The last refuge in the ruints of a bygone world was created in order to answer the final question. Is a human able to find the way back?” Yep. Sold. At about an hour’s in length, Divine Emergence won’t weigh the backlog down, either.
Monster Girl Kingdom
The last game this week is a bit naughty, but it also looks like it could be a lot of fun. Monster Girl Kingdom is a swipe card game – the genre that Reigns pioneered, where you have a card pop up on the screen with two possible responses, and depending on whether you swipe left or right to make those decisions, the story will play out in two different directions. Monster Girl Kingdom is an application of Rule 34: we all know the rule “if it exists there is porn of it.” Well, that applies to game genres too. The gameplay of Reigns is popular, so of course a sexytimes version of that gameplay would be created. 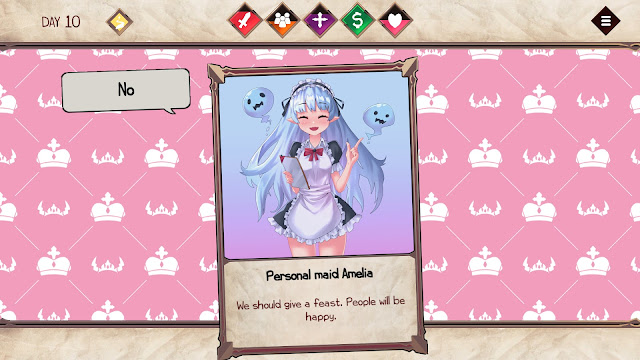 There are five different “resources” that increase or decrease depending on your choices – they represent Army, People, Religion and Wealth. If any of those reach 0, it’s game over. However, it’s the fifth resource, Love, that most of the people that play this game will care about. You want that resource’s score to hit 100. For… obvious reasons.
Jokes aside, Reigns is good fun and the art in Monster Girl Kingdom is decent enough, with plenty of pretty girls to form bonds with. It’s also pay-what-you-want to support so… why the heck not give it a whirl?

It’s time to announce a release date for the next Dee Dee visual novel! January 29!