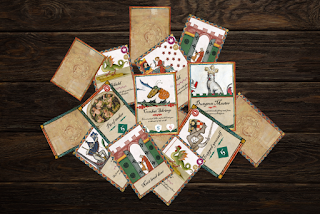 I think I’ve said this a few times by now, but I love the old Game Boy aesthetic. I love when developers need to get super-creative because they’ve got access to just a few sprites, and even have to work in black & white. Cookie’s Bakery is a new Game Boy game, and it looks like it’s a lot of fun. 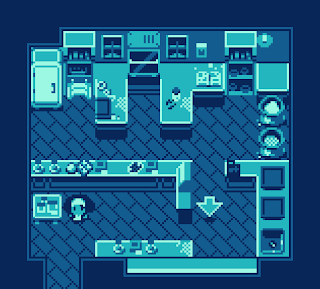 In Cookie’s Bakery. you’ve got to listen to customer requests, then find the right recipe, gather the ingredients, and also participate in the winter festival. This short little game was made for a “Secret Santa” game jam, and was inspired by the likes of Animal Crossing and Stardew Valley. You can play it in the browser simply by following the link above, or download the game to play it on emulators if you have those. Me? I’ll be playing it on a Bittboy for the full and authentic Game Boy experience.
The Collection

The previous game is an ideal Christmas season experience. After all, it’s winter-based and all about joy (giving people cookies!). The Collection, meanwhile, is not a Christmas game, but it does look like something worth paying attention to. It’s a point-and-click horror game, with a strong, artful aesthetic to go with its traditional “venture into a creepy mansion” concept. 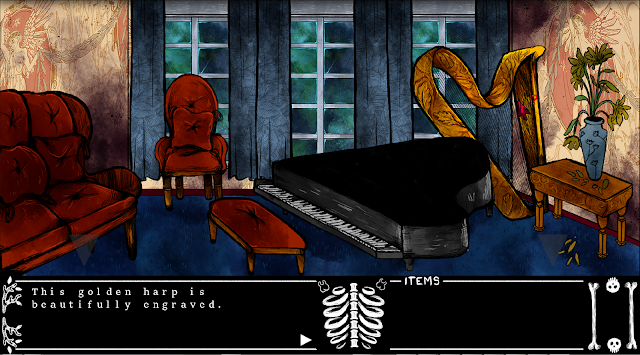 Gameplay seems to be about finding clues and solving puzzles, rather than killing monsters or avoiding stalkers. And that’s fine – if this can deliver a narrative or even just atmospheric “haunted house” experience to go with the aesthetic, it’ll be well worth the time to play it. This is a super-brief game (for some reason the developer posted a full walkthrough as a trailer, and it’s less than 30-minutes long), but it’s totally free to play, and if you want to support the developer’s vision for this and future games, you can toss them a coin or two.
Feathery Christmas
There aren’t all that many games that are explicitly Christmas-themed that get made. It makes sense, as they have such a short window to get people to buy and play them, but Itch.io to the rescue, as super-short, sweet little games like Feathery Christmas can thrive on the platform… and the developer isn’t looking for a cent with this one. It’s a lovely gift, basically. 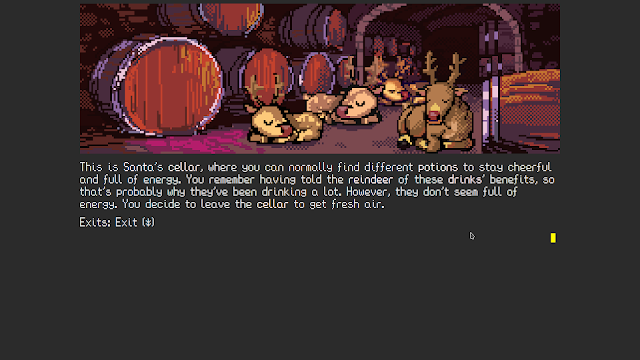 So, Feathery Christmas is a fun for the whole family classical text adventure game, in which you input text to progress the story, which looks very entertaining. See, all of Santa’s reindeer have been knocked out of commission, and so it’s up to a flock of birds to step in and save the day. It’s exactly the kind of game (with a gorgeous art style to match), to keep any young ones in the house occupied in the excitement leading up to the big day.
A Tale of Jaunty Cards
A Tale of Jaunty Cards is only at the prototype stage right now, but it shows so much promise that I have to highlight it. It’s a “roguelike dungeon crawler card game,” with a neat classical knights-in-shining-armour theme. You’ve got a simple enough goal – to help protect and guide a ward to the end of a dungeon, defeating enemies and accumulating hero points along the way. 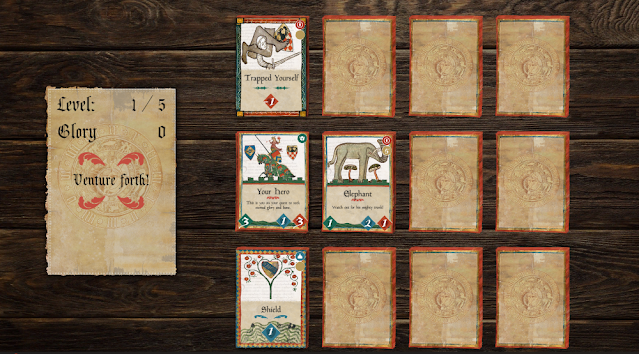 One of the books I remember most fondly from my childhood was a collection of King Arthur’s stories, made accessible for young readers with pictures and simplified language. The art on these cards looks very much like a humorous take on the art that was in that book. The developer is even looking to potentially make a physical version of the game, assuming their idea takes off, so be sure to let them know of your support for the idea and prototype if this tickles your fancy.

What we’re looking forward to in 2021: Alan’s big five

The 24 Games of Christmas! Day #22: The four Trails of Cold Steel games