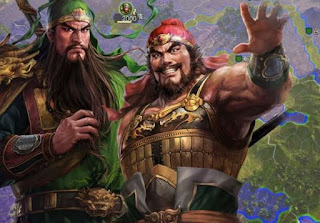 News by Matt S.
Romance of the Three Kingdoms XIV is one of the best strategy games going around. It released on PlayStation 4 and PC earlier in the year, and we absolutely. Now there’s an expanded version that’s coming to PS4 and PC… but the real exciting news here is that it’s coming to Nintendo Switch as well. I do so want my RoTK on Switch.

The game releases on February 11 of next year. If you do have the original release on PS4 or PC, you’ll be able to upgrade to this new version via the “Diplomacy and Strategy Expansion Pack” DLC.

The Retroid Pocket 2: The new standard for retro game fans?