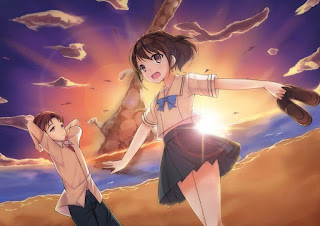 Review by Matt S.
Along with Steins;Gate and Chaos;Head, Robotics;Notes belongs to what you could conceivably call the “AAA” of visual novels. Each of these titles is characterised by having an expansive, extensive vision, exceptionally high production values, and are lengthy, content-filled stories. Robotics;Notes Elite is an upgrade to the original game from 2012 and while you probably don’t need to experience it if you’ve already played the game, watched the anime, or read the manga (unless, of course, you were one of its many massive fans), this remains a fundamentally important, potent example of the visual novel genre.

Related reading: Our review of Steins;Gate Elite.
It starts out mundane enough, with an interesting use of multiple perspectives. There are two students at a regional school on a remote island that belong to a robotics club – Kaito and Akiho – and to say their club was down on its luck is an understatement. They’re given an impossible task by the school vice principal, and told that if they can’t achieve it the club will be shut down for good. Things are made worse by the fact that one of them – Kaito – has no interest in robotics and is just hanging around becauase he has the hots for Akiho (or so I assume). The fact that you actually get to jump between their perspectives is fascinating stuff. It’s disorientating at first, but being able to see the world and situations from different perspectives is a very substantial shift in writing intent from Steins;Gate, which deliberately stuck to one protagonist’s perspective in order to heighten the unreliable narrator theme that runs through it. Right from the start, Robotics;Notes wants you to know that while it belongs to the same vaguely-defined franchise, it is very much its own thing.

This is all very mundane anime-themed slice-of-life stuff at first, but as anyone who has played either Steins;Gate or Chaos;Head would know, Robotics;Notes is anything but what it initially seems. The group starts to grow with an eclectic mix of characters joining the robot club – there’s Subaru, a dude that needs to be blackmailed into joining the group, Frau, the programmer behind a game that Kaito is absolutely obsessed with, Junna, Nae, an artificial intelligence (Airi) and a bunch of secondary characters that all bring something to the slice-of-life charm of the writing and the greater (dramatic) mysteries at play. Robotics;Notes is almost scattershot in the directions it goes, at points indulging hard science fiction, ghost stories, alternate worlds, political drama, conspiracies, and lord knows what else, and what holds it together and maintains some semblance of cohesiveness is how well-written these characters really are. You engage with the story because of those characters and because they’re believable, and the dynamics between them relatable, it becomes easier to suspend disbelief and go with the flow with the more outlandish things that happens to them. 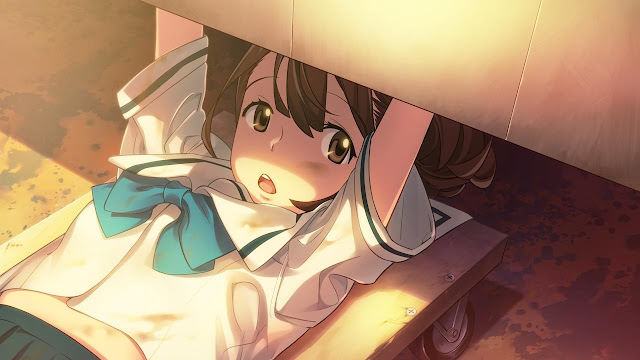 The fact that it has more narrative threads, twists, turns and surprises than a George R. R. Martin novel does mean that Robotics;Notes Elite is a long (long) game (though at least these writers were able to finish their work, George). It’ll take you around 80 hours, at a reasonable reading pace. For context, it takes around 35 hours to read War and Peace for the average reader, so, if we were to roughly convert VN to book page length, Robotics;Notes is around twice the length of the most notoriosly-long book most people cite when talking about really long things. It’s the equivalent of around 2,500 pages of novel (of course if you were to drop the text into a book it wouldn’t be that long as the VN format creates additional length in “play time,” but still, this comparison is useful context). For something that long to work and hold the audience’s attention, there needed to be something that makes the game inherently impossible to spend time away from. Robotics;Notes finds that core in its characters.

It’s gorgeous, too, and this is where the “AAA” reference at the top of the review comes in. Rather than work with static sprites or even the more advanced (though smoke-and-mirrors) “live 2D” effect favoured by most VN developers, Robotics;Notes uses full 3D character models with a wide range of animation options available to them. This allows the developer to manipulate and move the characters in a way well beyond what most other VNs are capable of, and it lends the game a vibrancy that helps make the lengthier segments palatable. There’s also frequent instances of full-standard anime animation (such as when robots are battling) and the developers were free to indulge their creativity thanks to the augmented reality motif that runs through the game. At points, you even have the opportunity to pull your character’s in-game phone out and scroll around the environments via the “photo” app. You don’t get much control over the way the narrative plays out (the only real decisions that you make involve using the “Twitter”-like application on your phone to choose whether to respond to various messages, which affects how the narrative plays out), but you feel much more participatory in the experience than with many other VNs thanks to that deeper dynamism in how the game presents itself.

It is interesting going back to play Robotics;Notes now. The original game was released almost a decade ago now, back in 2012, and the way that we interact with technology in the real world has most assuredly changed in the years since. Back when Robotics;Notes was first released, some of its ideas – AI and augmented reality in particular – were things that we knew were on the horizon, but still just a pipe dream in application. However, in 2020, there is serious movement on both fronts and we are engaging with their primitive forms in the mainstream. This makes our relationship to Robotics;Notes different a decade on than to, say, Steins;Gate, which indulges in time travel and, for all its references to reality through the use of Internet memes like John Titor, remains a true fantasy. Robotics;Notes feels like it needs to be observational because it’s addressing topics of relevance today even if, back then, it was not. 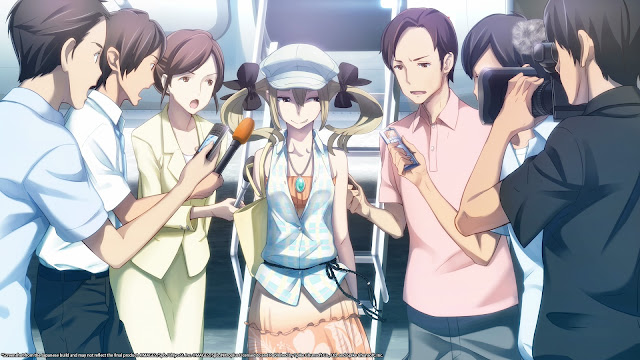 To make a clumsy comparison, there are some science fiction films, like Terminator, Blade Runner, or Back to the Future, that are so grounded in their visions that the messages that they to share remain just as relevant (if not moreso) today. Steins;Gate is a little like that, in its very strange way. Put aside the time-travelling bananas, and it’s a bunch of chuunis hanging out in Akihabara, playing around with ancient technology like CRTs and microwaves. Meanwhile, there are science fiction films that take a guess at what the real future might look and behave like. Films like Total Recall or Tron which, while still excellent fun to watch, are science fiction efforts that prominently feature computers with DOS interfaces and claim that glorified versions of Snake are cutting-edge gaming entertainment. Seeing that in 2020 adds an unintended edge of comedy to those films. In the case of the good ones (like Total Recall or Tron) it doesn’t ruin the film by any means, but you look at something like The Lawnmower Man, the dated predictions as to what technology and the future would look like completely undermine the experience.

Robotics;Notes is a little like the latter category of sci-fi to play in 2020, and that perception will likely only become more exaggerated with age. It makes a thing of giant robot battles and claims that we’ll be making specific use of AI and augmented reality to do things that we just won’t be. As far as guesses go it has done a better job than many – at one point Kaito uses the AR app to “dress” Akiho in a maid costume. I personally might have been more inclined to go with swimwear… but that aside the point is that that application isn’t so far away from how people are using their phones today. Nonetheless I do think the overall narrative is going to date the game in a way that will not happen to Steins;Gate. My guess is that it will date in a way that comes across as appealing, and the kind of quaintly retro that means we all still love Tron today, but already the game has a different flavour of science fiction, and we’re going to engage with it differently than its series peer.

With such a convoluted, complex narrative going for it, Robotics;Notes is the kind of game that you’ll end up musing over for quite some time. It’s a little more grounded in the human experience than Steins;Gate, but the eclectic mix of genres, themes and motifs that the narrative scattershots its way through means that it needed to have that groundedness to keep players connected to it. So successful is it in its writing and presentation that Robotics;Notes will be remembered as one of the truly great visual novels. It’s perhaps not as philosophical or dense as Steins;Gate, but it is more emotive and evocative.