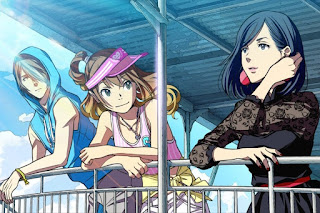 Every so often a visual novel comes along that breaks away from the “hyper-niche” reputation that the genre has to pull in people that aren’t usually that interested in it. Root Letter was one such example. A detective mystery story set in regional Japan, it was compelling for its gorgeous art style, interesting characters, and unique location and premise.

Related reading: Our review of the original Root Letter.
It was a big success, which has led publisher, Kadokawa Games, to take another swing at it (with the same localisation outfit, PQube, bringing it out west). Roof Film is not a proper sequel to Root Letter, but it does have common elements (such as the setting in Shimane prefecture) to tie it together as a mini-“series”.

I had a chat with Yasuda Yoshimi, the president of Kadokawa Games, about what they’re looking to achieve with this game, why Shimane prefecture is so appealing, and why this game is so different to its immediate predecessor.

Matt S: Root Letter was such a massive success (and very deservedly so – what an amazing game!). Was there other reasons, beyond the commercial success, that made you want to explore this “franchise” further?
Yasuda Y: The success of Root Letter has brought people from England, France, Australia and many other countries to Shimane Prefecture. This actually led the Shimane prefecture to contact us and say “Root Letter was an adventure set in the city of Matsue but we’d love if you could make a story taking place in the entirety of Shimane prefecture.” and that’s how it all started. 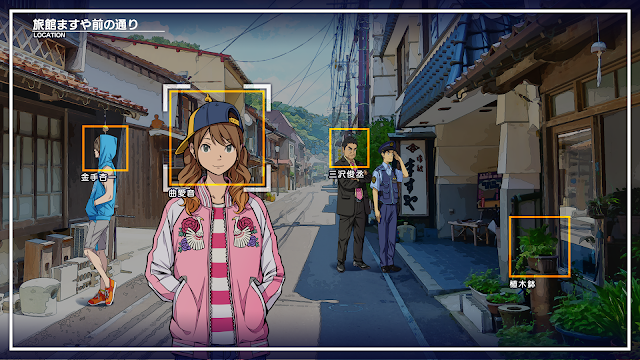 Matt S: Root Film is shaping up to be a very different experience from Root Letter – thematically, at least. What was the reason for this direction?
Yasuda Y: The director of Root Film is M. Kono Hifumi and I think he contributed to shaping the game quite a lot. Mr. Kono is quite famous in Japan, he has been the director of games such as “Clock Tower” and “Mikagura Shoujo Tanteidan”.

Matt S: How would you like to see audiences respond to the game – what emotions and themes are you looking to draw out through Root Film?
Yasuda Y: I would be happy if players told us that playing this game felt as if they were on a real trip across Shimane. It’s a game that deals with many complex themes so I believe it will evoke different emotions in everyone, but I hope the main takeaway is the importance of having a positive outlook on life.

Matt S: We’ve seen an explosion in popularity for visual novel experiences, and it’s global. Why do you think that people are happy to trade “interactivity” for deep narrative experiences?
Yasuda Y: In terms of entertainment value, the graphics, music and story of a game can provide the same emotions as a movie in a theatre. I think more and more players look at visual novels as a way to enjoy the same sensations provided by a movie.

Matt S: What are the elements of a good mystery to you personally?
Yasuda Y: To me, that would be the unpredictability. It can be some sort of trick, or a plot twist, but an important component of a good mystery is the unexpectedness and the fact that the player can be tricked from the beginning to the end. A second important point is how the characters are portrayed and how the relationship between them is conscientiously expressed. 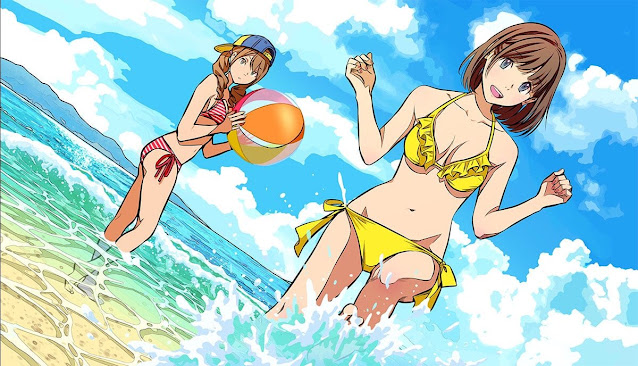 Matt S: Japanese mystery stories have always been different to western – you only need to look back at the differences between Edogawa Ranpo and Arthur Conan Doyle’s styles, with their very similar concepts and characters, to see that. When working on Root Film, did the western audience ever become a consideration, and did you make creative decisions with the global audience in mind?
Yasuda Y: The games from the Kadokawa Games Mystery series are based on Japanese people, their lifestyles, and culture, so to me, they emphasise a Japanese-style mystery story.
Related reading: A previous interview with Yasuda-san on God Wars, the excellent tactics JRPG.

Matt S: It’s safe to say that Shimane is not the best-known part of Japan – in fact, to my great shame I’ve been to 15 prefectures in Japan, but haven’t made it to Shimane yet. Do you think this “exotic” appeal of a regional area most would not be able to find on a map has helped the game’s popularity in the west?
Yasuda Y: The owner of the Nakamura Bar that appears in the previous game Root Letter is an old friend of mine. He told me that Nakamura Bar has become the last stop on the Root Letter’s “pilgrimage” to Shimane. He continued to tell a story about a player who came from abroad and said that he loves Japan so much, he wanted to know more about the country on a deeper level after having been to Tokyo, Kyoto and other more common tourist spots. He said that playing Root Letter made him want to go to Shimane, a place with a particular role in Japanese history and mythology. So I think to him, this setting was one of the big appeals of the game.

For foreign players who already know about Japan or travelled there a few times, this is for them a great opportunity to learn even more about it. I think it motivated some people to visit this place.

Matt S: Do you think there is room for more Root series games down the track?
Yasuda Y: I will be working as a director on so many upcoming titles that I won’t have the time to be a producer for the next game in the Kadokawa Games Mystery series. I hope someone will volunteer to become the producer and lead this next project. 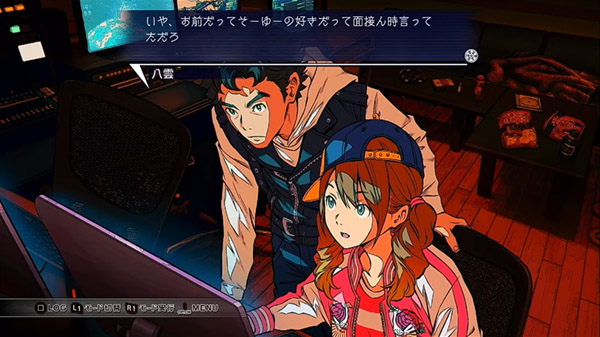 Matt S: Finally, I’m pretty sure Aine Magari is going to be my favourite character in Root Film. As we all know, all the popular characters in anime and games get scale figures done of them now, so what are the chances that we’ll see an Aine Magari figure in the hobby shops down the track?
Yasuda Y: Thank you. Magari also happens to be my favourite character. I would love to see figures of the six members of the VA idol group i☆Ris who worked on Root Film!