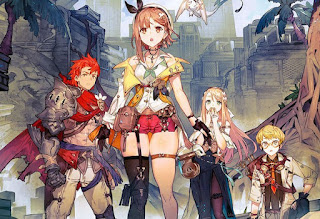 It looks like Atelier Ryza 2 will be the first “big” game of 2021, when it releases on January 26 in North America, and January 29 in Europe.

A direct sequel to the original Atelier Ryza, players will be able to catch up with all their old friends as well as a number of new allies, explore the world in greater depth, and of course, get to know the girl-that-chafes (i.e. Ryza and her monstrously thicc thighs) even better.

The game will release on PlayStation 4 and 5, as well as Nintendo Switch and PC via Steam. No Xbox for the one. It’ll be interesting to see how it goes. The original Atelier Ryza was a breakthrough game for Gust’s (very) long-running series, with sales that propelled the series into the mainstream for the first time. Surely fans are looking forward to a sequel. On the other hand, conventional wisdom is that you don’t sell a game in January if you want it to bring in the big monies.

Then again the world is so messed up now conventional business wisdom likely no longer applies. Anyway! Sales aren’t our responsibility. Enjoying good games are, and Ryza 2 will almost certainly be a very good game. Now you can add it to your calendar.