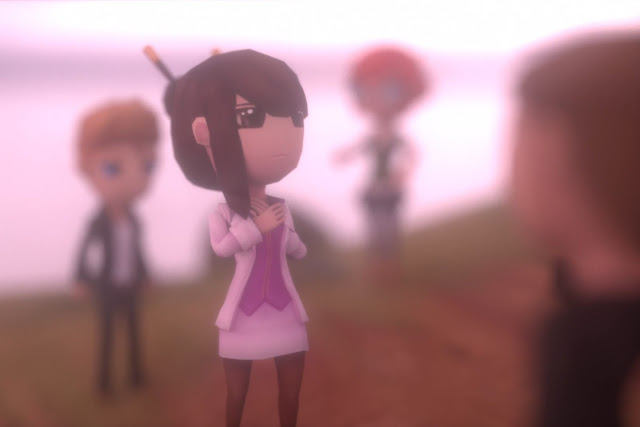 Earlier today, retro-themed narrative game, Woodsalt, got a release date and a new trailer and… it’s looking really, really nice. Promising to do away with the grind that could turn otherwise great games into time-sinks, Woodsalt has a lot of potential, backed with a lovely art style and a true indie spirit.

I had the opportunity to drop Team Woodsalt Creative Director, George Berry, a couple of questions about what inspired the game, what his goals were with it, and why nostalgia was such a powerful motivating force.

Matt S: What is it about 90’s-era JRPGs that inspired you to make this game?
George B: The first game I had for my PlayStation 1 was Final Fantasy 7 (which by the way is the best game ever). I remember my older brother had a magazine where they were doing previews of it and it was so different from the games I was playing, such as Sonic and Mortal Kombat.

I think what Asian games and indeed most Asian media do extremely well are stories that relate to the core of the human experience. I guess maybe western media is full of certain hero fulfilment stories of action heroes and to come to a genre that had these grand sweeping epics tied in with fantasy and sci-fi it really spoke to me. They have such a unique sense of humour and wanderlust that you just didn’t get with games and stories of the west. Not to say I don’t love the odd shooty bang bang game, I really do (COD: Advanced Warfare had a fantastic campaign and I will die on this hill) but there’s just something about the stories of the classic era JRPG’s that really made me feel things, and that’s what I really wanted to bring back. 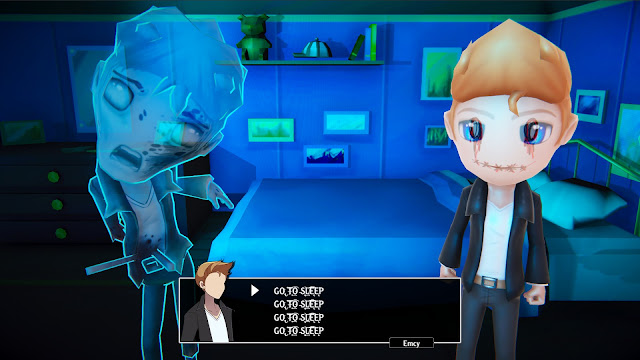 Matt S: I love the “no-filler, no fetch quests” promise. Even as someone who loves JRPGs, I’m growing exhausted with the way games pad themselves out arbitrarily. Why did you think it was important to respect the player’s time (and how long will it take to play Woodsalt)?
George B: I’m 31 and I have two jobs (this and my corporate job in London to keep the lights on and pay the team). I have friends, family and work to all deal with and I constantly found myself getting really annoyed with games like the original Ni No Kuni for padding the story with grinding to level up. It’s just so pointless to make me get a set of numbers up in order to proceed. The only difference is that my team had higher stats. I didn’t learn anything new, I just pissed a bunch of time up the wall beating on little creatures to the extent I was worried PETA was going to bust down my door. I just wanted the story to progress and learn more about the world, and I loved those parts. I haven’t even picked up the second Ni No Kuni because of that, and Persona 5 has been collecting dust because I just don’t have the time.

With Woodsalt I just stripped that all out. To get all of the content in the game you’re looking at around 25 hours, including the multiple endings and such, but it’s split into chapters so you can dip in and out and know that every time you pick it up you will get more story and absolutely no nonsense. We stripped so much out of the game to streamline it.

Matt S: When you say that the game is “narrative-led”, what kind of deeper themes are you driving at with this game? The press release drops the word “existential” which, as a fan of Sartre and Camus, always gets my attention, but what do you want people to take away from their time with the game?
George B: I’ve always been afraid of death. I don’t mean to sound edgy, but I think that anyone who claims otherwise is lying to themselves. We all are, it’s biologically hard-coded into us. There is a lot of my thoughts and questions in Woodsalt, but we try not to be too heavy-handed with it and let the themes sort of speak for themselves. There’s a lot of questions and frustrations I have with our current world that are in the game such as how everything has become two-sided these days. There is no debate or discussion, it’s just us VS them. I also love talking about what could possibly exist with currently known physics such as parallel universes and time dilation.

I’m also borderline obsessed with the idea of consciousness and the point where a “thing” becomes a “being”. My favourite author is Phillip K Dick and I adore how he holds machines with the same reverence that he holds people. It’s a thought that plays on my mind a lot. 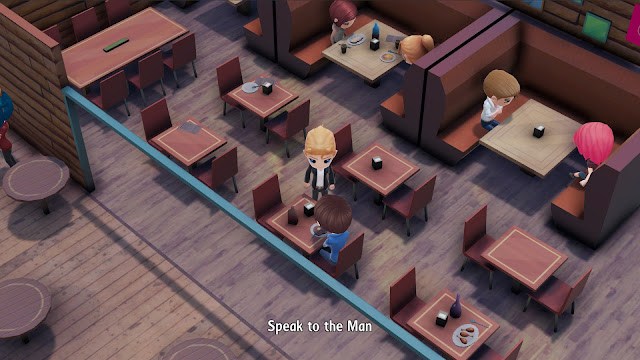 Matt S: Tapping into nostalgia is a difficult challenge – on the one hand, you want the game to be faithful to the classics, but on the other, in many ways game development has moved forward for the better and player expectations have shifted in kind. Was it a challenge to balance old and new with Woodsalt?
George B: Honestly I can’t tell people if the game is great or not, that’s down to the individual and I’m not going to blow smoke up anyone’s backside by saying it’s “the return of the 90’s JRPG!” because it’s not. All we did was allow our love for the genre guide us. We didn’t try to replicate anything (aside from the chibi art-style, perhaps) and just did our own thing with our own sense of humour and dark twists and turns. You can go into Woodsalt with the knowledge that you’re going to see the inspiration, but it’s its own thing

I say this often to the point my PR team wants to slap me, but basically, I looked at Persona 4 and said: “let’s do this but without the combat and dungeons”.

Matt S: Finally, what does success look like for this game – obviously sales are important, but beyond that, when the feedback and player response comes back, what are you hoping for with this game?
George B: Team Woodsalt is made up of some really talented and passionate people. I want to do right by them and provide them with a stable career working on something they believe in. I want to change this industry to get rid of crunch times and treating your staff poorly. I want to create a FULL JRPG and a Souls-esque game. We have about seven stories for the Woodsalt universe all interconnected.

I just want to make people proud and do right by my people, man.