Mojiken Studio’s next title has a launch date

Developed by Indonesian developer Mojiken Studio (She And The Light Bearer) and published by Toge Productions (Coffee Talk), A Space for the Unbound is a short (I’m talking two hours) point-and-click title set in rural Indonesia during the late 90s. It was announced today that the game will launch for PC via Steam on September 22. Here’s the latest trailer:

The game follows Eda, a young woman with supernatural powers who has lost the way to her dreams and to finding love. She meets a boy named The Owl, who will revive that passion, help her find a spark, and teach her all about heartbreak. The surreal world consists of disjointed rooms of memories. There are puzzles to solve and stories to uncover.

The most fascinating part of the game is that it isn’t told through words or dialogue. The art does the talking. I mentioned Mojiken Studio before, but let’s be more specific: the game is the brainchild of Brigitta Rena, a famous Indonesian artist who has created games before. The artwork? All hers. She is absolutely brilliant.

Who doesn’t want to play a 15-year-old game about theme parks?

No, really, who wouldn’t want to play Roller Coaster Tycoon 3 again? The third in the beloved franchise by Frontier Developments originally launched for PC in 2004, but hey, everything old is new again on Nintendo Switch! Roller Coaster Tycoon 3: Complete Edition will launch for Nintendo Switch and PC (via Steam, Epic) on September 24. Its price is US$29.99, which seems like a lot for a port of an old game but a steal for a game with all its expansions, so it events out. A trailer:

For those unfamiliar with the Roller Coaster Tycoon series, I can tell you its remarkably enthralling. It first launched when I was in my mid-teens, so I have extremely fond memories of building parks, designing roller coasters, and yes, sometimes watching my customers plummet to certain death on said roller coaster. The games are all basically the same: there are scenarios in which you can build a park, or you can go at it freestyle in sandbox mode. As a park manager, control finances, select shops and services to open, and hire/allocate staff (if they’re lazy, you can fire them).

This is Roller Coaster Tycoon 3’s first time with full widescreen 1080p resolution. The Complete Edition includes the base game as well as two expansions, Soaked! and Wild! As one would like assume, that means you can now build waterparks or incorporate animal habitats. There are over 300 rides, 500 scenery pieces, 60 shops/services, and 20 animals to raise. You can even create custom laser light and fireworks displays.

It’s time for another Voez update!

Following an update nearly exactly a month ago, Rayark and Flyhigh Works have announced version 1.9 of rhythm title Voez for Nintendo Switch. The game also has a mobile version, but being honest, the Nintendo Switch version is where it’s at. The update will launch on September 11. Here’s the trailer for the new songs:

With the addition of eight new songs, Voez will now includes a whopping 231 titles. The new songs are split up between two categories, Hard and Special. The new Hard songs are Keep It Up (by Uma), Kono Natsu wo Utatte (by Dejika), and Ragnarok (by Noah). The new Special songs are After Party (by Dawn System feat. Ookun), Passionate Sonatine (by Ampstyle), Good Day for an Outing (by Shaomin), Hitori Paradox (by Mitsukiyo), and Raver’s Paradise (by Mr. Fantastic).

Voel is about six high school students in a fictional Taiwanese town (which is modelled after a real place, so it may look familiar). The form a band and aim to achieve international fame. The actual gameplay involves tapping notes as they fall down the screen, but watch out, because they don’t all drop in a straight line. There are three difficulty levels: Easy, Hard, and Special.

Here’s the latest launch info for both Xbox consoles

Following very accurate leaks earlier this week, Microsoft has officially announced the pricing and launch date for its two new consoles. Xbox Series X and Xbox Series S will launch simultaneously on November 10. The Series X is priced at US$499, CA$600, AU$749, and NZ$799. Its smaller, entirely digital, not entirely next-gen counterpart, the Series S, is priced at US$299, CA$380, AU$499, NZ$549. The general consensus amongst game journalists is that Sony hasn’t announced the PlayStation 5 price point because it was waiting to see what Microsoft would do. The ball is in your court, Sony. 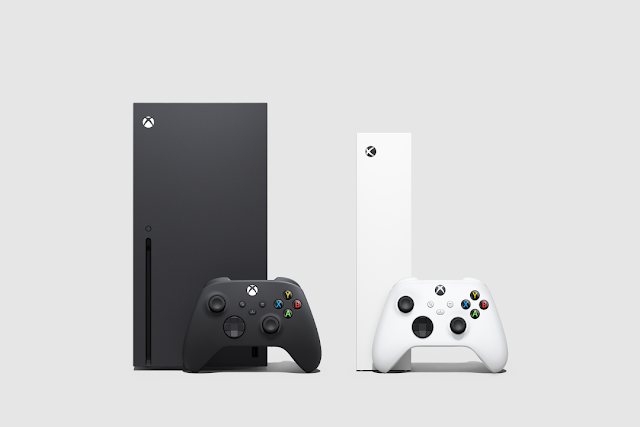 There was lots of other information released, so I’ve gone through to let you know the important bits. Xbox All Access, which allows players to purchase a new console plus two years of Game Pass Ultimate for a monthly fee, is expanding to 12 countries. And speaking of Game Pass, later this year EA Play will be included with Game Pass for free; this includes Game Pass for PC.

Now let’s talk launch titles. Assassin’s Creed Valhalla has been pushed forward a week to launch on November 10 alongside the new Xbox consoles. Another Ubisoft title that will be released on November 10 is Watch Dogs: Legion. Other launch titles include Tetris Effect: Connected, Gears Tactics, Dirt 5, Yakuza: Like A Dragon, and The Falconeer. The next Halo title was expected, but as previously announced it was pushed back until next year.

Developer Q & A: On the making of Woodsalt