Note: To be upfront and fair, there are major spoilers for Death Come True and The Caligula Effect ahead. Don’t read on unless you’re comfortable reading discussion about the endings of these two games.

Four years ago, an artist named Matsuda Keiichi produced a wonderful little video that acts as a broad criticism of our increasingly digitally augmented world. That video, called Hyper-Reality, has been seen over two million times on YouTube since release, and it does highlight a growing tension between our ability to “create” our own reality by using digital technologies to enhance everything in our lives from our productivity to our aesthetics, and the negative impacts that’s having on us, from an overload of distracting information, to a distancing that we’re starting to feel from a tangible sense of reality.

Just a week ago, a story posted up on Medium went viral across social media for arguing that humanity is now experiencing the equivalent of “a mental DDoS attack.”

“A growing body of research highlights the strain on our ability to read, understand, process, and take action on the flood of news with which we’re confronted,” the article states, pointing to studies that have found that more and more people, unable to cope with the deluge of information, are choosing to shut off to save themselves the stress of trying to process it all.


In cinema, one year after Hyper-Reality went live, Blade Runner 2049 hit. A dystopian view on the world and sequel to the original Blade Runner, one of the main themes that the film explores is the ability that humanity has to replace everything, right down to physical interaction, with artificiality. The replicant at the heart of the film is in love with a digital being that, thanks to holographic technology, can interact with him in a 3D space, first at home and, with later innovation, everywhere. As a result, though, there’s a particularly memorable scene where the replicant finds himself unable to participate in humanity and have interactions with a real woman. Not only because he himself isn’t properly human, but because he’s been able to remove himself so completely for his need for human interaction.

A few years ago now I had the great privilege to attend an art exhibition by Sugimoto Hiroshi, called The Lost Human Genetic Archive. Through it, Sugimoto highlighted a range of different potential doomsday scenarios that might end humanity, and that exhibition had a powerful effect on me. Not least because one of the doomsday scenarios was Hatsune Miku, the digital supernormal stimulus (and sometime music instrument and performer), that we are increasingly bringing into the world via… well, technology that’s not dissimilar to Blade Runner 2049 and Hyper-Reality’s dystopic vision. As that particular doomsday scenario goes, because we’re all creating our own perfect realities we no longer feel the need to participate in an imperfect “objective” reality.

Or, to be blunter about it, once we all get the ability to have an experience close enough to sleeping with our favourite waifu and husbandos we can all watch the birth rates of our collective populations fall off a cliff. 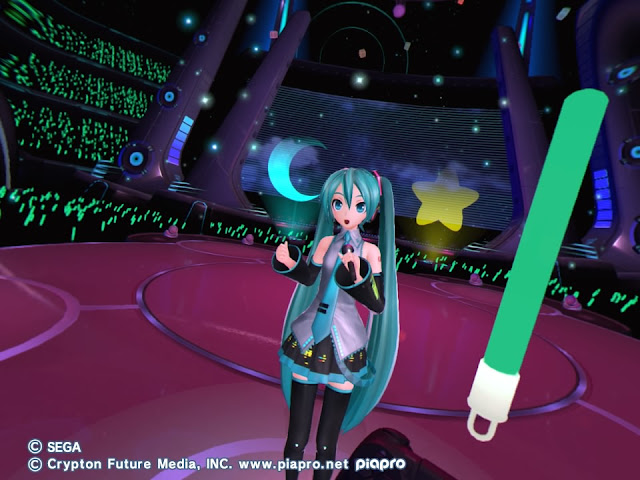 All the above share a thematic basis, and while it all sounds ridiculous, but the science is there. Supernormal stimuli are an observed phenomenon. Technologies such as VR and AR are becoming more complex, more naturally integrated into our worlds and lifestyles, and more persistent. And where once Hatsune Miku stood out there by herself, now we’ve got dozens of popular virtual idols and even cam girls… and to hear the complaints around the latter in particular, those early steps of replacing reality with a constructed environment are already claiming their first victims.

I’ve been around technology and “futurism” journalism for long enough now to spot trends when I see them, and that’s why it’s so poignant that we are starting to see more video games exploring this idea of constructed realities. What’s fascinating is that the conclusion isn’t the immediate dismissal and criticism that you might expect. There are two particularly noteworthy games that are focused almost entirely on these themes (and major spoiler alerts ahead); Death Come True, which was released last week, and The Caligula Effect, released on PlayStation 4 and Nintendo Switch about a year ago.

Death Come True’s big decision right at the end of the game asks you to decide between existing in a virtual universe and ceasing to exist in the real world, where the memories and personality of a lost loved one have been reformed for eternity. Or, you can return to reality, with the obvious benefits of being in the real world, but at the expense of the loved one. 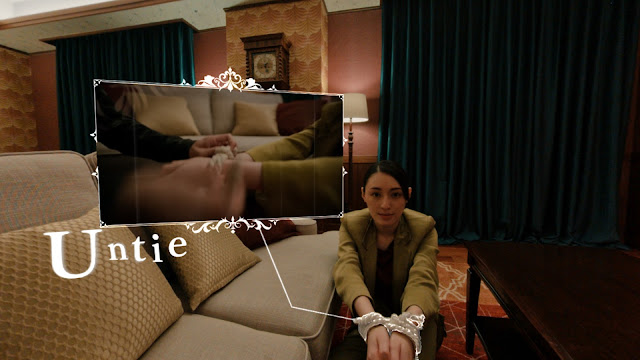 The game is sympathetic to the decision to remain in the virtual universe. A little naive, perhaps, in assuming that the player would reject reality for the continuation of love (especially given the video game community), but “Death Come True” is a clear play on the “wish come true” phrase, presenting the virtual world as an opportunity to have that wish, escape reality, and “live” on in a kind of contented purgatory. However, while it is sympathetic to that decision, it also makes it quite clear that in doing so you’re making a decision detrimental to the rest of society, since you are allowing a serial killer to go free in the real world.

The Caligula Effect has a similar premise, in which a virtual idol (a clear parallel to Hatsune Miku herself) draws people who are suffering into a world where they can live in perpetual youth and unburdened of they were suffering from. The original game, as it was released on PlayStation Vita, forced you to fight against the idol and her lieutenants in a bid to escape this fantasy. Interestingly, the remake for PlayStation 4 and Switch (The Caligula Effect: Overdose) allows you to side with the fantasy, and much like Death Come True, you’re openly invited to allow your own moral centre dictate the direction that you take.

One thing that is common across both of these games – and any number of other artworks that feature similar themes in allowing you to escape reality – is that it’s inevitably presented as a choice between personal fulfilment, and a kind of broader social responsibility – to take one for the team, so to speak. Given that one of the great concerns with these constructed realities and supernormal stimuli is that they will take people out of the world, and that there is already evidence that Japan – where so much of this thinking is coming from – is already experiencing a shifting social environment as a result of supernormal stimuli, it would appear that this will be a discussion and theme that we’re going to see play out a great deal of over the coming months and years, both within the arts and without. 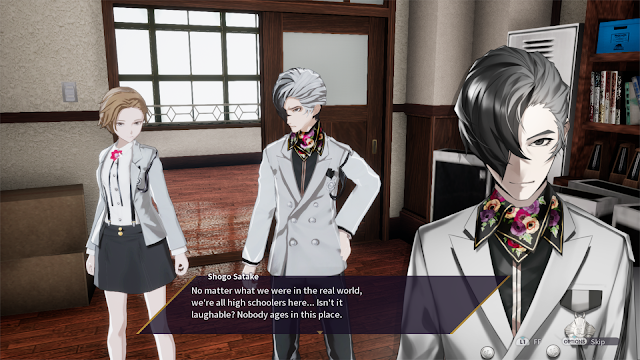 All of this is a bigger deal than I think most people quite realise at this point of time, given that it is still very much at its genesis. An incredibly influential book on sociology, The Social Construction of Reality, from Peter Berger and Thomas Luckmann, was published back in 1966, and makes some assumptions about the way society develops and behaves that is at risk of being completely upended by these trends. For example, one of the arguments of the book is that social everyday reality is a carefully constructed co-existence by those within a society that have a shared sense of reality. While it’s possible to leave that reality – for example, via dreams, the experience of art (such as watching a film), or other forms of escapism – the reality is that after the escapism we all return to this “everyday reality” that communities across the world form around.

But as we build our own worlds out of digital applications, AR, VR and the like, and that technology becomes more permanent to our existence, the shared realities of our communities will start to break down, to instead become a series of personal micro-realities. The precise impact of all of that has yet to be studied or understood, but if our artists are making doomsday and dystopian worlds out of these ideas, and others are asking serious moral questions around what is right, we should probably take it seriously. Just as we’ve taken AI seriously as artists and philosophers have noted the potential for it to go very, very wrong for us, so too should we take a close look at just what impact our ability to replace the world with something more aesthetically and emotionally pleasing to us will have on the broader human society.

Yessss! The Fate cooking anime spinoff game is coming to the west