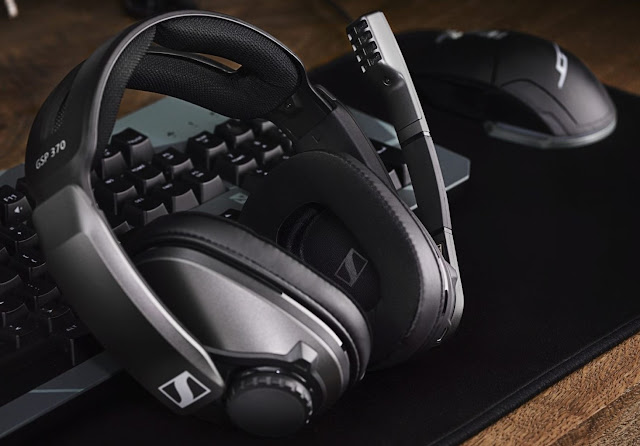 The folks at EPOS have sent me over a couple of their more recent higher-end gaming headsets to catch up on some gadget reviews (I really don’t get to do as many of these as I would probably like to…). First up I’m a taking a look at the EPOS Sennheiser GSP 370 Acoustic Wireless Gaming Headset. This is a USB wireless headset that will work on basically any device that has USB ports (so, TV consoles to go with PC), and while it’s by no means as good as the other one that I’ll be reviewing later this week, this is nonetheless an excellent, fit-for-purpose device.
I will say upfront that I prefer my headsets to have a broader range of applications than what the GSP 370 allows. I appreciate that a focused device can be more tailored towards delivering a very specific experience, and the GSP 370 is excellent for its specific focus, but as someone that likes to have a favourite headset that I use across gaming, music, while travelling and when at home, the GSP 370 feels a little too limited for its own good. There’s no Bluetooth, the mic isn’t detachable, and so this headset hasn’t left my computer desk since I started using it.
While I am being critical, I should get the second issue out of the way from the outset; the mic is every bit as limited in application as the headset. If you’re using it specifically for online gaming, then it’s great. The sound comes through nice and clear, and the noise-cancellation technology helps to minimise the ambient noise that might otherwise get caught up on a lesser headset. So, if you’re barking orders at your teammates in Fortnite, League of Legends, or whatever the cool people are playing these days, in that specific environment you’ll appreciate the ability to play without being so concerned about what’s going on around you.
However – and this is a big “but” – if you’re also looking to use this headset to record sound or for streams, then you should be aware that the sound is a bit “tinny”. The capture will be clear enough that people will be able to hear you, but it won’t be the best take on your voice. There’s some video below that I recorded using the headset:
Now, with that out of the way, let’s talk about the primary application of the GSP 370 – the sound it delivers while gaming. First of all, this thing is incredibly comfortable over the ears, with nice, big speakers that are well-cushioned with memory foam to allow you to play distraction-free for hours at a time in complete comfort. Within the headset is 7.1 surround sound processing software which is apparently proprietary to EPOS (I can’t confirm; I don’t follow these things that closely), and it certainly works nicely with sound moving from one “side” to the other in a highly atmospheric manner.
Also; the headset does bass, and does it well. For most people that’ll mean those pew pew gunshots in shooters sound less like “pew pew” and more like relentless thundering in their ears. For me… well, I’ve been playing the recently released Kingdom Under Fire: Heroes for review, and that game is renowned for having a killer hard rock soundtrack to go with the grim Eurofantasy. What better way to test this headset, and you can imagine how perfect the power fantasy has been in turning the sound way up and bashing orc brains into epic guitar riffs. It’s some sweet serendipity that I got to test the two in concert.
So the GSP 370 does loud and obnoxious in majestic fashion, but what about the more beautiful things in life? There’s always an issue with USB microphones that, where the absolute precision between visuals, gameplay, and sound is concerned, a bit of latency in the wireless connection is enough to kill the game. I am, of course, talking about rhythm games, and yes I did throw Hatsune Miku: Project Diva Future Tone on my PlayStation 4 to test the impact that latency would have – especially since one of the key features boasted by the GSP 370 is its “low latency”… and if you’ve ever played a Miku game on Expect you’d know that this game is a genuine test to that claim.
I’m happy to say that the headset passed with flying colours. Better than the game did. Not that I don’t still love Future Tone with my heart and soul, but I actually haven’t played it since getting the Switch Miku game and I do like the new aesthetics and engine on the Switch more. Sorry, Miku. Digression aside, the claim of low latency wireless is backed up and you’re going to have to be really, really picky to notice any issues there with anything but the applications that are the most demanding on precision timing with the sound. 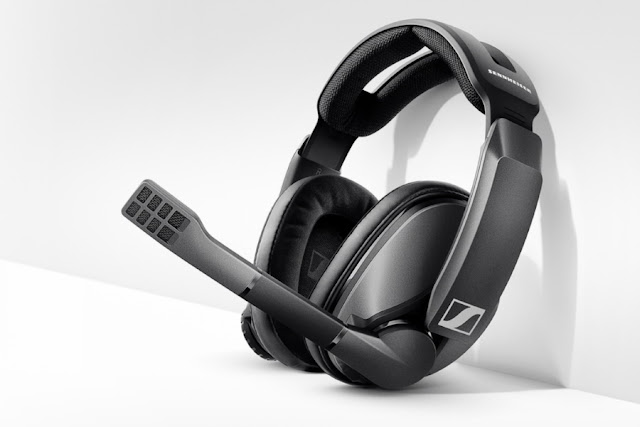 As a final note, the GSP 370 has some incredible battery life backing it up. EPOS says you get 100 hours on a charge. I believe that. That’s a little over four days of continuous use. I’ve been using the headset for about two weeks and after the initial charge, I’ve not had to charge it again. Obviously, I’ve not had the headset glued to my ears over that time, but I’ve had a solid couple of gaming sessions in there and it’s been plugging along like a champion.

In the end, EPOS is asking a premium price for a highly specific headset application. That’s not to say by any means it’s not worth the investment, though. If you largely consume the games you play, then the spectacular sound quality delivered into the ears through the headset is worth every penny and then some. If, however, you’re also a contributor, recording videos, streaming, and playing heavily interactive games online, then it’s hard to look at the mic quality and not be disappointed by it set against the price. You don’t necessarily expect studio-quality mics on these things, but, noise-cancelling aside, there are budget-priced headsets that give you a better shot at developing your radio voice, and that’s just not good enough.

DDNet was provided with this headset from EPOS for the purposes of review.