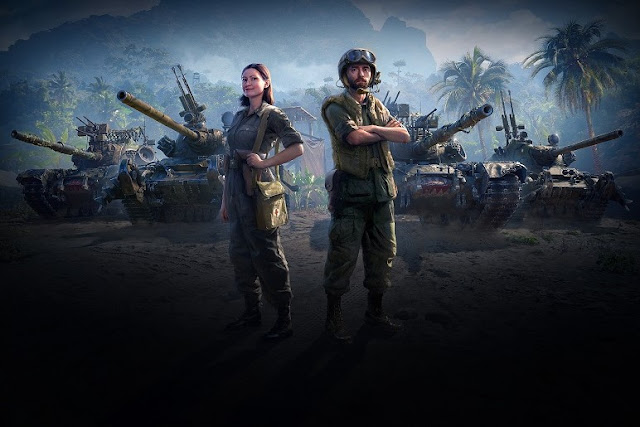 World of Tanks is a game that we have a complex relationship with. On the one hand, it is very much a military action game with all the connotations that comes with it. On the other hand, because it’s purely multiplayer-focused and doesn’t try to tell a story, it also sidesteps some of the problems that its brethren face. Also, piloting lumbering tanks around is a different (and quite technically engaging) kind of combat. The long and short of it is… we do dabble in World of Tanks from time to time, and there’s a reason to dip back in, as Wargaming is about to launch a massive new update and season.

Related reading: An interview with Wargaming from back in 2016.

Update 1.9.1 lands on June 11, and coincides with Season 2 of the Battle Pass, which brings a whole series of new features, including a map of Berlin that features four main battle areas, as well as two new tanks (the U.S. M48A5 and Czechoslovak TVP T 50/51), as well as plenty more rewards for players who invest in the Battle Pass, including days of Premium Account, Credits, blueprint fragments, and two new types of Bounty Equipment.

It’s undeniable that as a free-to-play game, supported by microtransactions and Battle Passes, World of Tanks is a game that people need to think about carefully before they become too invested in it – it is designed to be a hobby in its own right, and all the costs that come with that. However, the game’s also close to 10 years old now, making it a veteran in the space, and people continue to love it and do, indeed, make it their principle hobby, so that’s worth keeping in mind, too.

There’s a trailer available to celebrate the new Battle Pass. If you’ve not played World of Tanks in a while (or ever), perhaps the new map, tanks, and features will be enough to give it a new look.