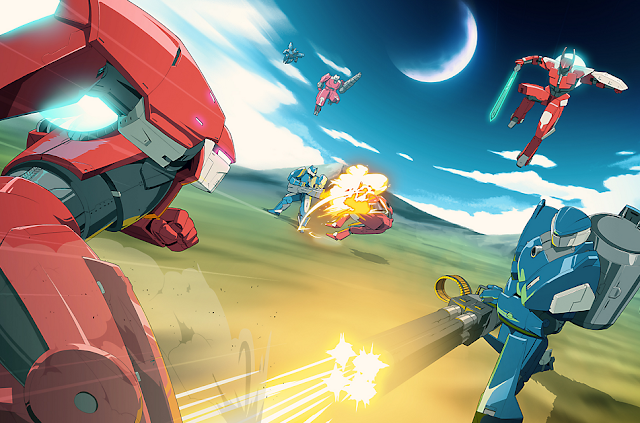 It amazes me more than a little that Nintendo has allowed Advance Wars to sit on ice for so long. Yes, of course, Intelligent Systems is working on Fire Emblem instead, and that series is doing so well for it, but you look at the number of indies making (and succeeding) with yearning homages to Advance Wars, and you just have to assume that there’s a market for it. Tiny Metal. Wargroove. Now, Warborn. Warborn offers a slightly different perspective, but the same underlying principles, and while it’s a little limited, for an indie effort, it’s impressive.

Warborn is set in a science fiction future, where people pilot giant Gundam-like robots into war. Across a 50-odd mission campaign, you’ll need to deal with an ever-escalating threat with some big stakes, and, while it is all very standard genre stuff, Warborn gets away with it thanks to its humour and a general sense that it’s very self-aware. The game doesn’t take itself seriously by any means, and all the characters have plenty of humour and overwrought drama lines to show for it. Those narrative bits bookend each mission, and they’re comfortably to the point, giving the game the same narrative flow of the actual Advance Wars series.

On the battlefield, the big difference is that the squares tile movement of Advance Wars and most of its clones have been replaced with hexagons. Now, hexagons are preferred within the context of serious strategy games because they better reflect the way flanking, formations, and unit movement across space works. Here the impact is a little more subtle as unit facing doesn’t matter and flanking enemies doesn’t confer bonuses, but it does allow for subtle shifts in movement around maps and the ability to gang up on powerful enemies (up to six facing units rather than two). It also forces you to think a little differently about range. When a unit can shoot in a straight line, a hex-based map means that at just two hexes distance there are “blind spots” where units can potentially hide from enemy fire. Long term, that shift to hexagons actually makes Warborn a slightly more tactical game than Advance Wars, and it’s a standout feature, however subtle it is and therefore difficult it is to highlight via screenshots.


When you’re not pushing through the campaign, Warborn does offer a map editor, which is always a nice touch, and a skirmish mode. Here’s where the long-term meat of the game potentially lies, because squaring off against human intelligence is always preferable than tackling the AI (though AI is available for skirmishes if you’d like as well). Warborn is surprisingly limited in terms of what it lets you do in skirmish mode – there are three different sizes of maps, and each are exclusively 1 v 1, but there are plenty of maps to play on, and they’re all different but balanced supremely well.

In fact, the overall experience in Warborn is quite limited, but it feels like it is that way by design. There are far fewer units than in most other Advance Wars homages, and there aren’t that many leader units to choose between either. At first I found this quite disappointing, especially in the context where the last Advance Wars homage that I played was Wargroove, and that game is overloaded with content. But over the last couple of weeks I’ve found myself coming back to Warborn again, and again, and again, and it comes down to this: balance. This is a supremely well-balanced game where every unit and leader has their own role, the tactics go well beyond the simplistic “rock, paper, scissors” of other titles in the genre, and you’re able to approach things fluidly and strategically. You might shift from an attempt to flood the enemy with weaker units to focusing on building one or two powerful units as the momentum of a battle shifts, for example. It’s possible to be behind and, with good tactics, turn things into a victory (within reason, of course). Warborn really tests your ability to read a battlefield and take decisive action, and I love the aggressive, proactive play it encourages. Too often Advance Wars clones turn into a defensive slog and war of attrition, but Warborn is far too dynamic to make that the default approach.

Supporting all of this are some quality presentational elements. Warborn is clean and minimalist by design, but each of the units on the battlefield have their own unique looks, and as the numbers of units pile up, there’s a nice vibrancy to the skirmishes. The character portraits are gorgeously drawn and help to add a lot of character and a sense of setting to what would otherwise be some overly basic environments. You do get the sense as you play that the developer has grander ideas that are just inhibited by reality that little bit, but what is here is highly refined and even elegant in execution; a “rough diamond,” Warborn is not. It’s a jewel straight out of the dirt. 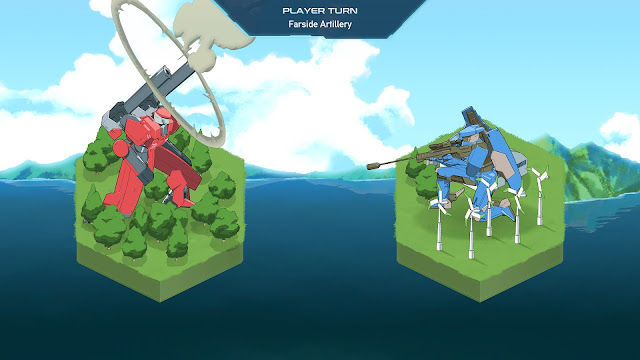 Who knows if this one will find the audience that it deserves. Unfortunately, it’s one of those indies that appears just derivative enough to overlook, especially when, for many people, Wargroove has been all the Advance Wars action they’ve needed over the past year. But Warborn has its own merits. It’s a sharper and more dynamic tactics strategy game, and what initially seems like limitations with a small number of units and game modes proves to be this game’s great strength by allowing it to deliver the kind of balance that even the best tactics games struggle with.