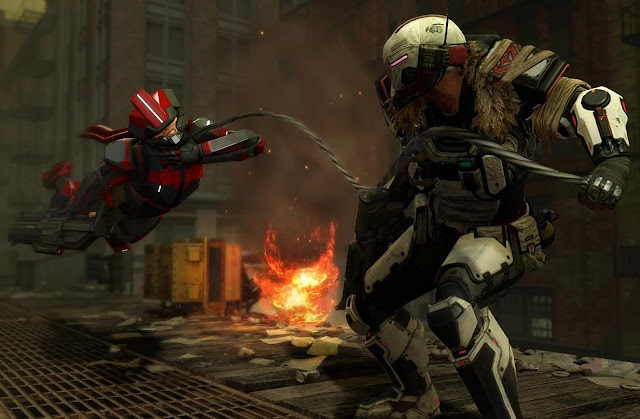 Having originally released in early 2016, XCOM 2 has seen several ports and additions over the years. Compiling all of that into one neat package, fans can now take it with them whenever they go on the Nintendo Switch. This includes XCOM 2: War of the Chosen, which is not a sequel or an add-on but instead is a re-imagining of XCOM 2 with enough new additions to warrant it being its own title.

Kicking things off with a jailbreak in order to show new players the ropes, you’re introduced to a world where humanity has already lost its war with the aliens (as depicted in the original, which is not available on Switch), and is now effectively subservient to them. Taking control of a silent protagonist known as the Commander, you’ll be discovering this post-conquered world and making decisions to try and boost a tiny (but you hope growing) resistance. You’ll need to collect resources, intel and the right people to make that happen, and the choices that you need to make to do so are not always the easiest… as you would hope for a game that is trying to convey an atmosphere of complete, global oppression.

Once your jailbreak is over, you’ll be given command of a ship that serves as your mobile command center in order to start taking back the Earth. While making landings and sending your warriors out to take the fight to enemies (generally vastly outnumbered) is a big part of it, managing the development of the ship, its facilities, and movements are just as critical, giving the game a simulation-like angle that plays out in real time. 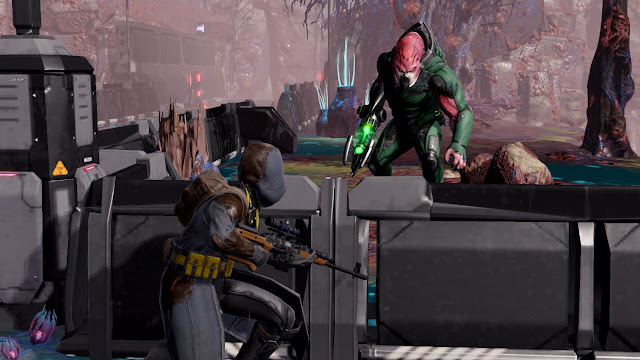 You are however limited in scope for research (i.e. there are more things to research than you necessarily have time to), and space on the ship itself. These choices on what to focus on can be difficult. You’re really made to feel like you’ve got to fight for absolutely every asset your resistance movement ends up having access to. Just about everything that you earn comes from a fight or three as you meet up with local resistances, help them out conduct surprise attacks, attack convoys, abduct VIPs from busy cities or simply crash the enemy’s party. What’s fascinating is that it’s fundamentally the same thing that you do in the original XCOM, but presented through a different lens and somehow, as a result, that different texture really does have an impact on the game’s overall tone and theme.

Combat is simple at first glance, but it quickly becomes easy to see why XCOM has been such an influence on the overall tactical strategy genre as there is a lot of nuance to it. You need to worry about making sure your characters have cover from every angle (without cover they are incredibly vulnerable to enemy fire), worry about objects potentially blowing up in your face, and then worry about the potential for enemies to simply be overwhelming. You’ll start of being able to field four soldiers, though that can eventually be brought up to six, and the common thread throughout the game is that you’re almost always going to have to make the most of a bad situation.

You do have all the information that you need to make the right tactical decisions though. Before any attempt at firing at the enemy you’re giving a to-hit percentage chance, and XCOM doesn’t mess around – you can indeed miss when the percentage change is above 90 per cent. For many people this can actually become frustrating, and is perhaps the biggest point of contention with XCOM – you can see a mission go belly-up because of a series of attacks that seem like they should hit (60-80 per cent) all miss. It’s entirely possible and within the bounds of percentages, but it still feels unfair. This is particularly true because the game features permadeath, and if you lose a high-level unit, that can be catastrophic to your resistance efforts. With practice, though, the randomness becomes part of the tactical fabric, and making use of every small advantage that the environment provides you with is where XCOM fans learn to derive joy from the game. 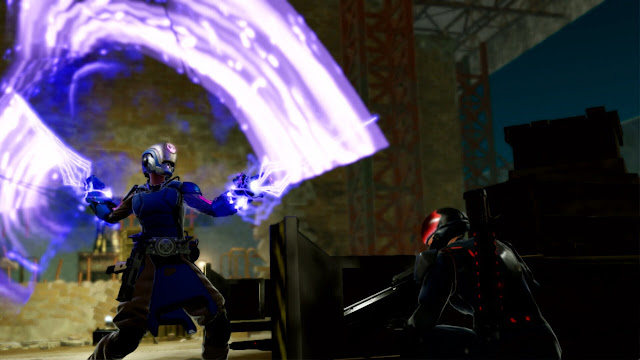 The port to the Switch isn’t without some issues. The unfortunate reality is that there’s a lot to load on screen and that means very long loading times. Once you’re in the game it all runs fine, but XCOM by nature is a game where you’ll want to frequently load things – whether it’s loading a save to try something a different way, or jumping back a few turns just to try and salvage a situation. It’s impressive just how close the game is to the big console version in the way it runs, but you’re going to need patience to play this one and accept that short bursts of tactical action will often be broken up with those loading screens.

There are other XCOM-likes available on Switch, and you could argue that titles like Mutant Year Zero represent a step forward for the genre that has now left XCOM itself behind. The intensity of this game’s narrative, of the resistance against overwhelming odds and the way that the game gives you reason to celebrate even the small victories does make it worth another look, though.