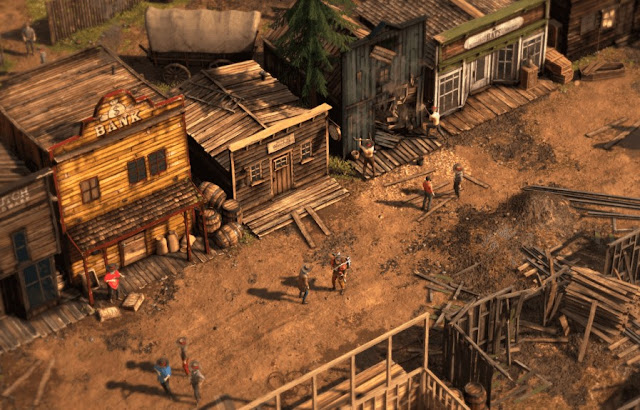 I started playing Desperados III without having done too much research ahead of time. I know about the series itself, of course, but the last one of those was back in 2007, and it was produced by the now-defunct Spellbound Entertainment. That’s a long time ago and this new one is clearly looking to revive the series with a new developer at the helm, Mimimi Games. So I started playing Desperados III, and something immediately struck me as familiar about it; it looked and felt much like another stealth-focused tactics game that I had played a few years ago in Shadow Tactics: Blades of the Shogun. Different settings, of course, with one being Edo-era Japan and the other being the American wild west, but the heritage and familiarity between the two was immediately there. Lo and behold, as it turns out Mimimi Games was indeed behind Shadow Tactics too. It’s effectively the only name working in this particular type of tactics strategy thing, so it’s just as well for us all that Mimimi Games really knows its stuff.

In Desperados III you’ll be controlling up to five characters, each with their own unique set of abilities. Individually they’re quite tactically limited (by design) but the combinations that you can make using each character’s abilities are quite incredible. One character sets bear traps that instantly kill an enemy that gets too close. The other can attract enemies to a specific spot – perfect for setting up ambushes. Others can find ways of distracting enemies, allowing characters sneak on past them.

You’ll need to master the arts of deception and disguise, because in Desperados, a shootout will never end well for you. In most cases, the moment one enemy notices your existence, a horde of other enemies will descend on you, and none of your characters’ abilities are really designed around mowing down hordes of goons. Instead the goal is always to avoid the line of sight of enemies (unless you specifically want to grab one’s attention for tactical reasons), and then take those enemies out quietly, one by one. 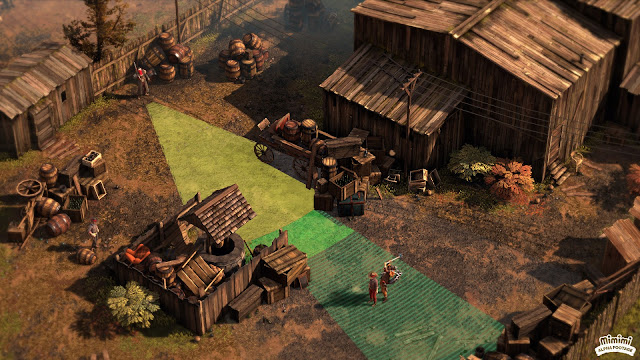 This isn’t easy, and a little like Shadow Tactics, Desperados III’s puzzle-like approach to its levels can require a surprisingly sharp mind. In addition to the wide toolset that eventually becomes available from the five characters, and the need to apply that creatively you’ve got the ability to pause time to issue commands to each character, which will play out in real time when unpaused. Making full use of this function requires a good sense of timing, while at the same time understanding space is important so that you can carefully manoeuvre characters around.

I’m not terrible at this kind of game… though I’m by no means a genius either, so I was grateful that the game puts up a timer to tell you how long it was since your last quick save (and that acts as a reminder to make good use of it), so that whenever I did blow the alarm I was only put back a minute or so play. The way that Desperados III encourages players to spam the save system does point to the game’s nature a little, though; I would argue that this game is nowhere near as open-ended as the developers try to make you think it is. There might be a couple of different paths that you can approach the objective, but if you deviate off the carefully constructed gauntlet beyond the way that the developers have intended, it’s almost certainly going to be a restart.

Thankfully those gauntlets are designed beautifully, and every one of Desperados III’s levels are tight and engaging from start to finish. You even get a little map replay of your exploits at the end, which is the developer’s way of showing off just how sustained and creative each map really is. It’s all a bit tropsey, but at this point in history, the western narrative genre isn’t there for much more than pastiche or subversion. I would have liked to have seen more effort go into the storytelling side of things, especially when there are moments that you’re running around non-hostile areas. While I’m not expecting an RPG or open-world thing, I do feel like players get funnelled from one stealth-tactics bit to the next a little too readily, and the world around it feels like window-dressing as a consequence. Mind you, that’s just an indication that I was fully ready to become invested in this game’s world, so the game did get me 99 per cent of the way to absolutely loving it. 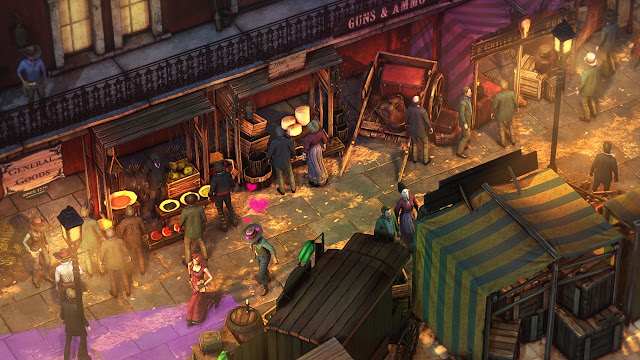 Given that Desperados III is launching right alongside another game that just happens to have a focus on stealth and depicts an intense, hostile, brutal world, I think it’s a little unfortunate for the game; building on Mimimi Games’ success with Shadow Tactics, Desperados III is mature, confident gameplay design, and while it might not look like an AAA-blockbuster, it certainly has the level of refinement and quality that is a rare thing indeed. It could have been a little more in places, but it’s a solid, intelligent depiction of a beloved part of America’s narrative heritage and aesthetic, with some excellent and creative tactical puzzles to sort through along the way.

Mad Rat Dead looks like the most amazing thing