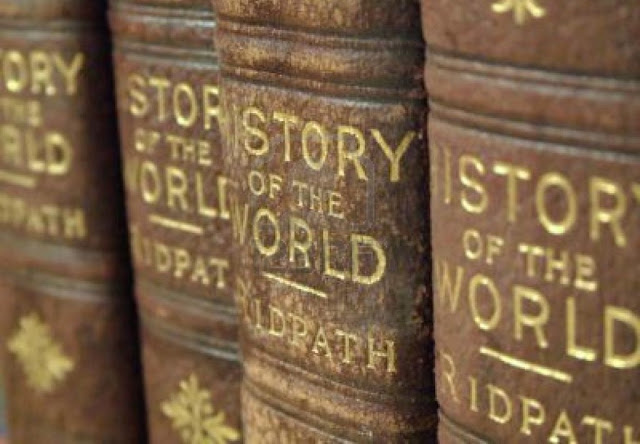 “Those who cannot remember the past are condemned to repeat it.” That famous quote from philosopher George Santayana is of particular relevance to the video game industry. As the world’s most popular and widespread form of entertainment, video games have impact and shape how people view and experience the world. There is some acknowledgement of that, with game developers listening carefully to the community and becoming more adept with diversity, for just one example. There’s still a ways to go there, but both in terms of the people being hired to work in games, and the games being made, there are significant strides forward in this area, as developers come to understand the weight that their work has in popular culture, and take that weight seriously.

That’s why it’s so galling to read things like this: “It’s a return to the past in more ways than one as Call of Duty once more reimagines the theatre of war that first inspired the blockbuster franchise. In the game’s riveting campaign, play a vital, frontline role across Europe in multiple missions directly inspired by key moments from the real world conflict” (emphasis mine). This was the description for Call of Duty: WWII that Sony sent across as part of its promotion for the game’s inclusion in the PlayStation Plus program next month. We’ve talked about Call of Duty’s treatment of World War II in the past, but using terms like this to give the developers carte blanche permission to do whatever they like with the history, claiming later that it’s only “inspired by” real-world events certainly doesn’t speak to a desire to “remember the past” as per Santayana. It’s quite the opposite, in fact. By falsifying history in popular media, there’s every likelihood that a player that’s not particularly well-read or interested in history will come to believe that what they are playing is authentic, and thereby accept the narrative without question. When that narrative is often directly at odds with the reality of the situation – as is the case with most military shooters, in that they act as propaganda for the American military and its self-congratulatory (and not historically substantiated) heroism – these kinds of deliberate misrepresentations of history almost guarantee that the past is going to be repeated.

It’s not just modern military history, though. Sucker Punch and Sony have Ghost of Tsushima on the way shortly, and here’s a description from a recent article on Screen Rant: “Ghost of Tsushima fictionalizes several elements of this history. For starters, Sucker Punch’s Mongol army is led by the fictional Khotun Khan, and Tsushima’s ruler is fictional, too – a man named Shimura. Events seen in Ghost of Tsushima’s trailers indicate Shimura’s battle with the Mongols goes just about as well as it did in real life, but it appears Shimura survives, and so does his nephew, protagonist Jin Sakai. Given he’s the playable character, it’s no surprise Jin forms the basis of Ghost of Tsushima’s largest departure from history. Rather than being a stand-in for an actual person like Kublai Khan, Jin is essentially a stand-in for 1274’s kamikaze.” 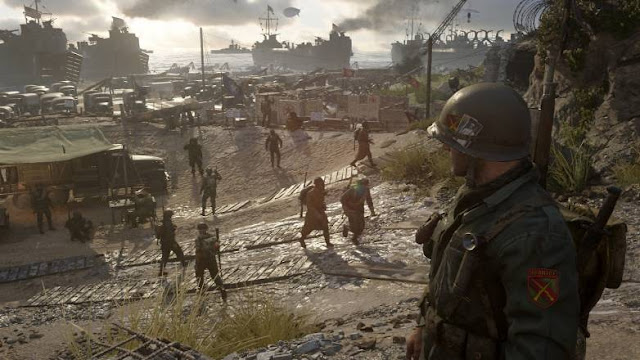 This is so problematic. The failed Mongol invasions of Japan were formative to the Japanese identity and close to 1,000 years of subsequent cultural development, and kamikaze wasn’t just a hurricane to them. Kamikaze means “divine wind” and that hurricane, in disrupting what would otherwise have likely been a successful invasion of Japan, left the country and its people to form their culture around the idea that the nation and very land they stood on was protected by divinity. We fast forward to World War 2 and the tragedy of the kamikaze suicide pilots were a manifestation of that belief – that Japan and its leadership were divine and untouchable.

As leading Japanese warfare historian, Stephen Turnbull, notes in his book The Mongol Invasions of Japan: “In the centuries that followed the myth of the kamikaze grew to dominate the narrative of the Mongol invasions of Japan. The result was that the exploits of the human warriors whose actions had made its effects possible became overshadowed both by the knockout blow that the storm had provided and by an anachronistic believe that the samurai were displaying an unselfish and nationalistic consciousness in the face of a foreign enemy. This myth was to read a climax during the final months of World War II.”

So, in a sense not only has Sucker Punch simply ignored history when it is inconvenient to the game they’re creating, they’re actually portraying the exact opposite as far as the historical and cultural importance attached to the event. They are attributing a single male character with the qualities of something that, to this day, remains sacred to the Japanese – the Kami from their Shinto religion. Not only does this historical depiction ignore history, but it’s deeply disrespectful of it – either because the developers didn’t bother to learn about what the Mongol invasions mean to the Japanese in a historical or cultural context, or they did, and simply didn’t care. 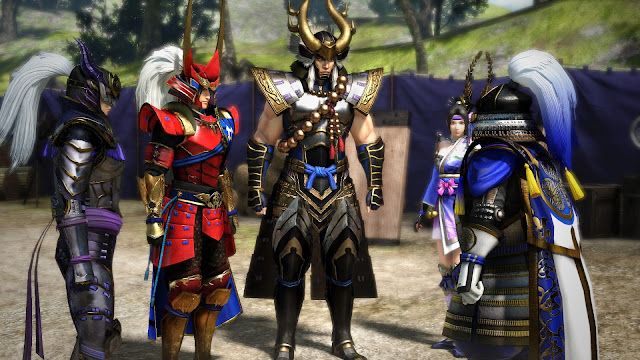 Sadly, when we talk about video games, developers will always get away with doing this. We’ve seen it happen with Call of Duty; not once has its deeply unethical treatment of history cost the series reputational capital. The reality is that there are no social obligations placed on developers to defend the choices that they make about how they depict history. Perhaps it’s because the media don’t know enough to ask. The crossover between games journalists writing about Ghost of Tsushima and interviewing the developers, and those that are well-read in Japanese history, likely only accounts for a tiny fraction of the overall pool. Sadly, World War II is about the same – there really aren’t that many people out there who know much about the war beyond what has been presented through popular culture which is, of course, falsified. Be it films like Saving Private Ryan, Dunkirk, or games like Call of Duty, it is about the limit of the awareness that most people have of that war. Of course it’s hard to ask questions about the depiction of history in a game if you’re not familiar with it. But I suspect there are also many games writers that simply don’t care. Playing as a “samurai commando” sounds cool, even if it’s an American studio imparting an American cultural attitude towards warfare onto an early-ages Japanese context. But, again, it sounds cool, so the motivation to question whether the context ends up being offensive to the very historical and cultural ideals of the samurai is immediately diminished. As long as the game has a strong woman character in there, so it’s diverse enough to be relevant to modern audiences, it’s job done as far as addressing the potentially problematic is concerned.

Of course, as we all know, it’s not just the media. The consumers really don’t care. Consumers are there to consume products, and time and time again we’ve seen that play out: as long as what they’re sitting in front of is a good product, the consumer is content. Context is totally irrelevant to a consumer’s interpretation of a game, and that’s been a deliberate strategy of game creators for generations now; the more they can turn people into consumers the less they’re going to be called on to defend their work.

Of course, there are developers and publishers that try and get things right. Ubisoft’s Assassin’s Creed series is passingly close to being appropriate for educational use. Take out the violence and you’ve got some pretty well-researched depictions of historical events and people. People often assume that Koei Tecmo’s Warriors games are not authentic to history thanks to the ridiculous weapons and character designs, but in fact, it’s the opposite. Symbolically, they’re actually spot-on, and the development team goes to great efforts to try to present a balanced perspective on each character out of respect to history. 2K Games’ Civilization series is meticulous in its attention to the details of the various nations and their “cultural personalities” that it depicts. It can be done. There’s no reason to suggest that a game that is historically authentic can’t also be entertaining. It just requires the developer to actually study the background material behind what they’re making, rather than focus on simply making it “fun”. 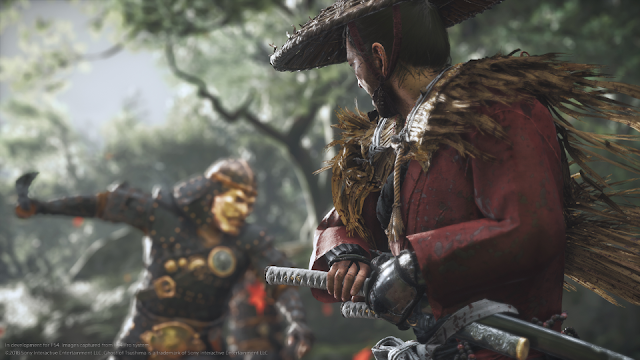 Game developers making games based in real-world history need to take some responsibility for the way that they depict that history, and that means consulting with properly qualified historians, conducting research beyond what Google and Wikipedia throw up, and aiming to take as few creative liberties with the underlying message of the historical event as they can. It’s fine to be symbolic and metaphoric. It’s completely unacceptable to just ignore anything that’s inconvenient or, worse, flip it around so that it’s depicting something in direct opposition to the events and themes of the history. I do get it, developers, don’t get me wrong. You want to make a fun game. You need to else you’ll be facing a consumer riot. But you also have to start realising that for every one person that acknowledges that you’re flat out lying about history when you depict it poorly, there will be a dozen or more that believe what they’re playing is rooted in some kind of historical truth. And, once again. Those who cannot remember the past are condemned to repeat it.