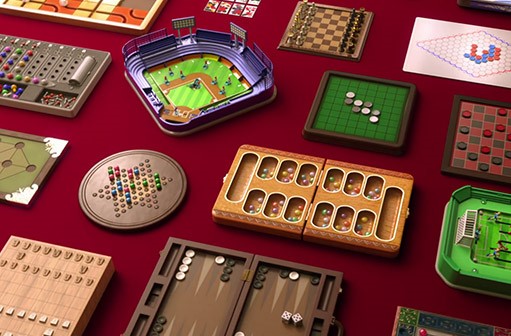 Just to be upfront about this: 51 Worldwide Games (it’s called Clubhouse Games in other markets, but this review will hereafter refer to it by the European/Australian title) has one big weakness: it lacks the AI to challenge people that are good at the respective games in the collection. Even the highest difficulty (“Impossible” difficulty with most of the games) would be merely mid-tier competent in a specialist release for any of the 51 games represented here.

So for example, if you’re a fan of Chess then you’re better off with the dedicated Chess Ultra than 51 Worldwide Games. If you’re big on Hanafuda, then jump on the Japanese eShop and download the recent dedicated Hanafuda release there, because the challenge level in 51 Worldwide Games just won’t satisfy. Now with that being said, I won’t actually criticise this release for that. It’s clear from the outset that Nintendo focused on two things with this compilation: firstly, it wanted to introduce new players to a bunch of abstract games that increasingly few people play in the real world. Secondly, it then wanted to encourage online play between the new converts. Measured against these two specific goals, 51 Worldwide Games is a resounding success.

The way that 51 Worldwide Games explains the rules of some of the more complex games is nothing short of astounding, for a start. Writing tutorials or explaining rules is a more difficult art form than many people imagine, and as a case-in-point I’ve tried numerous times to learn Mahjong from the minigames in the Yakuza series and to my great frustration failed every time. I learned the basic rules of Mahjong with absolute clarity on my first attempt with 51 Worldwide Games. They’re just that clear, and now I know what I’m doing, the basic strategies of the game, and how to tell if I’m winning or struggling as I play. Another example is Hanafuda. I’ve learned Hanafuda over many, many years of playing (and being married to a Japanese woman who understands the basics of the game). It has been the only way for me. The only rule book that I’ve seen printed for the game in English is impenetrable, and again, the likes of Yakuza and Sakura Wars aren’t so great in teaching the game. Now, however, it’s easy. Just pick up 51 Worldwide Games. 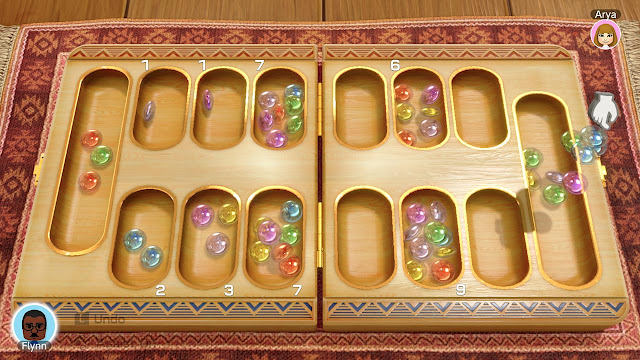 There are a fair few complex games represented in the package. Texas Hold ’em Poker, Mahjong, Shogi, Chess, and Hanafuda all make this collection worthwhile by themselves simply for its ability to teach you games you may have heard of, but never previously had the chance to try. There are some glaring omissions (where is Bridge? Go? Stratego?), but those omissions make sense when you, again, consider what this package is aiming to do. It’s not about throwing every complex abstract game at players, but rather working them up to those more challenging, and ultimately more rewarding games. Half the rest of the package is filled with highly accessible classics like Memory, War, and unlicensed variations of Yahtzee and Uno. I remember as a kid starting to learn card games by playing stuff like Memory, Checkers and Snap, then moving on to 500, Backgammon and Cribbage, before finally starting on the nuances of Bridge, Poker, and Chess. This package emulates that journey and learning curve perfectly.

The other half of the collection are gimmicky little board games and parlour games that help give the overall collection a vibrancy that makes it all-too-easy to pick up and play. There are board game adaptations of Tennis, Football (which plays a little like Foosball), Curling and Baseball. I don’t know if many of those board games do exist in the real world, but for one, baseball absolutely does and it’s a cracking board game that has been beloved across Japan for generations. We’ve got a similar thing in Australia based on cricket, called Test Match, and that was my youth in a nutshell right there. Being able to give the Japanese kid’s sports board game of choice a whirl has been a treat. There’s also ten pin bowling, slot cars, billiards, and plenty of others to help broaden the overall range of the collection substantially.

It’s all presented with the impeccable eye for presentation that you’d expect from Nintendo, and that really helps make everything so much more accessible. Cards and playing pieces are rendered beautifully and have a real tactile impression that helps make the game renditions feel authentic. The menu and interface is beautifully minimalist and clean, and the game even drops little bits of trivia to help you understand the cultural context and value of each game. In fact, one of the things I love most about 51 Worldwide Games is that it upfront says that board and card games have been a critical part of humanity’s cultural development and that it wants to teach players about the historic value of these games too. There’s also a wonderfully dry sense of humour within the tutorials and “hints” system, which, again, helps to make it accessible and helps keep your attention while you’re learning each game. Nintendo really should be commended for 51 Worldwide Games – it is a masterpiece of onboarding and accessibility to newcomers. 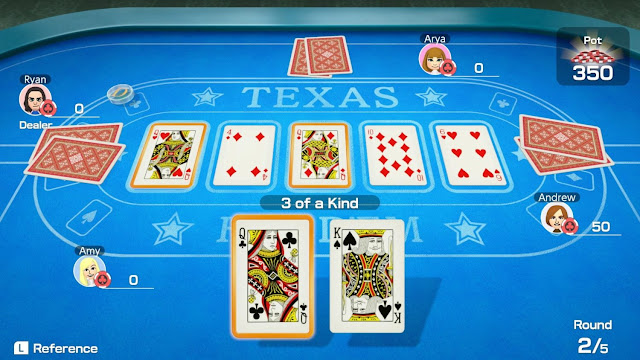 As mentioned, once you’ve learned the rules of the game, the AI really doesn’t have much left to offer. Thankfully there is online play. It was difficult to get a game going in the pre-release phase on account of there not being many people playing, but you can choose up to three different games and then play around against the AI while you wait for enough other people looking for those games to become available. Each game is then designed to be completed within 15-30 minutes, which doesn’t always work – Poker, for example, is a game of attrition best played over a longer period of time as something core to the experience – but that’s very much the exception to the rule. In most cases it’s a great thing that you can play through a number of different games online over the course of a single play session. In multiplayer everything is kept nice and clean, and while I can’t see some of the games having a sustained community (who really plans on playing Memory more than once or twice online?), for many of the others, I could easily see them becoming daily habits.

Nintendo first released a Clubhouse Games way back on the Nintendo DS, about 15 years ago now. It was a brilliant example of the company’s ability to appeal to a broad audience then and now, a decade and a half later, the company has backed it up resoundingly. Putting aside the presence of Ludo – which will forever be the worst board game ever made – 51 Worldwide Games is a pristine package of some of the most valuable cultural properties we have, and it is truly masterful at explaining even the most complex of them to a completely new audience. This is a rare opportunity to learn something about artefacts as wide-ranging as Chess, Mahjong, Hanafuda, and Mancala. That’s not something you should miss out on.

A review copy of this game was provided for the purposes of review.

Well, this visual novel is certainly looking to hit hard…