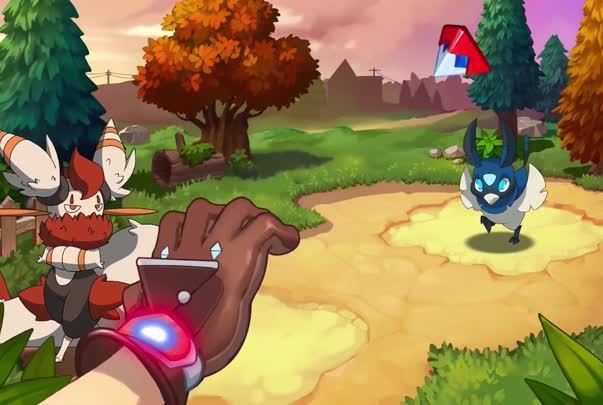 PQube is one of the most eclectic publishers out there, taking on everything from super-fanservicey Gal*Gun through to a range of lovely visual novels, and on to daughter-raising simulator Ciel Fledge. Its next one is VEWO Interactive-developed Nexomon: Extinction, and this is a very Pokemon simulator.

There are over 300 unique monsters to collect in this game, which has aesthetics and gameplay structure that will all be instantly familiar. The original Nexomon, released on Steam last year, only has a small number of reviews, but they’re all very positive indeed, suggesting that with the right push from a publisher, this could be a big hit. It’s also the kind of game that makes more sense for a console, and Nexomon Extinction will launch on PlayStation 4, Xbox One, and Nintendo Switch to go with the PC release.

There’s no firm release date just yet – it will come in “summer” though, which for us Aussies means winter.