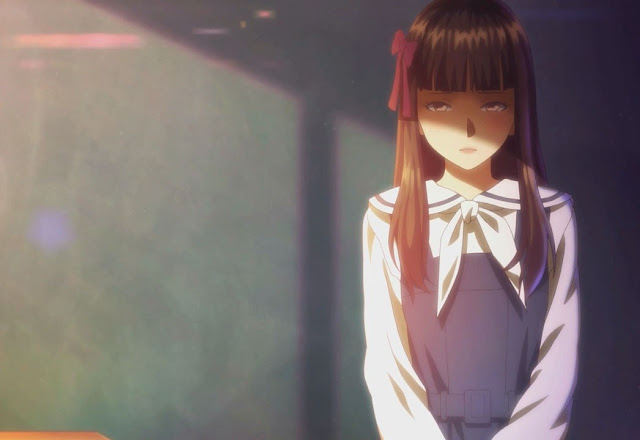 Root Letter: Last Answer leaves me in a very difficult position. On the one hand, and purely on a sentimental level, Root Letter is my favourite visual novel. I’d argue that there are smarter and deeper VNs out there – Steins;Gate, for example, and there are certainly ones that are more philosophically dense – Danganronpa being an obvious example there. But Root Letter’s romantic treatment of Shimane prefecture, and its “page-turner” mystery narrative, is more comfortable and memorable, like a favourite good book. The kind you read over and over again purely because it brings you joy.

Related reading: For the full review of Root Letter, please read my review of the PlayStation 4 original. It’s exactly the same game this time, with a couple more endings.

So on the one hand I love that Last Answer has given me the chance to replay Root Letter. On the other hand, I have spent the last couple of months ranting over on Twitter about what Disney is doing with its precious IP. Disney is taking the gorgeous art and creative energy of Aladdin, The Lion King, The Little Mermaid, Dumbo, The Lady And The Tramp, and Miku knows what other ones I’ve pushed out of my mind, and is ruining each and every one of them with live action remakes, or 3D CG nonsense. Those films are, if anything, an insult to the original art. It’s like Disney is suggesting they’re no longer valid, or in need of “modernising.” Real art that you respect doesn’t work like that. No one’s “fixing” the Mona Lisa every few decades.

Which brings me to Root Letter: Last Answer, a blow-by-blow remaster of Root Letter that replaces the spectacularly gorgeous art of the original game with real actors and scenes from Shimane. As far as I’m concerned, it’s the same problem. Now, it’s worth noting that you can switch back to the original Root Letter art style at any time, and in the interest of curiosity it is neat to be able to flick back and forth to see how the artists did interpret Shimane through their original art. Because of that, though I’m going to be generally critical through this rest of this review, the score at the bottom is the same as the original Root Letter. That original game is still there, untouched, and as easily recommendable as ever. 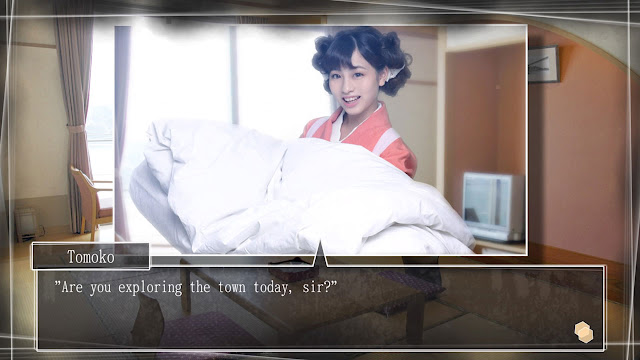 On balance though, I can do without this effort to remaster Root Letter. Starting with Shimane prefecture itself. One of the reasons that people love to see paintings of landscapes, rather than just photography exhibitions, is that the artist’s interpretation of an environment, even when they’re looking to capture it as perfectly as possible, is still subjective. Subtle emphases, and the artist’s own technical style, mean that the painting is an abstract, idealised vision of an environment. For an extreme example – any of Monet’s water lilies paintings is a far more gorgeous take on water lilies than a casual photo snap of them.

That’s not to say it’s impossible to take beautiful photos of environments – and as someone whose principle interest in photography is in landscapes, I would never suggest otherwise. It is possible to bring together specific lighting at a particular time of day, specific framing, and other techniques to take a beautiful photo of water lilies. But even when you do, the tone and aesthetic that you end up with is fundamentally different to one of Monet’s painting of those lilies. A photo of an environment and a painting of it have very different purposes, and you can’t simply cut and paste one over the other and expect the rest of the experience to be the same. You can’t hold a Monet exhibition, but put a photo of water lilies where the painting should have been, and expect those that attend the exhibition to be happy about that.

Root Letter was built around an idealised vision of Shimane. Every environment and location was carefully analysed by the art team, and then distilled into a specific anime aesthetic that matched with the game’s overall story and context. Having not been to Shimane myself, this art allowed me to whisk myself away to an idealised place. One where I was encouraged to see a filtered, elegant, and romantic vision of Shimane. This remaster doesn’t do that. Now we’re asked to see realism. And, while the photos of the environments are lovely and professionally done, suddenly Root Letter is no longer a romantic vision of Shimane, but a take on Shimane I can better experience by simply going there myself. 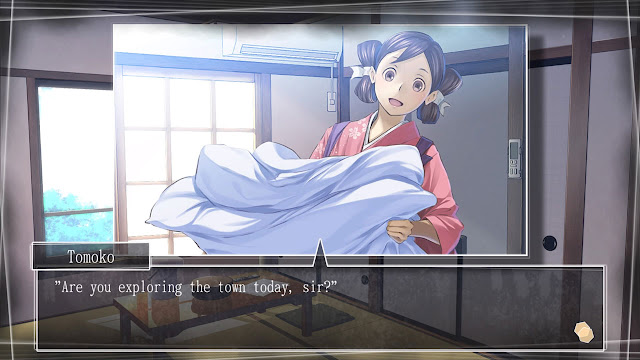 The same goes for the characters. The developers have been fortunate to find a cast that do fit the mould that the original Root Letter established, but, once again, the real is not perfect, and replacing abstract-but-perfect with real-but-imperfect seems like a leap backwards. This is particularly the case when the overarching concept of the game is one of nostalgia and chasing the hazy memories of youth. The hyper-real anime character design of the original Root Letter captured that aesthetic and mood perfectly.

Root Letter: Last Answer speaks to a broader, disquieting trend that Disney, which I mentioned before, is driving in a big way. There seems to be this idea out there in the arts that realism is the ultimate expression of artistic capability. The idea that abstraction, such as anime, or pixelation, or anything but photographic quality is somehow “inferior” is, on any rational level, nonsense, and yet it does sell better, for whatever reason. Disney’s seen massive commercial success with these films, so to hell with the art, we all know that the company’s going to continue trashing all over that as long as the dollars roll in. Root Letter: Last Answer does things right, in that it preserves the original for people that appreciate the artistry of abstraction, but all the work that went into the “remaster” feels superficial and so unnecessary, since there was nothing wrong with the original anime art. Furthermore, ditching the romanticism for realism means the game loses some of its sole and power as an artwork, and I would sincerely hate for people to play this new version before experiencing what Root Letter was really meant to be like.

Root Letter is still a gorgeous story, told beautifully. I highly recommend players turn the photo-realism mode off and enjoy every second of the vibrant anime vision. Finally, while I might have my issues with this realism art, one thing can’t be denied; it is so great to have this to play on the Nintendo Switch.