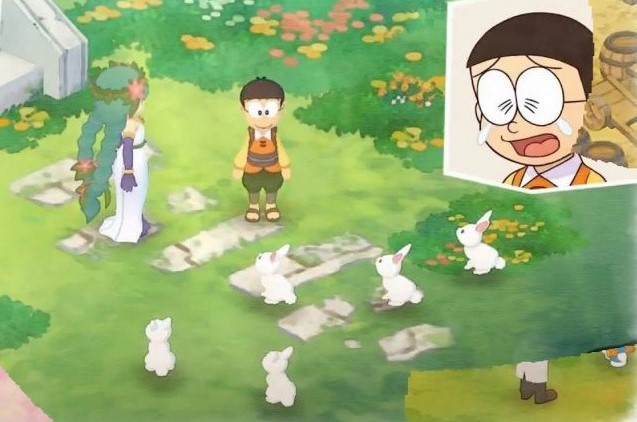 Just yesterday we reported in our catch up coffee feature that Doraemon Story of Seasons was coming to PlayStation 4 in Japan. Now we have the western release date for the game too – it’s landing on September 4.

If you didn’t play the Harvest Moon/Doraemon collaboration back when it released on the Nintendo Switch, you missed out on a really good game. From our review:

Doraemon Story of Seasons is a gorgeous little game, too, with a pastel aesthetic that perfectly matches the pastoral lifestyle that you’re getting into. The little profile images of Doraemon and the gang that pop up during cut scenes are spot-on to the Doraemon personality, and the music is a great blend of Doraemon’s iconic musical tones, and the laid-back, rural soundtrack of Story of Seasons. As simple as it might look in screenshots, in motion Doraemon is a genuinely immersive feast for the eyes, and every time I sit down to play this game, I end up pouring much more time into it than I expected, as it puts me in such a good and relaxed pace.

It’s utterly cheerful, wholesome stuff, and because the Story of Seasons/Harvest Moon theme is so comfortably familiar, it’s also the perfect introduction to Japan’s iconic robot blue cat, if you’ve somehow missed him in the past. The PlayStation 4 port will be just that, a port, but that’s okay, because the game was already loaded with charm and already looked gorgeous anyway.

Mark it down, peeps. September 4. You’ll want this one.