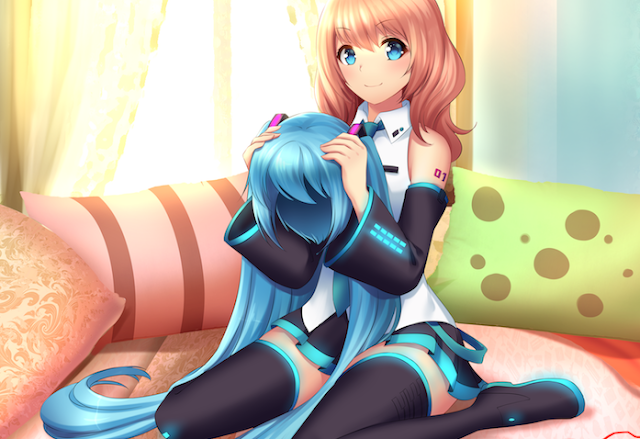 I’ve got some exciting news to share. Today we’re announcing a new game in the My Time With Dee Dee series. Note, though, that this is not the next one I’m working on personally – work on that one continues to plug along, but it is a very big project this time around, so there’s nothing new to share on that one just yet.

This is actually being written by someone else, and yes, that means we’re actually working on two Dee Dee VNs at the same time!

For now we’ve just got the announcement press release to share, but we’ll be sharing more details very soon – this one is actually quite far along in development, and you’ll be playing it in a matter of weeks, not months.

While it’s being written by someone else, structurally it will be the same as other volumes in the Dee Dee VN series (and of course all Patreon backers will get download codes for it as part of their support of DDNet). I’m very much looking forward to hearing your thoughts on this different take on Dee Dee and her pals.

For now, though, the press release! Let me know what you think!

DDNet, the game publishing arm of DigitallyDownloaded.net, is pleased to announce the latest volume in its My Time With Dee Dee visual novel series: Summer Loop.

It’s the last day of summer, and that makes it the perfect day to hit up the beach, have a swim, and play some beach volleyball, right? Well, as you’re about to find out, sometimes things don’t work out quite the way that you planned…

Summer Loop is the third full visual novel volume in the My Time With Dee Dee series. Inspired by a wide range of works, from the slice-of-life anime genre (and the infamous “beach episodes” that every anime gets), right through to the absurdist work of Jean-Paul Sartre and Samuel Beckett, the game features the DigitallyDownloaded.net mascot, Dee Dee, along with her friends, in their latest expectations-bending adventure.

When you play a My Time With Dee Dee VN, you can be sure that you’ll get a couple of things:

– Narratives that are heavily inspired by literature, film and philosophy, reworked so that they’re both accessible to everyone, regardless of familiarity, and an interesting “101 introduction” to the topic.
– Light-hearted humour and eye-opening moments as the girls up their antics to 11 (and beyond)
– Fan service. Plenty of fan service. Because who doesn’t enjoy fan service?

Each title in the series is designed to be short and breezily entertaining at a couple of hours in length. They’re also very replayable, with each featuring multiple endings and plenty of narrative arcs to work through.

Each volume of the My Time With Dee Dee is self-contained: The characters are the same, but their situations and stories are completely separate. Summer Loop will be the first volume to be written by a third party.

Doraemon Story of Seasons on PS4 has its western release date