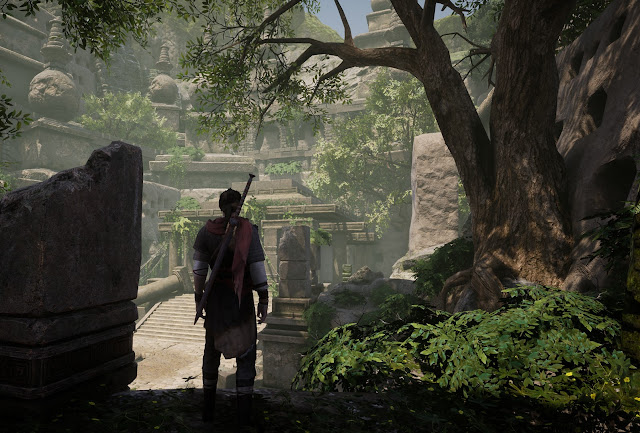 It’s good to see the Asian development scene starting to open up more. Once upon a time the only developers out of Asia that got worldwide recognition tended to be from Japan and Korea, but in recent years we’ve seen the likes of China, Taiwan, Indonesia and Singapore start to take their games worldwide too.

Xuan-Yuan Sword VII is one such example. Coming to us from Taiwanese developer, Softstar Entertainment, it’s a very promising looking action RPG that is “rooted in Chinese history and mythology.” From the trailer it looks like it’ll be heavily reliant on dodging and countering, with challenging-looking bosses, and while I don’t want to mention the dreaded “Souls-like”, it does look like it wants to challenge players.

What is really fascinating about this one is that it promises to heavily follow the fortunes of an entire branch of philosophy. As per the Steam page: “Mohism, an ancient Chinese philosophy of logic, rational thought, and science, was once as popular as Confucianism in China 2200 years ago. In this game, the Mohists are known for their high level “Mechanic“ technology far beyond the times. However, civil disagreements are challenging their faith, making them fall apart in decades. Can the Mohists revive to their former glory or fade in the pages of history? In Xuan-Yuan Sword VII, you will witness the final destiny of the Mohists.”

It’s not often that a game wears a promise of philosophy on its sleeve quite like that, so hopefully Xuan-Yuan Sword VII backs it when it releases later this year on PlayStation 4 and PC.

Dead or Alive 6 update: Tamaki joins the roster, and this girl rocks