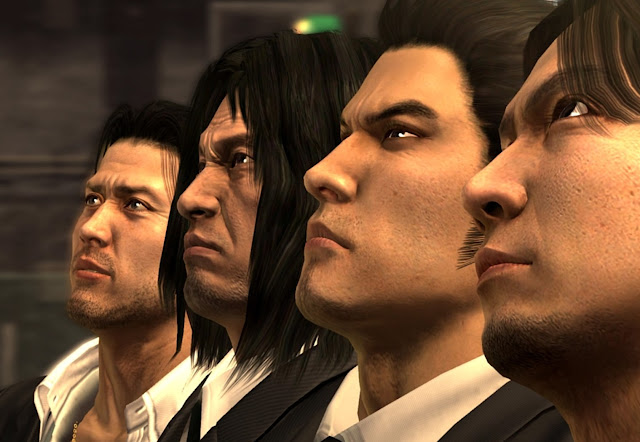 Three Yakuza games in one collection is a big ask of a player. A very, very big ask. For “open world” experiences that take place in the smallest of open worlds, each Yakuza title has a habit of sprawling and becoming the most labyrinthine crime dramas imaginable. Putting three of them into the one volume is almost cruel as a sheer time drain.

Related reading: Yakuza 0 is the best place to start with the Yakuza series. Here’s everything you need to know.

Thankfully, sprawling is okay when it’s not about shoving content at players for the sake of it, and there’s not a second across the trilogy in the Remasetered Collection that feels like it’s content. Yakuza games have become beloved because they offer a finely-honed balance of crime drama and truly oddball humour, breaking up the (always reasonably serious) main plotline with side quests and minigames that range from the absurd to the truly ridiculous. There isn’t a moment across these three games where they lose focus on the vision, and it takes playing them back-to-back, like you will with this set, to truly appreciate that.

The collection contains HD remasters of Yakuza 3, 4 and 5. Yakuza 5 was a late-stage PlayStation 3 release, while Yakuza 3 and 4 were from the beginning of last decade. Right from the start it needs to be said that these games don’t have the visual fidelity of the PlayStation 4 remakes of the first two titles in the series (Yakuza Kiwami and its sequel). On the other hand, those first two titles were PS2-era releases and 3 through 5 are in much a much less aged state from the outset. Naturally, these games also don’t look up to the same standard as Yakuza 0 and 6, which are native PlayStation 4 titles. However, each title still looks lovely in the state that it’s in, and given that it brings the entire narrative of series protagonist, Kiryu, onto the one device, the concession of necessity (there’s no way SEGA had the resources to do a “Kiwami” update to all three of these games), is worthwhile. 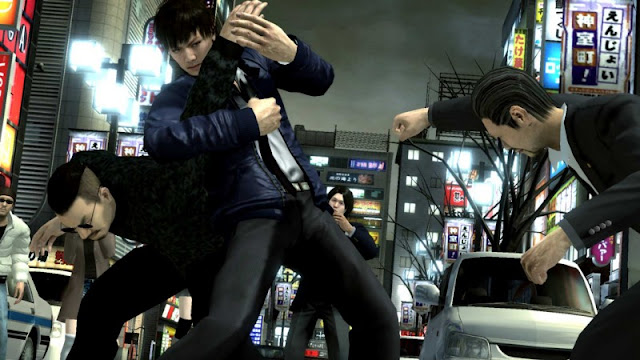 There’s far too much plot to talk about in a single review here, but what’s pertinent is that the arc from chapters three through five see Kiryu try, time and again, to get out of the world of the yakuza, only for it to have a habit of pulling him right back in. Yakuza 3 opens with Kiryu having retired to run an orphanage on Okinawa – the equivalent of fleeing to the most remote corner of the country possible – only to almost instantly be drawn into the politics of the Okinawan yakuza, and from there back into the entire world of the crime mob. It’s almost cruel, in the way that it rips Kiryu with a paradise where he can spend his time fishing on a private beach and hanging out with his kids. One moment he’s helping a boy deal with being bullied, and the next he’s staging a full-on invasion of the most powerful mob’s headquarters in town.

You can actually see Kiryu become wearier as he goes on. By the time he reaches his spectacular 1 vs. 100 battle early on in Yakuza 5 (early, though surely the most memorable scene within the game), you get the sense that a lesser man would have been broken from the universe’s insistence that Kiryu is never getting out of the mob. The development of Kiryu across the series is one of those bits of performative brilliance that are hard to truly appreciate unless in the context of playing the games back-to-back. It’s subtle, it’s nuanced, but it’s there.

One of the things I’ve always loved about the Yakuza series is the way it can make me homesick for Japan, and seeing the cities themselves grow over time is another benefit to playing through a couple of titles in order. As much a character within the context of the games as the people themselves, the various locations of each Yakuza title simmer with personality and their own charms, and in 3 through 5 we start to see a real expansion, as the series stretches to encompass many of the great locations across Japan. Here you’ll visit everything from the tropical Okinawa to chilly Hokkaido, and the virtual tourism on offer is not something to overlook. While Yakuza games use fake names for products and retail outlets (generally), the experience is authentic. Whether you’re having a quick bite at a burger joint, browsing the convenience stores (unlike in Australia, in Japan they’re actually convenient), or hitting up the Mahjong parlour for some downtime, your time in the various virtual cities feels authentic and – more importantly – organic. You can so fluidly slip from one activity to the next that you can genuinely forget about the main plot for hours at a time, meaning that the cities of the Yakuza series have no artifice and never feel like they’re pushing you anywhere. 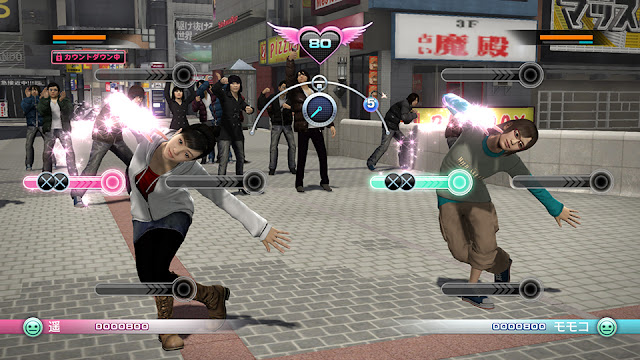 It should go without saying that the activities available in Yakuza 3 and 4 are a little limited to what has come since. The open world side of Yakuza has been a case of ongoing development, so what you experience in 0 (released as a prequel after all the titles in the collection), 6, and the remakes, is relatively raw, unrefined, and limited. But not bad, though. Not by any means. From a quick arcade game or two, to mastering Hanafuda, and on to the hostess management “mini”-games that are closer to full video games in their own right, you’ll get a lot of the “best-of” selection in playing Yakuza 3 and 4. By the time Yakuza 5 had rolled around the series had found the groove that you’d see in later titles, so while it looks a little less sharp, that particular title had all the same stuff going for it.

Now, for all the good, a couple of disclaimers: Firstly, these really are pretty straightforward re-releases. A little bit of material that was cut for the English releases here and there has been added back in, and for legal and availability reasons, one of Yakuza 4’s cast was re-cast. However, for the most part, if you’ve already played these games, it’s not like a full-on remake where you’ll get a substantially different experience in the re-play. Secondly, Yakuza 5 only released today, and while I’ve put a solid few hours into it, no, I haven’t finished it yet. I did, of course, play it right through back on the PlayStation 3, so I know the game well, and have observed no issues thus far with the re-release, especially given that it’s tracking the quality of the other two ports. Finally, and potentially the most concerning issue is that I have heard that some other people have experienced frequent crashes while playing. That’s something you might want to look further into, but for my part I’ve not encountered a single bug to date.

On the one hand, the Yakuza Remastered Collection is “just” a re-release of three games, with relatively minimal effort having gone into the updates. On the other hand, it’s three superb games within an astounding collection that allows you to play the entire series from beginning to end, whenever you find a cool 500 hours or so to sit down and work through it all. In that context, the 200 or so hours that the Collection represents is a major chunk of some of the best action you’ll ever find in video games.

A Japanese book you should read: Journey Under The Midnight Sun