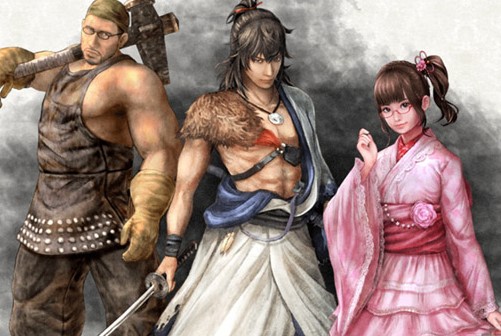 Through Shinto-based storytelling and mythology there is a fun concept in Japan; Hyakki Yagyo, which translates as “The Night Parade of 100 Demons”. That’s only a rough translation, since the “parade” is made up of yokai, which are not really demons, but rather spirit creatures. Nonetheless that’s how we translate it, and putting that aside, Hyakki Yagyo has captured the imagination of the Japanese for eons, and you only need to look at one of the elaborate scrolls, where an artist has, over metres of paper, carefully depicted their vision of all 100 creatures, to understand why. Aesthetically and culturally the “parade” is fascinating. Acquire’s newest release, Katana Kami, is the perfect representation of that concept in a video game.

Katana Kami is an action roguelike, combining the game’s western publisher, Spike Chunsoft’s, own Mystery Dungeon formula with a counter-and-block heavy action combat system. And, again, that is the perfect way to capture the essence of a parade of 100 “demons”. Each new dungeon level brings one or two new monsters, broken up every so often with a level dedicated to a hulking boss creature. As a total experience, it offers the same effect as slowly moving your gaze across one of the aforementioned scroll paintings, taking in each new monster that you see. With enemy designs as vivid and creative as what yokai allow, Katana Kami is a joy to progress through just to see what comes next.

Unfortunately, it is a slow starter. For one thing, for a developer that specialises in action combat, Acquire’s teams have an unpleasant habit of lacking an eye for detail with combat systems. There are times where I felt like my button presses weren’t translating properly to on-screen action, and at other times, the loose movement of my hero would get him crashing around like a bull in a china shop. AI can also be incredibly dense, which damages the integrity of the intricate, near Dark Souls-like combat structure, and there are some truly weird button mapping issues. There’s a powerful sweep attack that requires you to hold down the sword draw button (when the sword is sheathed), and then press an attack button. However, locking on to an enemy (as you’ll naturally want to do when you see one), will cause you to automatically draw your weapon, and the occasional unresponsiveness meant that sometimes I’d run around to pull a horde of enemies in, then attempt a sweep attack, only to end up staring at the horde dumbly with my sword simply unsheathed. 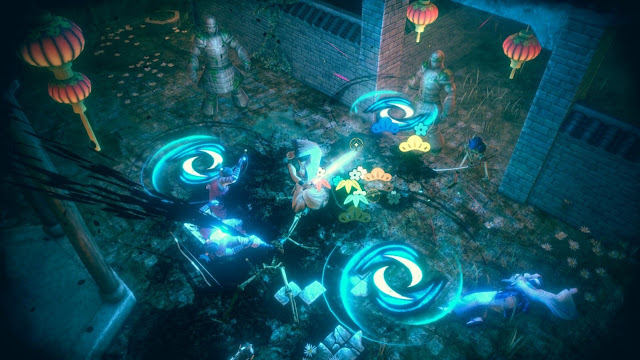 Based on that paragraph you might assume that I found Katana Kami to be a frustrating experience, and for the first couple of hours it was. Thankfully, the strong concept of the game allowed me the patience to go through the painstaking process of coming to grips with the action and, a couple of hours later, I’d worked my way around the game’s deficiencies. From that point I found the game to be challenging (as all good roguelikes should be), but rarely did I feel like I was hard done by when my character got sledgehammered by something. Plus, again, at that point I was so invested in encountering the vibrant, eclectic range of monsters that I just did not care about minor deficiencies.

The story of Katana Kami is quite simple – you’re a wandering samurai (ronin), and you come across a scene in which a blacksmith’s daughter is being kidnapped until he can repay his (massive) debts. You agree to help out by making regular payments to the mobsters, but in return you expect the girl’s hand in marriage at the end. Yes, it’s a damsel in distress plotline, and while those have become quite trite, the Way of the Samurai heritage in Katana Kami sees it through – there’s a wickedly dry sense of humour in this game and, limited as the plot goes, it’s finely tuned to maximum personality.

In addition to that overarching goal, you also get to play politics during the daylight hours (night is for the yokai fighting and dungeon crawling). There are three different factions in Katana Kami, and you need to fulfill requests for each. Preference one faction too much and its power and influence will grow, to the chagrin of the other two factions, and that will lead to civil war. You may want that, or you may want to play it peaceful – Way of the Samurai has always been open-ended in how players can approach the world, and though this is a limited application of that philosophy, it applies here too. 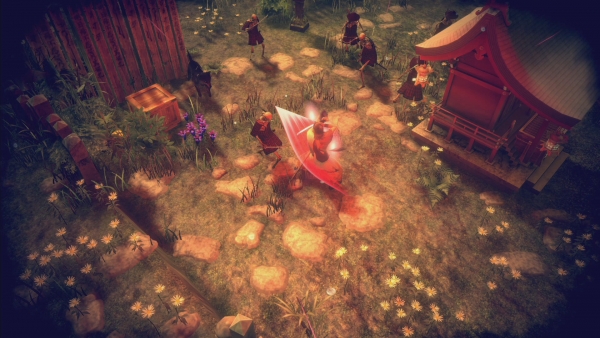 Most of your time will be spent in the dungeons, though. Individual dungeon levels tend to be short, but deadly, and you’ll need to run a gauntlet of quite a few of them before the option to return to town is presented to you. Die in a dungeon and, like a true roguelike, you’ll be thrown back to the surface with all your loot gone… and given that it doesn’t take long for the daughter-kidnapping gang to start demanding big repayments in short time spans, that can be a major problem. With that being said, as a roguelike there is the assumption that sometimes a monster will get you, and the balance of the game is such that you’ll see that as an invitation to try again, rather than a reason to give up.

Also helping Katana Kami is the aesthetics. I mentioned that the monster designs are fascinating, so much so that they pop with vibrancy even given the isometric perspective, but the environments themselves are gorgeous too, with an otherworldy, Jigoku (Japanese hell) sinister tone to them, blended with a celebration of the natural and wild that perfectly complements the yokai theme. The soundtrack is quite mesmerising, too. During boss battles and when encountering difficult zones filled with enemies it picks up pace, but just as often it’s ambient, heavy on the traditional Japanese instruments, and the kind of soundscape that you would expect from a visit to a Shinto shrine.

My one real concern with Katana Kami is that I’m not sure just how well it conveys its themes to people who aren’t already deeply into this stuff. You look at it on the surface, and it’s a loot-heavy dungeon crawler with randomised environments, and that means it forgoes interesting level design. As vivid as the monsters are in terms of design and theme, to fight they lack the visionary range of a FromSoftware title, and that humour is so very dry. Additionally, people don’t tend to understand Shinto (in fact most travelers struggle to even tell the difference between a Shinto shrine and Buddhist temple in Japan), and the game’s not nearly explicit enough in explaining how it draws on Shinto mythology as the basis of just about everything in it. Strip all the assumed knowledge that the developer has placed on the players, and I suspect that a fair few people will see Katana Kami as not having too much left to it. As a cultural artefact it is perhaps a little too subtle for its own good. 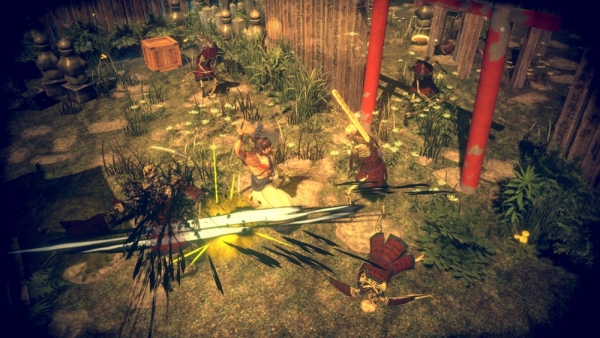 As someone who has converted to Shinto (insofar as it’s possible to “convert” to a religion that doesn’t have that kind of formal organisation – really I just accept what the religion says as compatible to my own world view), I do fall into what is probably a very narrow audience band for the game in the west. It’s gorgeous, it’s vivid, and it’s compelling. Deeply so. As I mention in a video I recorded on the game, I actually categorise this in my head alongside Oreshika, an unfortunately obscure JRPG on the PlayStation Vita. Both games so readily bring to mind the ukiyo-e paintings and yokai storytelling traditions that I see every time I visit exhibitions on the subject in Japan, and I believe they should be studied as modern interpretations of those works. So, yes, while I probably enjoy Katana Kami more as a cultural work than a game, such as it is, that’s so much more important to me anyway.

Katana Kami: Why I love this action roguelike