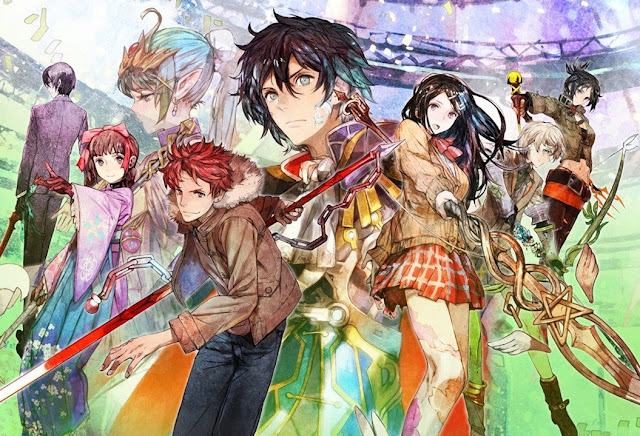 It is my pet theory that Nintendo, desperate for content on the ailing Wii U, went and had a meeting with Atlus. There, Atlus showed some clips of a discarded Persona game… or perhaps an internal concept demo. Nintendo then said “we’ll give you some money. Can you finish this, and pretend this is a cross-over with Fire Emblem?” To which Atlus replied “here’s our bank details,” and Tokyo Mirage Sessions was born. Of course I have no way of proving this theory, but TMS is a Persona title in every which way, with only the most mild Fire Emblem references. It also happens to be quite brilliant and, as one of the best things that the Wii U saw through its life, it is great to see it get a second run at life on a console that people actually play.

Related reading: Patreon backers can access an essay I wrote on Japan’s idol culture as it relates to TMS. Access it here!

Each Persona game is ultimately a story about identity, and how both the heroes and villains define themselves within the world that they live. The Personas are manifestations of their psyche, and the dungeons are a world apart where it’s purely the psyche that’s tested.

Structurally, Tokyo Mirage Sessions is the same deal, however, thematically it is a little different from that base, in that it’s not so much about an individual’s psyche – their ID – as it is about a cultural phenomenon. By that I do mean Japanese pop culture. Aside from manga and anime, Japan’s never been that effective in exporting its pop culture, from idols and the music culture, through to its films, actors, and a very unique kind of fashion industry. It’s a pity the rest of the world only gets snippets of the industry through AKB48 YouTube videos and the like, because while Japan’s pop culture is by no means above criticism, it is dynamic, vibrant, energetic, exciting, and runs in perfect parallel to Persona’s aesthetics. 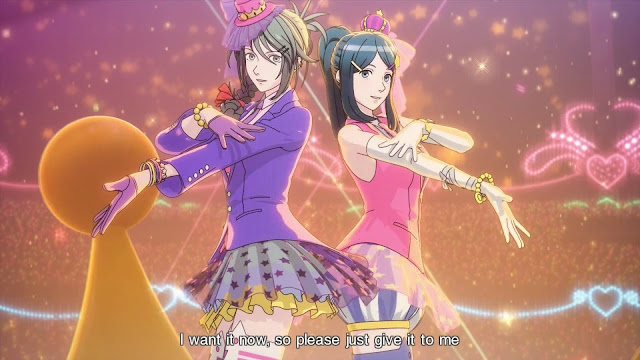 Tokyo Mirage Sessions is a truly colourful game, and comes loaded with so much pop culture energy that you’re likely to miss any number of references and homages that are scattered throughout it. For just one example, one of the characters, Tiki, is Hatsune Miku-adjacent as a digital celebrity. You’ll encounter one of her fans early on, and the associated side quest’s title is a homage to the breakout bit of music that launched Hatsune Miku – I’ll Miku Miku You. It – and the many others like it within the game – is an obscure reference, and I do think that players that haven’t spent time immersed within Japanese pop culture will miss a fair chunk of Tokyo Mirage Sessions’ deeper appeal, but thankfully there’s so much going on that it’s still going to be a wonderfully vibrant adventure.

The characters are all great, for a start. As with the Persona series, TMS features a large ensemble cast, and you can delve deep into the personalities of each character through an elaborate side-story system. There are reasons that you’ll want to do so – as your bond with these characters deepen there are benefits in it for you across exploration and combat – but you’ll also want to simply because their individual stories are so fascinating. It’s not easy to make it in Japanese showbiz, so seeing how these characters overcome their personal demons makes for side-stories every bit as compelling as the overall narrative.

Persona 5 gave the series a well-deserved reputation for making turn-based combat so slick and engaging that turn-based combat suddenly became cool again, but Tokyo Mirage Sessions is no slouch there either. Playing to the “performance” theme, TMS’ battles play out in a staged area, with a large crowd watching and cheering on. To suit that, attacks tend to be flashy and dramatic, and the energy of any battle will make you forget quickly that it’s actually a slow-paced, highly strategic affair. 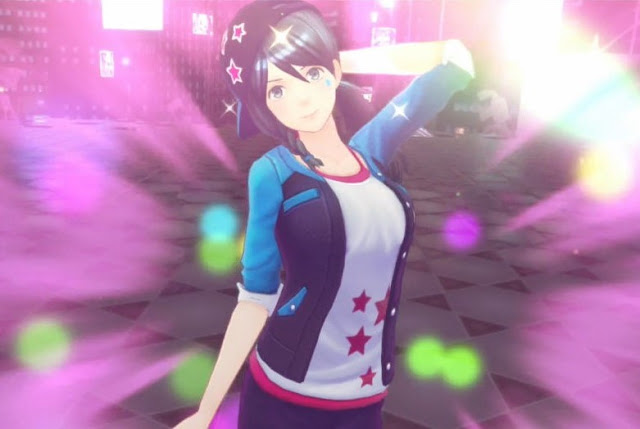 Key to success in battles is exploiting enemy weaknesses. This is standard for Atlus JRPGs. Any time you hit an enemy using an attack it’s weak to, one of your allies in combat will get a free follow-up attack. But only if they have unlocked a skill that allows them to follow up an attack of whatever elemental or physical type you just used. It sounds complex to describe, but in practice it’s quite elegant, and really forces you to think about party construction. You’ll want to take the right heroes into any given dungeon, making sure that the attacks that you’re most likely to use (i.e. the ones that enemies have weaknesses for), are backed up by characters that have the skills to execute follow-on attacks.

Related reading: Our review of the game for its original launch on Wii U.

The difference between a good turn-based JRPG combat system and a dull one is whether you’re encouraged to use the full gamut of the skills available to you, and on that basis, TMS offers a very good combat system indeed. Unless you’re fully exploiting enemy weaknesses, battles can become very difficult, and while you can grind away experience levels, it’s both incredibly inefficient and the game actively discourages it. Taking advantage of those weaknesses, however, makes things much smoother. Most dungeons feature enemies that have wildly different weaknesses, so you’ll need to use the full range of all of your character’s abilities.

Perhaps my favourite part of TMS’ gameplay, however, is the dungeon designs themselves. As with the Persona series, every dungeon layout is a reflection of a particular experience that one of the characters is having. In this case, the dungeons reflect the main female protagonist – Tsubasa – as she works to break through the personal and professional barriers that she faces on the way to becoming an idol. With distinctive, strong themes and some clever spatial puzzles thrown throughout, these dungeon delves are visual and creative delights. 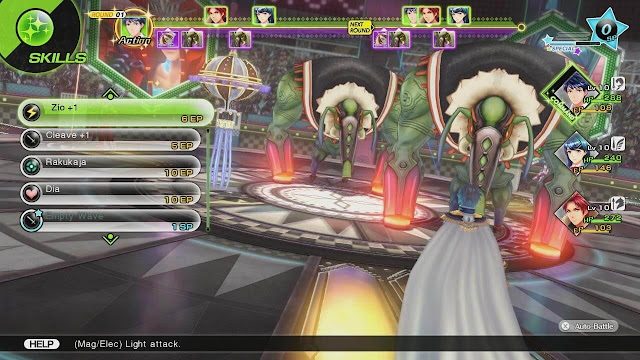 The port to Nintendo Switch hasn’t changed too much. There’s a minor application of the Wii U Gamepad that has been rolled into a single screen experience (where once you needed to look down at the gamepad to see your in-game mobile phone and messages from the characters, now you simply pull it up via a menu). There has been some additional story hooks thrown in too, though nothing more than the equivalent of a DLC pack. But really the biggest benefit to TMS on the Switch is being able to play it on the go. Turn-based JRPGs fit nicely with handheld playing habits. It’s why the 3DS and PlayStation Vita enjoyed so many of them, and on the Switch’s nice, large screen, the visual energy of TMS is carried beautifully.

Unless I’ve somehow forgotten something spectacular, the last Wii U title worth playing and desperately needing a Switch port is now Project Zero: Maiden of Blackwater. Tokyo Mirage Sessions was one of the very few Wii U titles that I’ve been hanging out for a Switch re-release of since I first got my hands on the console, and it doesn’t disappoint on any level. It’s a brilliant concept, well told, and backed by Atlus’ skill with turn-based combat at its peak.