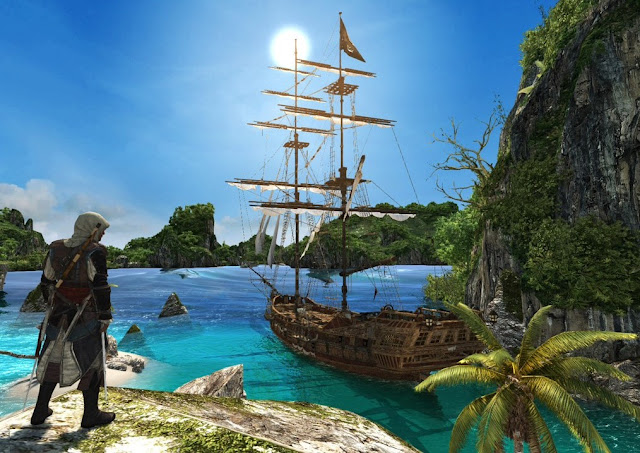 Assassin’s Creed Rogue is one of those games that I’ll keep re-playing every time Ubisoft re-releases it. After Assassin’s Creed Liberation, it is my favourite entry in the series, and like with Liberation, having it on the Nintendo Switch is a truly great thing. It comes to us in a two pack, along with Assassin’s Creed IV: Black Flag, which is… well, meh.

Actually, I exaggerate. Black Flag is in itself good fun, being the first Assassin’s Creed to make ship-based exploration and combat core to the experience, and letting you sail around the Caribbean being a pirate is… well, both trite and overdone, but also fundamentally cool. One of the things I’ve always loved about Assassin’s Creed is that I generally come away from them having learned something, as they often hit blind spots in my historical knowledge, and generally speaking they inspire me to learn a bit more about the era. Assassin’s Creed 3, for example, helped me understand that Samuel Adams is not just a really good beer brand. Liberation really inspired me to learn about the early days of the deep south, and Rogue, in this pack, gave me insight into what was happening in the north in those early days of colonised America.

Ironically enough I knew a lot about the history of piracy in the Caribbean going into Black Flag, and that’s perhaps why it fell a little more flat to me. Already knowing the names and major events as depicted in the game meant that I really was playing it for the gameplay, and as it’s a Ubisoft open world thing, I never really played these for the gameplay. You know the sort – icons everywhere as the game does its damnest to convince you that there’s a lot to its open world, but there are only so many Easter egg hunts you can handle before it all becomes exhausting. I will say, however, that it’s always refreshing coming back to these earlier Assassin’s Creed titles now. Without the Destiny-like experience systems of modern Assassin’s Creed titles, these earlier ones feel more focused and less desperate to latch on to every popular gameplay system. What’s more is that there was a greater effort to balance the action between stealth, strategic planning and recon around environments, and combat, where later titles have skewed heavily towards a more complete focus on the visceral (that being the combat), and come off feeling the more shallow for it.

This is one thing in Assassin’s Creed that never gets old #NintendoSwitch pic.twitter.com/R1jwI8fflR

As a series I still love Assassin’s Creed a lot, and it’s the one AAA-franchise that I play without a second’s hesitation or consideration, but I am a purist in that I do prefer these earlier titles, so while I don’t think that Black Flag is the best of the bunch, I still enjoyed replaying it here more than I would have enjoyed a port of Odyssey or Origins. Rogue, on the other hand… I really do have a lot of love for Rogue.

Ubisoft has this habit of using those games that it has much lower expectations for to really explore creative ideas. Liberation, which I keep mentioning as my favourite, was a humble little PlayStation Vita title and so, while it was more limited in scope, the teams that did work on it clearly had greater creative freedom. They cast an ethnic minority woman as the lead role, reduced the emphasis on collectibles to instead focus on telling a story, and all but rid itself of the nonsense “real-world” Abstergo plotlines that have been such a plague to the entire Assassin’s Creed property. Then there’s the Chronicles sub series of 2D platformers, with a wildly creative bunch of characters and historical periods (China, India, Soviet Russia), that collectively are so much more interesting and exotic than the main series.

Assassin’s Creed Rogue belongs to that same tradition. It was originally released on PlayStation 3 at the same time that Ubisoft released Unity on the shiny then-new PlayStation 4, and the marketing and promotional activity heavily skewed towards Unity. This lack of pressure clearly helped the Rogue developers, however, as it allowed them to give players an Irishman assassin turncoat to play, and go some pretty dark places with that story arc at that. I have no idea how well the game has performed in terms of sales, but there is a HD remaster of the thing on PlayStation 4 as well, so I do hope that anyone that missed it in the original console generation tradition has since gone back to it. 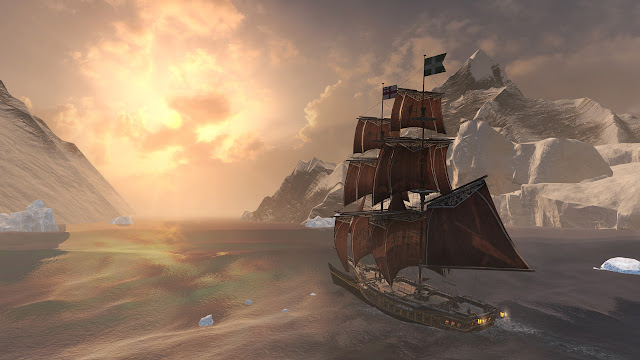 The Nintendo Switch port of both Assassin’s Creed IV and Rogue is perfectly competent. As you might expect, both games fare poorly in comparison to newer titles, or the HD remaster of Rogue. There’s some particularly uncomfortable shadow effects that are particularly noticeable in cut scenes. The “soaring eagle” shots, whenever your character climbs to the top of a key building and the camera pans around to show the entire environment, also falls a little flat as there’s issues with details in the distance, even on the Switch’s handheld screen. However, during the action itself both titles run (and look) fine, and the sense of scale with all the ship sailing is all the more impressive when on a diminutive handheld device.

As one final note, all the DLC for both titles is included in the Rebel Collection, and this includes Freedom Cry, which is a truly substantial bit of DLC for Assassin’s Creed IV that was sold as a standalone product on PlayStation 3. Again, as something aside from the main Assassin’s Creed moneymakers, Ubisoft gave the development team a looser leash with Freedom Cry, and the story of former slave, Adewale, turned legendary assassin, is of such quality that you could really look at the Collection as a pack of three games.

Between The Rebel Collection and the Assassin’s Creed 3 + Liberation packs, the Nintendo Switch has the pinnacle of the series available for it now, as far as I’m concerned. Having these games available for on-the-go play makes the mild concessions made more than a fair tradeoff, and it speaks to the quality of Rogue in particular that I was more than happy to play it through yet again. It’s a rare game indeed that ropes me in for a third replay.