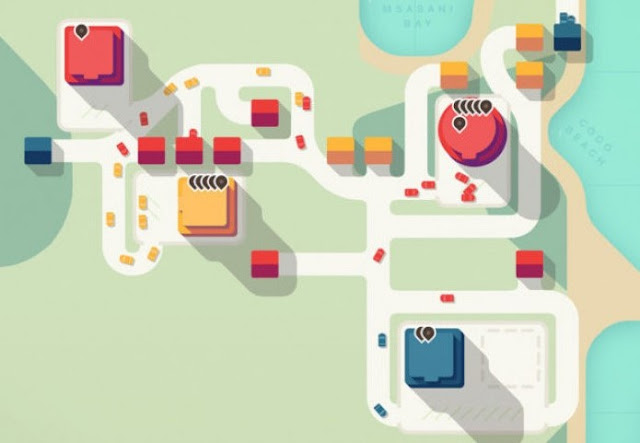 Last week, Apple’s Apple Arcade formally launched, bringing people a host of games to play for the incredibly low price of around $Aus8 per month. It’s Apple’s attempt to breathe life back into its devices as gaming platforms; where the App store has become plagued with trashy free-to-play nonsense, Apple Arcade promises to bring “premium” experiences back to the fore.

It doesn’t make much sense to us to review these games. As they’re effectively free, and for a ridiculously low subscription cost, it’s hard to see why anyone with an Apple device would not readily subscribe to Apple Arcade. But as redundant as the reviews feel, there are a lot of games landing on the service that are worth highlighting and talking about, so we’re going to do a semi-regular series looking at some of the highlights – each time talking about three of the Apple Arcade titles that currently have us hooked.

Mini Motorways is the “sequel” to Mini Metro, the minimalist simulator that won us over on release, and has kept its claws dug deep into us ever since. Somehow, Mini Motorways manages to be an improvement on Mini Metro, and is all in itself a reason to buy into Apple Arcade.

Rather than build a train network, in Mini Motorways, you’re responsible for the road infrastructure of whatever city you plan to stay in. The basic mechanics aren’t much different – your job is to build a network that connects “consumers” (passengers in Mini Metro, but car drivers in Mini Motorways), with the specific location that they’re trying to reach. This starts out easy enough – match a single “household” of car drivers with a single “key building” they they want to travel to (the game is vague on whether that’s shopping malls, office work locations, or something entirely different). Soon enough, though, different colour key buildings and residential addresses pop up on the screen, and as residents will only ever go to the building of a matching colour, Mini Motorways quickly becomes a challenge of working out how to funnel traffic to the specific locations they want to visit as quickly as possible.

Game over occurs when a particular commercial building isn’t able to get customers in quick enough. This is usually because the road connections become too congested or blocked to enable a smooth flow of customers to those buildings. As you progress, the range of buildings and commercial centrres that you need to link up becomes truly overwhelming. But with each “game over” you’ll restart, because you just know you’ll be able to do better next time.

Mini Motorways isn’t perfect. The random nature through which new buildings will appeal will also mean that at times you’re left with a combination of buildings and layout that makes it impossible to build a truly efficient (and therefore high scoring) network. At the same time, the minimalist charm and the ease with which you can play means that that it hardly matters. Mini Metro was the ultimate “casual” game experience. Now it’s not. Its sequel has surpassed it in every way.

I am a bibliophile, and Dear Reader has filled a niche that I have been waiting to be filled for the longest time: Dear Reader takes literature and turns it into puzzles. These puzzles are not taxing, as far as the thought behind them goes. Rather, Dear Reader is clearly designed to encourage you to develop a love for books.

Each “puzzle” in Dear Reader takes a passage from a beloved work of classical literature, and then challenges you to solve word puzzles that uses that text. In some cases this will be to simply pick out the spelling errors that have been inserted into the text. At other times the puzzle requires you to rearrange words or sentences within the text. None of this will challenge anyone remotely familiar with the English language, but it acts as a clever way to introduce people who may have not experienced a classic yet, or alternatively give fans of a classic piece of literature a new way to engage with it.

It’s worth noting that you don’t get the full book with these “puzzles.” Rather, you get an abridged version that pulls out key moments in the text. With that being said, the presentation of these moments is very much like reading – the text is gorgeous and the interface is clean and elegant. If you haven’t read the book that you’re “playing” there’s also enough captured that you’ll be able to follow on based on the key quotes and crib notes that you’re provided.

There’s one big problem with Dear Reader: It seems to have been built with microtransactions in mind, and then those microtransactions were removed in the last moment to get the game on the Apple Arcade. As you complete “chapters” you earn ink points, which can be used to unlock extra books. The number of ink points you need to unlock a book are obscene, in comparison to what you earn as you play, and I found myself desperately tapping around to find the microtransaction menu. It’s not there, but I wish it was, because many of the books available for “purchase” with ink are on a timer and I just don’t have the time to dedicate to Dear Reader to get access to every book I love on that basis.

I never knew I wanted an 8-bit “de-make” of Dark Souls, but, as Bleak Sword shows, apparently that is exactly what I want. One of the handful of titles that Devolver Digital has already contributed to Apple Arcade, Bleak Sword offers that grim, dark, precise combat experience of the Souls series, distilled to work perfectly on mobile platforms.

In Bleak Sword your job is to clear a sequence of arenas, each with a mix of enemies, and each enemy has their own attack patterns. This is important, because the fastest (and only) route to success is mastering the countering system (and therefore the enemy attack patterns). Bleak Sword is a remarkably simple game to play – a combination of simple tap and holds split across the right hand and left hand of the screen is all you need – but actually mastering the timing required to deal with each enemy type is a grand, challenging quest.

There’s even the same “last chance” mechanic built in that the Souls series affords you. If your protagonist dies on a level, they’re liable to lose everything (including experience levels), unless they can successfully complete the problem level on the next try. This is, functionally, the exact same system that made Dark Souls so intense to players, knowing that after their charater’s death they have one final opportunity to get all that precious progress back.

Like with Dear Reader above, Bleak Sword is perhaps a little guilty of being a little unsure about what audiences will want from the Apple Arcade. The game is broken down into levels, exactly like an Angry Birds or similar would be, and frankly I think that Apple Arcade users will want cohesive console-like experiences, rather than this bite-sized content approach that breaks otherwise gorgeous action into levels. Still, the combat is slick, the aesthetic is gorgeous, and Bleak Sword is a game that I have kept reaching to every time I’ve grabbed my phone.

Broadly speaking, Apple Arcade is off to a really good start. It lacks for the AAA-nonsense, but then the AAA-nonsense is just that, nonsense. Apple Arcade could well become that lifeline for the middle tier on mobile that is so desperately needed – creative ideas, intelligently executed, and great to play, even if they don’t rival Call of Duty. The three games above can easily be considered “killer apps” for that approach to game publishing, and while I was initially skeptical of what Apple could offer to the market, I’ve now been convinced: Apple Arcade is the best new platform to land for years.

TGS 2019 Interview: On Utawarerumono and its Ainu influences