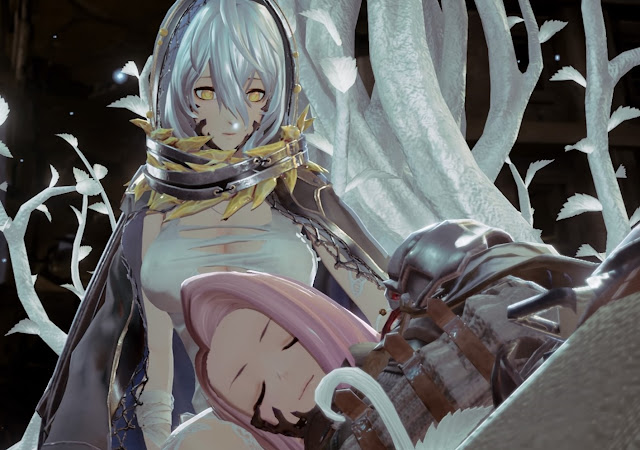 Code Vein has been a long time in coming. Developed by Bandai Namco, the company decided it was time to make its own Soulsborne instead of simply publishing yet another one. It’s one of the first anime-styled Soulsbornes, and through it we see just how far Bandai was willing to take the style, making it a refreshing contrast to just about every other entry in this little sub-genre.

Merging what are two separate great ideas, Code Vein is the love child of the ever increasingly in popularity Soulsborne formula, and anime vampires. Since they’ve been a little marred by the likes of Twilight, vampires don’t have the greatest street cred right now, and certainly as far as undead monsters are concerned, there are various beasties that are much more in vogue right now. This game puts them back in the limelight in a pretty cool way, though. Code Vein takes place in a world after the apocalypse, which has also been pretty popular of late. Recently awoken as a Revenant with no memories of what happened, the only thing you know is that you died, came into this state, and that you’ll need to ingest blood to stay alive. Unfortunately for you, all the sources outside of actual humans are going dry and that driving Revenants to a kind of madness for which there is no return.

Where Code Vein immediately takes a right turn from the standard formula is that it takes a much heavier approach to storytelling. Instead of feeding you scraps to decipher over the course of your journey, Code Vein instead tells you an explicit narrative, of how people have gotten to this point as they journey together. In that regards, Code Vein feels at times more like an action JRPG in that it’s more than the journey and following a linear story than it is about making the bosses the linchpin of the entire experience. 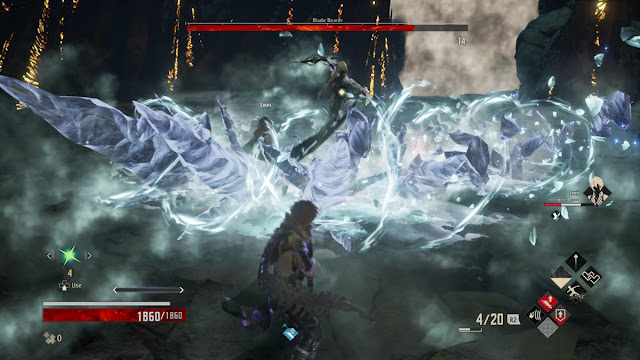 Having plenty of other characters to talk to makes the world feel alive instead of just a husk. In addition it means that instead of going it alone, you are in the constant company of a companion who has their own specialisation on top of their personality. Having this aid on the field brings about more possibilities as you can not only play as you want to, which is always a possibility, but you can be an actual support to a tank and play a more strategic role, rather than taking your foes on head on.

That said, there’s something satisfying about wielding the heaviest of weapons and coming out on top which is where the stat systems behind the combat show their true colours. Everything you equip has a purpose, from your blood type, to the armour that you can put on. Keeping with the vampire theme, you are a blank slate in that you can absorb the essence of others to use as your own. Using classic classes such as warrior, ranger, caster, berserker or assassin, you’re able to adopt each of these, which work as modifiers to your base stats and can even affect which weapon types you use.

Mixing and matching starts to become the name of the game as Code Vein plays the “fashionable souls” card. Giving you the choice of two weapons within the allocation of your blood code, your amour works as a third weapon giving you a form of parry and absorption attack that steals “haze” from your enemies, which you need for your special attacks. Useful mechanically, these garments fit the bill and keep on selling the idea of vampirism as you are leeching the life force of your enemies in order to make yourself stronger and come out on top. 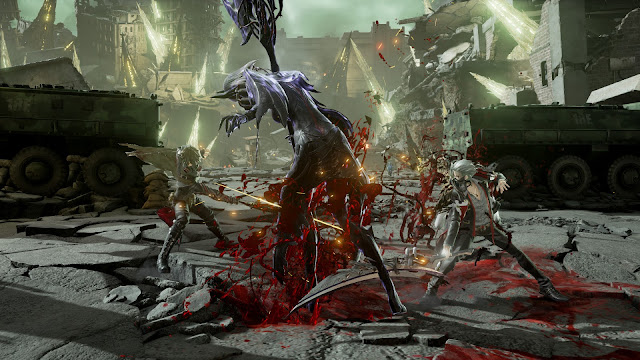 Now when you think of a Soulsborne, one of the first things to come to mind are giant interconnected environments that open up like a Metroidvania. Environments in Code Vein may not be the biggest, but they are varied as there are two separate sets. The first is the interconnected and varied in design overworld in which you’ll be advancing the main story. What I appreciated with these is that it goes back to being a bit more old school in that even if you unlock doors or kick down ladders, you’ll always still have a ways to go to find your path forward or make a run at a boss.

Some of the classical stress of a Soulsborne has been removed as both you and your companion can revive one another, however that is offset by the revelation that that not all rest points (known as Mistles) are actually points that you can use to rest. Some of these points are only used in order to unlock a very useful and welcome minimap. Having this map means that you don’t have to worry as much as where to go as it even comes with a wonderful dotted line showcasing where you’ve traveled (including if you’ve died). The more you run a path the thicker the line becomes, which is an enormously valuable navigation and strategy device, though it does mean that the actual rest spots are surprisingly far apart at times.

That’s the overworld itself. The second set of environments are dungeons known as The Deep. These are dark, dangerous and honestly a good place to grind if you need to. But more than the mechanics, The Deep is where you’ll find many more objects that are needed in order to unlock the forgotten memories of the Revenants who fight alongside you. Unlocking these memories give a reprieve from combat as you slowly walk through a montage of sorts that retells a part of their past and allows them to remember a bit more about themselves. It’s good for the pacing of this particular title, and a nice bit of balance for a genre that can feel a little overloaded on the action at times. 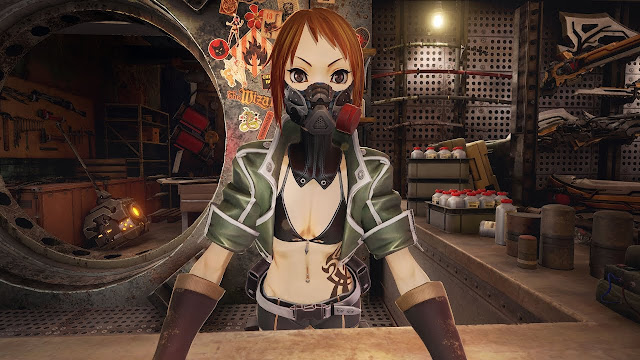 This combination of clever and original gameplay elements, and heavy storytelling in a genre not overly known for that makes for an excellent experience that stands out from the pack. From Software has been a tough bar to beat, however, with competition like this and Koei Tecmo’s Nioh series, From can’t rest on its laurels. We’re spoiled for choice now, and from top to bottom, Code Vein is worth every moment.