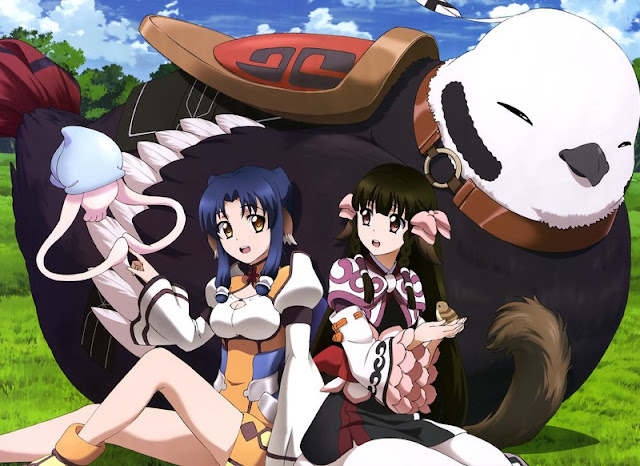 In addition to being a series that is fascinatingly inspired by Ainu culture (read about that in my previous interview), the other thing that I’ve always found interesting about Utawarerumono is its progress as a property. It’s still very niche, of course, but it’s one of a few games that has successfully made the leap from R18+, sex-filled action to a “legitimate”, broad-interest series that just about anyone can enjoy.

Utawarerumono started out as an adult visual novel – sex scenes and all – and that was obviously a PC-only release, and Japan-only, insofar as official translations go. Then came the efforts to “legitimise” it – remove the explicit sex scenes, while keeping the series heritage via fanservicey elements, and broaden its appeal beyond the specific-interest stores of Akihabara to consoles and, eventually, a global release. From there the series has grown, with a (rather great) anime adaptation, a mobile title, a Warriors-style action RPG spinoff (Utawarerumono Zan), and the series has also come full circle because NISA (the publisher behind Utawarerumono Zan) is also bringing a sex-free remake of the original to the west for the first time, in Prelude to the Fallen.

What I find really interesting is just how closely Utawarerumono’s trajectory has followed another mighty Japanese property: Fate. The first Fate: Fate/Stay Night itself featured sex scenes before going genuinely mainstream, thanks to a wildly popular anime, Warriors-style action RPG, and a massive merchandising push with the typically anime shop now having almost as many gorgeous Fate figures as it is filled with trashy Funko Pop nonsense. Now we just wish we could see Rin Tohsaka with her kit off, because Type-Moon will never go back to that space with its most valuable property (wait, did I really just write that?!?). 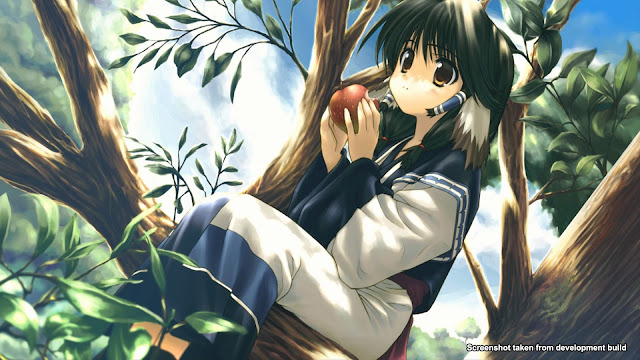 Utawarerumono seems to be a step or two behind Fate with its progress, but then it’s also a few years the newer property, at least as far as its global expansion is concerned. I asked series director, Aquaplus’ Washimi Tsutomu, if the team was looking at Fate and Type-Moon as a kind of template for this process of taking what was originally a hyper-niche game exclusively for the Japanese market, and growing it to something with worldwide appeal.

“Honestly speaking, a lot of the parallels that you mentioned are… well, chalk them up to coincidence,” Washimi said. “That being said, seeing Fate start out as this adult game and then move on to much greater things does make it a bit of an inspiration and certainly it’s the dream, as it were, for this type of game.”

This begs the question – why did both Utawarerumono and Fate turn to the Warriors-style action RPG for the spinoff? Washimi obviously can’t speak to the motivations of the Type-Moon team in taking that direction, but for Utawarerumono, it was a combination of fate (hah) and having a specific idea of how the team should broadening the series by doing something more visceral to go with the sedate pacing of the visual novels. 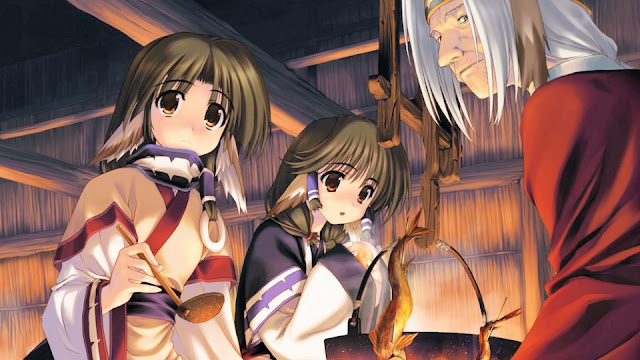 “As you’re well aware, because of the strategy RPG part of Utawarerumono, what you’re seeing as the player in the ”gameplay moments’ is chibi characters doing things. You as the player press a button, they perform an action, and your level of interactivity is simply that you press the button and you watch them perform an action,” Washimi said. “What we wanted to do is give the players a chance to see and experience the characters in actual action that they could control themselves. They could be more interactive, and they are more active participants in the action that was occurring onscreen.

“The reason we worked with Tamsoft on Zan is because Tamsoft have worked on the Senran Kagura series. I’m personally a pretty big fan of that series. An opportunity arose to speak with them about Utawarerumono, and it worked out.”

Utawarerumono Zan turned out really well. As I wrote in my review, the only real issue that I had with it was the narrative, which was a condensed version of the storyline of the visual novels, and the nature of the action meant that it needed to be condensed so far that you really need to have played the VNs through first before you’d be able to follow the plot of Zan. I asked Washimi why the team would take that approach, rather than write an original story for the spinoff, and the reason is quite simple; as a narrative, Utawarerumono’s strength is in its consistency across titles, and the team wanted to preserve that for Zan as well. 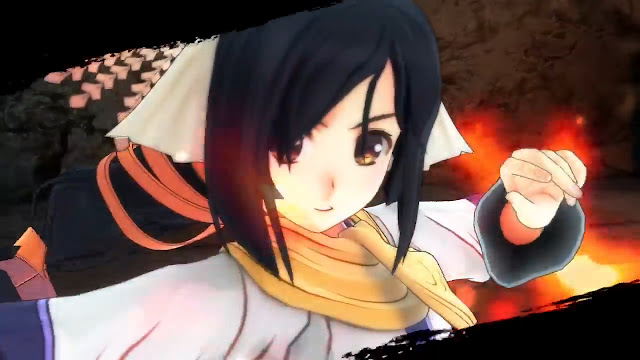 “The thing about Utawarerumono is that none of the games are written by a team,” Washimi said. “There’s one writer (Suga Munemitsu), and they take a long time to write, but nonetheless, for this series to be what we want it to be it has to be Suga that does the writing. To have him write a new story just for the purposes of Zan simply would have taken too much time to do, so rather than do that, we thought that we should base it on existing materials.”

On characterisation in Utawarerumono

Back to the sex. One of the questions that always comes up as R18+ visual novels are spin out into sex-free titles intended for broad release, is whether there are any compromises made in doing so. Is the characterisation or storytelling weakened or changed? As far as Washimi is concerned, with Utawarerumono, there was no creative compromises made in removing the sex.

“In some cases the sex scenes relate to a character. For example, there’s one character where her sexual scenes involve her drinking blood, and so yes, in that particular case characterisation is directly related to the sexual content of the game,” Washimi said. “With that being said, to really draw it to the heart of the topic, we believe that the characters are in and of themselves special enough that they don’t need that material in order to shine. So, by removing the sex scenes, and finding a different way to depict it we don’t think the characters were fundamentally altered. 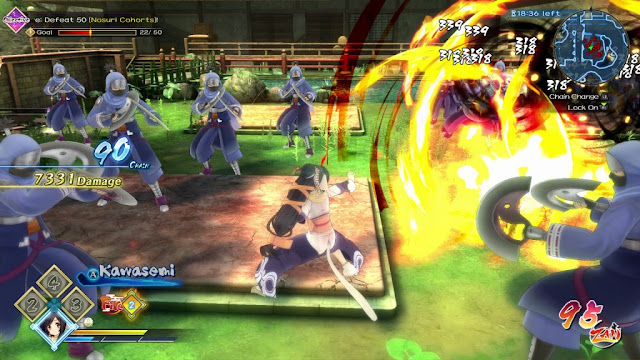 “The proof being that only the first Utawarerumono title featured sex scenes at any time. The sequels – which Utawarerumono Zan is based on – never had sex scenes in them, in Japan or the west and the writer was able to maintain his vision, characterisation and world building without them. All of these games still feel like they belong to the same fantasy and universe.

“Now, Suga himself may decide down the track that the sex scenes becomes necessary again, and if that happens we’d need to talk about it within the team. Because that’s where the line between art and business comes in. The simple reality is that to have that material in there means you can no longer release the game on a consumer platform.”

It is fascinating that the Utawarerumono team is so completely behind the vision of the writer. In many other cases the producer or director would exert a great deal more control over the development of the game, but with Utawarerumono, Suga’s vision ultimately wins out each time. 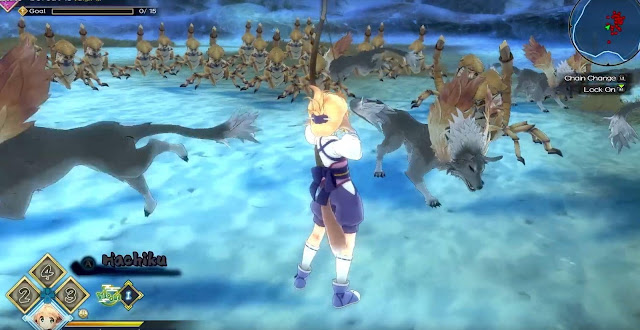 “When it came to the animal ears and tails that you see in the game the artist responsible for those actually said, ‘I don’t want to draw this. I don’t like this. It’s hard because the ears are going to be in a weird position’,” Washimi laughed. “Then Suga said, “but I want you to do this. Please find a way.” And so the happy medium, as you can see, is the character’s ears are where they would be for humans, but still furry, which was the compromise that the designer was able to still feel comfortable drawing it while having them in a natural place for humans without having the upper cat look.”

Suga was also the one that insisted that “Utawarerumono” remain the title for the English releases, despite the potential that the length of the word and foreignness of it being potentially off-putting to western audiences. As someone who doesn’t speak English, Suga wanted the title to remain a reflection of the culture that it came from, and wasn’t sure that it could be localised in a satisfactory manner.

Finally, that gorgeous mix of epic storytelling, right through to slapstick humour, which makes Utawarerumono such an eclectic, entertaining experience was all down to a trust that the development team have in Suga’s pacing and rhythm. 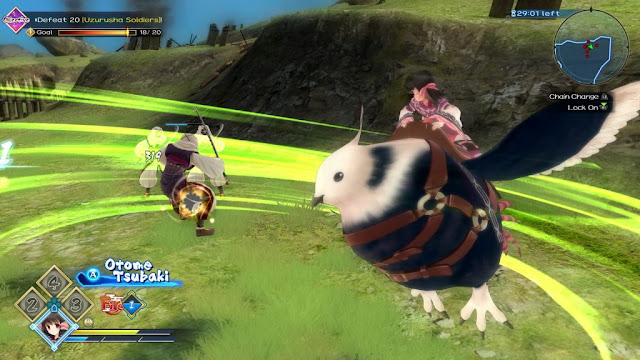 “For Suga, it’s just as important to show these silly scenes or mundane scenes as it is to show the ones that are more epic, and moving ones,” Washimi said. “For example, there’s one particularly funny scene, which you’ll get to see when you get to play Prelude in a few months, where two characters get into an extended fight about using the restroom. Suga really enjoys writing that kind of stuff, but by the same time, he knows how to balance it out so that it’s all appropriate to the scene itself and what’s happening in the game.

“Because it’s left up to the writer, there’s really no difficulty from a development standpoint about incorporating the various beats within the game. The only issue we’ve ever had is that Suga sometimes likes writing the comedic scenes a little too much, and they have a tendency to drag on and on, so sometimes as the producer has to step in to say that perhaps this one has gone far enough,” Washimi laughed.

Prelude to the Fallen releases early 2020, and then, who knows what’s next for the series? Hopefully there are many more games in the future for it, though, because it’s hard to shake the feeling that Utawarerumono is really only just getting started, and there is so much narrative, artistic, and strategy gold left in the property. Additionally, hopefully the series does follow Fate, and over the next couple of years the merchandise industry is inundated with Utawarerumono figures. I know I would buy a figure of Kokopo in exactly no time flat. Washimi assured me that Kokopo is not a fun homage/satire of a chocobo crossed with a kiwi bird but… well, I must say that in that regard I’m still not entirely convinced.