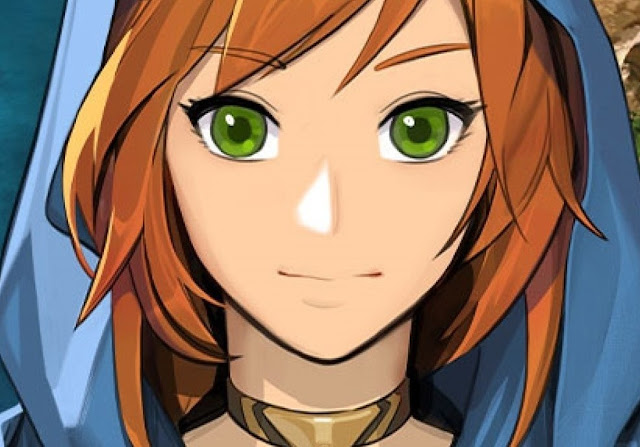 On the one hand, I’m very glad to see Puzzle Quest is back. On the other hand, as much as I enjoy Puzzle Question, I’m getting sick of playing the same game over and over as the only truly great example of the series. First released in 2007 – 12 years ago! – It’s a testament to the quality of that game that people are still buying, downloading, and playing the ever-loving heck out of it. It’s an indictment on those managing the property that nothing else in the series has even come close to the quality of the first Puzzle Quest.

There were probably titles that blended match-3, Bejeweled-style puzzling with RPG mechanics before Puzzle Quest, but Puzzle Quest’s X-factor made it the bee’s knees, before mobile phone gaming took a stranglehold over this particular genre and proceeded to ruin it with microtransactions. In Puzzle Quest, you take control of a hero and then, just with any other RPG, take on a range of quests that slowly escalate from being a series of small, isolated incidents (in this case, some undead monsters showing up and prowling about) into something with truly world-shattering consequences. Puzzle Quest was different to RPGs is that when you get into battle, you don’t resolve it by selecting attacks from menus or slicing-and-dicing in real time. Oh no. In Puzzle Quest you match-3.

Each puzzle board is filled with icons of different colours. By matching them together you build up the “mana” that you need to use your character’s abilities. Though, of course, your opponent is doing that too on their turn. Attacks do damage as with any RPG, and when one side or another is reduced to 0 health, that’s it for them. In addition, you can buy (or earn) loot that provides you with bonuses in combat, level up your character’s powers, and earn new skills along the way. 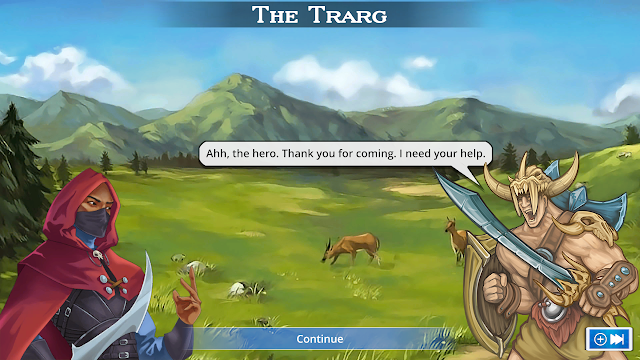 It’s a great, timeless combat system. The only problem with Puzzle Quest is that the random nature of match-3 puzzle boards means that sometimes your opponent will go on a spectacular run and utterly demolish you, in such a way that feels quite unfair. A number of other puzzle-RPGs have since found solutions for that particular issue, which has never been resolved in any of the many versions of Puzzle Quest, and that remains true with The Legend Returns. At other times, luck will be on your side, and you’ll be the one to go on a run. When that happens even tough battles will be a snap. I’m not a fan of random elements having the potential to ruin efforts at strategy to the extent that Puzzle Quest’s does, but thankfully a loss doesn’t take too long, so you never feel like you’re wasting your time, either.

The Legend Returns is the complete Puzzle Quest package, with all the DLC, and some additional neat bonuses like additional characters to play with. This is all appreciated, as it means there’s an awful lot of content in the one package, and it doesn’t seem to matter how many times I play Puzzle Quest, every time I play a new version of it I get completely lost within it. Its story is functional at best, but that puzzle action, and the process of building up a character, makes for one heck of a compelling grind.

However, in other areas The Legend Return is really showing how old Puzzle Quest is. Presentation was functional back in 2007, and those generic fantasy riffs that comprise the soundtrack, and pedestrian art for narrative sequences and the overworld map have not become any more inspiring in the years since. With that being said, the game fits nicely on the Switch’s screen and the puzzle board itself looks nice enough. 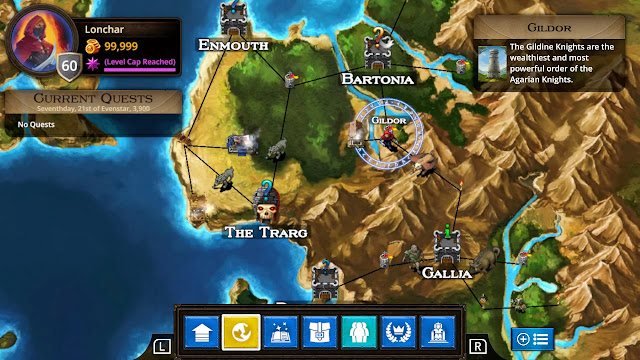 Unfortunately, the biggest issue that Puzzle Quest faces in 2019 is that what it was most impressive for over a decade ago just isn’t that impressive now. Puzzle Quest was always a content play. There was the sense that it would simply go on and on, and there were so many systems layered on top of one another. There was the RPG stuff. There was the match-3. There was a seemingly endless number of quests. There was a city building mechanic in there too. It was a game for people that just loved getting lost within system after system, for what felt like an endless time.

Now mobile gaming does that, and then some, and the idea of a single game being a hobby-forming habit is no longer quaint. Of course, it’s wonderful to play one like Puzzle Quest which isn’t structured around exploitative free-to-play mechanics, but when I think about what kind of market remains for puzzle/RPG mixes at a premium price… it’s far more niche now than it was back in 2007, I’d wager.

If you’ve never played Puzzle Quest before, The Legend Returns will be a nice surprise. Sitting underneath that humble presentation is a game with an awful lot of content to it. Existing fans would do well to jump in and remind themselves why Puzzle Quest is such a great game, as this release on Switch suggests, to the very subtitle of the name, that it’s an active franchise again, and we may well see a new one in the near future. However, it’s clear that Puzzle Quest is aging with anything but grace, so The Legend Returns also shows that this next Puzzle Quest, should it come, will need to do things significantly differently to have the same impact.