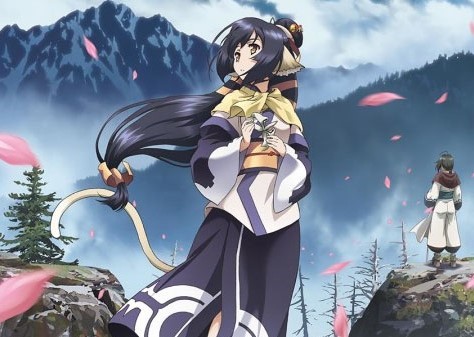 Utawarerumono might be my favourite property that almost no one is aware of. It’s followed a similar trajectory as the Fate series, albeit at a much more niche rate; it was once an adult visual novel, sex scenes and all, but then went “legitimate” with mainstream releases, anime, and, as of Utawarerumono Zan, genre-bending spin-off titles. Where Utawarerumono itself is a blend of tactics JRPG and visual novel, this one is a pure action affair. As a first effort, I absolutely love it.

Utawarerumono Zan is a retelling of the story of the first Utawarerumono titles released in English (you can read our review of the first of those here). Sadly – and this is the biggest problem with Utawarerumono Zan by a significant margin – you have to be a fan of those VN/tactics games that you’ve already played to get anything out of this one. The plot in Utawarerumono Zan has been condensed to to the point of being incomprehensible if you look at it standalone – it works as a series of markers, to let people with existing knowledge of the plot to follow along, but it fails completely in telling a story that’s self-contained.

Having played plenty of anime tie-ins before, I know that it’s fully possible to make the game a self-contained experience. I knew nothing going into Arslan before playing the Warriors spin-off that Koei produced. I followed that one along with no issues, and indeed became a fan of Arslan thanks to that game. The developer of Utawarerumono Zan, Tamsoft, also knows how to tell quality stories – its work with the Hyperdimension Neptunia series stands on its own, and Onechanbara does a remarkable job of remaining true to the B-grade trashy horror aesthetic and narrative structures. So I can only assume that Zan does hits the narrative briefing notes that were provided to Tamsoft, but goes no further, and in simply distilling the existing plot down, there’s a real missed opportunity to build on the gorgeous world of Utawarerumono. 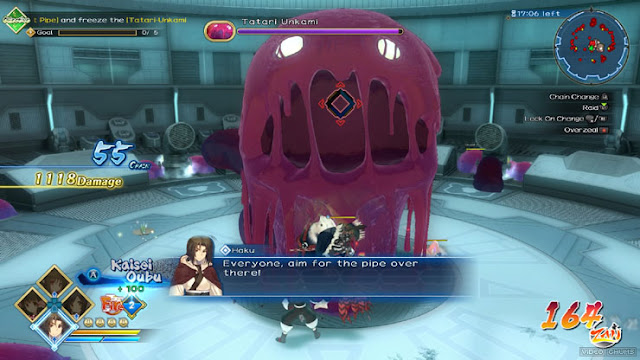 Make no mistake, I play Utawarerumono because I love the characters, setting, and storytelling. Those games involve a lot of reading inbetween combat moments, and the tactics action is only serviceable. If I wasn’t invested in the narrative and context I would have lost interest in that series well before I got to the end. Utawarerumo Zan’s inability to build on the very foundations that fans love about the series appears as a nasty clash, and while I do think that Utawarerumono fans will love this regardless, it’s hard to shake the feeling that this was one massive missed opportunity to expand the appeal of Utwarerumono, just as the “Warriors-like” Fate titles did for the Fate property.

With that being said, I really do think that Utawarerumono fans will love Zan, and that’s for a couple of key reasons. Firstly, it offers a very different look at their favourite characters and situations. It’s one thing to read an account about how our hapless protagonist flees a giant bug-monster. It’s quite another to have to actively play through that scene. That’s what Utawarerumono Zan offers – a tangent take on key moments that occur within a vivid and interesting narrative. You’ll be able to play as your favourite characters from the visual novel (there’s over 12 playable character in total), and environments and locations are pulled directly from the distinct aesthetic that so clearly helps to differentiate Utawarerumono from everything else out there.

Each of the characters plays differently enough for the (relatively) slim roster to count. Something like Dynasty Warriors might offer more characters to choose between, but when multiplayer is a big part of the Utawarerumono Zan experience, being able to combine the talents of the ranged magic-using twins with the melee brute strength of the princess with a totally-not-a-chocobo pet ally makes for a vivid experience. Zan isn’t the most difficult game out there, nor is it one that demands co-operative tactics, but just as hack-and-slash classics like Gauntlet are much more fun when you’re ploughing through with a friend, so too is this one. 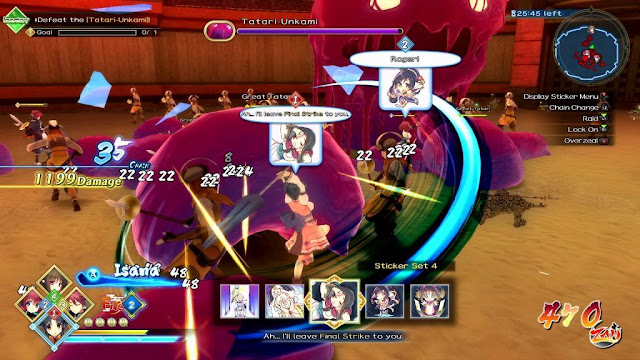 Visually, it’s stunning too, taking the unique aesthetics of the Utawarerumono series and effectively pulling them into a 3D world. There’s a bit too much repetition that goes on, with the game reusing the same levels over and over again for side quests and the like. Those levels are all quite small, too, reflecting the minimal budget that this would have been made on. However thin the content is, though, it’s well made and, again, helps to build on what existing fans already knew about Utawarerumono.

With plenty of upgrade options (that require you to grind away at missions to earn “points” for), as well as an equipment upgrade system that actually works like a free-to-play gatcha system, where you pay (in-game, no microtransactions) money for “loot boxes” which can power up your preferred equipment if you get lucky, there’s a strong incentive to replay Utawarerumono’s levels, if you’re the completionist type. As far as the game goes, that’s just as well, as it’s a fairly brief experience otherwise, and while it’s not the most engaging set of systems that I’ve ever come across, because I was enjoying the in-battle combat so much, I didn’t mind committing to the grind here.

Utawarerumono Zan is obviously a limited game, but as the first attempt to expand the Utawarerumono property beyond its roots, it’s a good first step. The action is as fluid and enjoyable as we’ve ever seen in a Tamsoft game, and your favourite Utawarerumono character’s personality and fighting style has been recreated expertly. It might be one for existing fans only, but I would hope that anyone who plays the original visual novels (and you really should) is an “existing fan,” and will therefore also love this.