It amuses me to think that the Fire Emblem that may just represent the way forward for the series is the remake of a very old game. Fire Emblem Echoes: Shadows of Valentia is actually a remake of the second Fire Emblem, originally released back on the Nintendo Famicom (NES). As a game that was never released outside of Japan, it will be a completely new experience for most of us English speakers, and it’s obviously such a complete remake that it’ll be new to those who have played the original, too. As a remake of such an old game, there are issues with its narrative that were never going to be resolved, but the thing is… I wish that all Fire Emblem games approached the gameplay like this in the future.

Fire Emblem Echoes has all that tactical turn-based combat that anyone who has played a Fire Emblem game will instantly recognise. To that base tactics action, there are a few small changes, but nothing that overtly affects the flow of the game. The old weapon triangle, where ‘sword beats axe, which beats lance, which beats sword’ is gone, replaced with characters that all have different special abilities, so some are still more effective in certain situations; it is just no longer reliant on the weapon that they’re using. Additionally, weapons don’t have a use limit; where in other Fire Emblem games a weapon would eventually snap after a certain number of uses, in this one there’s no need to manage that resource.

A couple of elements in this combat system took a while for me to acclimatise to. For example, I’m not used to archers being able to fight back if I run a character up next to them for an attack. Small changes like this affected strategies that I’ve been honing over many, many iterations of Fire Emblem now, and it was a nice way of keeping me alert as I played. Played on classical setting – where characters that die in battle are gone for good – and on “Hard” difficulty, Fire Emblem Echoes has the same teeth of any other Fire Emblem game, and it can be intensely frustrating to be battling along for an hour only to have a wayward attack from an enemy down a valued character, forcing a restart from the beginning of the battle. But that’s exactly the kind of experience that people look forward to when going into Fire Emblem, and for less experienced players there are much lower difficulty settings to play with. 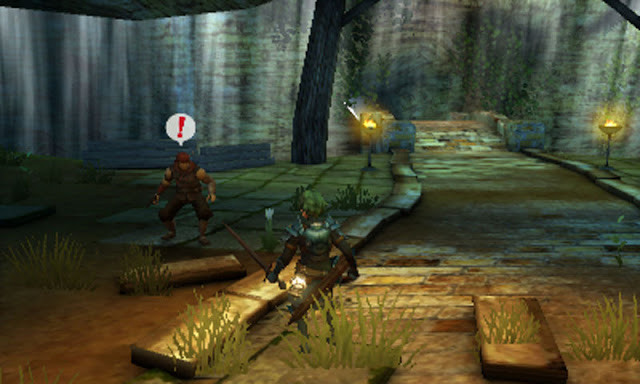 Where things really get different are the implementation of dungeons and towns to visit. Fire Emblem Echoes has areas where you’re given the ability to roam about. In towns it’s to talk to various NPCs and recruit allies to your cause. In dungeons it’s to battle enemies, collect loot, and complete objectives. If your character runs into enemies while in a dungeon, then the game shifts to the standard tactics battle, but those moments of exploration between battles is such a perfect fit for Fire Emblem it’s quite shocking that it’s not done more frequently in the series.The dungeons themselves are quite nicely designed, too; certainly up with the standards of most other JRPGs you love. I assume that one of the reasons that it was decided to dump these free dungeon exploration sequences, after the original release of the NES version of the games, was that they slowed down pacing and spaced the battles too far apart, but I think the benefits in giving you immediate control of your character (greater immersion and the perception of a more realised game world) far outweigh any pacing issues. With any luck, the next Fire Emblem (which will inevitably be on the Switch) will expand on this ability to move around the world when not engaged in battles.

What holds Fire Emblem Echoes back a little is the narrative. I can’t compare the narrative in Echoes to its original, having not played it, but I assume, given the amount of text that gets thrown around in the 3DS remake, that there’s been a lot added to the base story. As with all Fire Emblem games, the relationships that the characters develop with one another over the quest is its storytelling strength, and everyone will have their favourite characters based almost purely on those interactions. This is the good.

The flip side to that particular coin is that the wider narrative is a product of its times, and while Fire Emblem has always been rather advanced for its time, this game’s narrative still leans on the side of simple and derivative at times. So I’ll say this: Fire Emblem Echoes has a superb plot for a NES game. The basic context is that there’s a war between two nations, each personifying a deity; there’s a hard, militant nation ruling through an iron fist, and a decadent land that is peaceful, but too absorbed in its pleasures. These two nations end up going to war, and eventually you’ll be leading an army involved in this epic conflict. To start with, though, that ‘army’ is just a band of young village kids with a dream for adventure. Oh, and there’s a princess and stuff in there too. 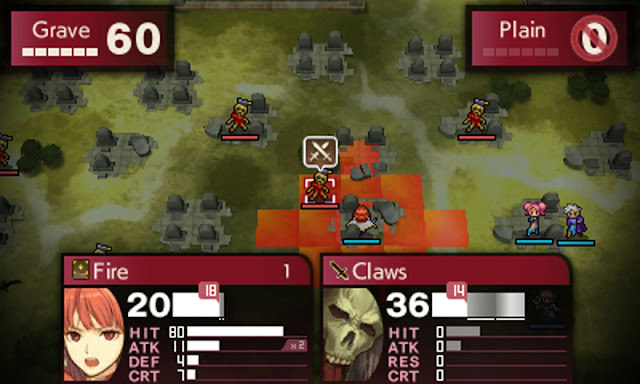 It’s a story told almost through caricature, which was the only real way to do games back then, but at least this Fire Emblem is less about the good vs. evil dichotomy, and about a more nuanced moral theme between the respective merits servitude and pleasure. Fire Emblem shows hints of the moral relativism that would lead to a story of the complexity of Fire Emblem Fates, but again, it’s important to go into this one with the awareness that, spruced up as it is, the fundamentals of the game are many generations old now, and storytelling (and expectations thereof) in games has advanced a great long way in the years since.

Before the release of Fire Emblem Echoes I was surprised that Nintendo didn’t move the development of the game to the Nintendo Switch. After all, as Nintendo’s shiny new toy, the more games that it can get on there, the better for Nintendo. I understand, now, that this is very much the kind of game that belongs on a legacy console. It’s well made, challenging, and entertaining, but it’s built with an efficiency that Nintendo would not have wanted to be the first Fire Emblem on the Nintendo Switch.

Or to put it another way, I think Fire Emblem Echoes offers some really neat ideas for how the series could progress onto the Nintendo Switch now. Free roaming dungeons just has to become a thing. But the series has moved on from the kind of narratives that it used to tell, and just like Fire Emblem: Shadow Dragon on the Nintendo DS was quickly forgotten within the context of the series, I don’t think people, a decade from now, will still be talking about Fire Emblem Echoes. It’s a game for the here-and-now, made to give the 3DS one of its last hoorahs with a major franchise before all of Nintendo’s developers move fully to the Switch.