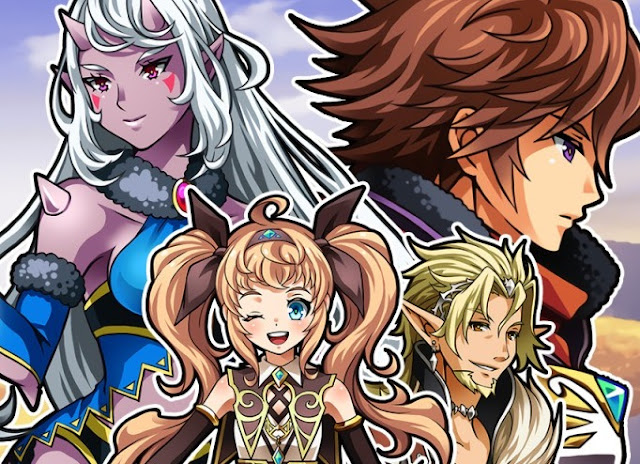 Sigh, Kemco. I like what Kemco wants to achieve; the publisher wants to give us all retro-styled JRPGs that are reminiscent of the SNES through PlayStation One era of the genre. As a fan of that era of game development – especially with regards to the JRPG genre – I should by rights love Kemco’s output. But I don’t. These games that this company churns out vex and frustrate me, and they do so because they are so superficial. They look the part, but they play like the developer has no idea what makes a JRPG great.

Let’s look at Alvastia Chronicles. It promises so much, with its 16-bit style sprites and overworld, and comes with the promise that you’ll be able to recruit “over 100 companions” in your quest. “Great,” you’ll think. “Characterisation is a big part of the JRPG, and this game is focuses entirely on the characters; going on an epic quest to recruit an army sounds like a fine idea for a JRPG.” And, indeed, there have been plenty of JRPGs that have done the mass ensemble cast brilliantly; just look at Suikoden.

But then I started to meet these characters and… characterisation is a big issue in Alvastia Chronicles. “Hey there, you hunk!” One character says the first time you interact with her. “I think I may have just fallen in love with you!” She adds, before immediately joining the party. That’s right. This girl’s happy to go on a deadly quest to take on the world’s most deadly demons for no other reason than she likes the protagonist’s six-pack. If she was a one-off, then she’d probably come across as delightfully quirky, assuming you’d later on interact with her some more to similarly comic results which… you don’t really get in Alvastia Chronicles. Sadly, a huge percentage of these 100 companions that join the cause do so after about two lines of dialogue and for the most arbitrary of reasons. Finding good characterisation is almost impossible. 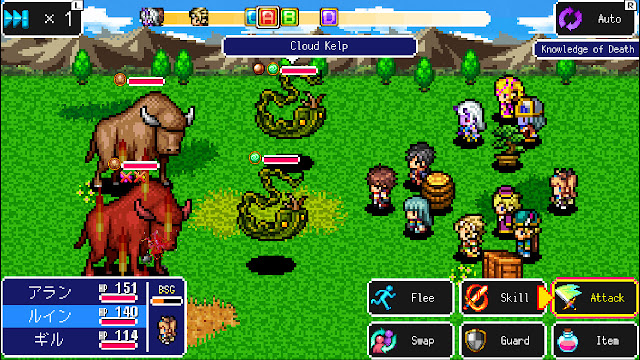 The idea that individually each of these characters is weak, but together they can pull down a mighty enemy is a good one. So many JRPGs focus on a small team of incredibly powerful heroes, so the idea of each individual hero being vastly overpowered by even modest enemies could have been used to great (and uncommon) narrative effect. To do so, however, the developer needed to drive home the mortality of these characters; some needed to die. There needed to be situations where the forces were split and decimated and you, the player, needed to feel weak. But none of this really happens. Alvastia squanders the potential it had to be an interesting discussion about the way power development happens in JRPGs by playing it all far too safe.

Of course, the game comes from the mobile space, where “safe” is downright mandatory. Frivolous, easy-to-consume, completely inoffensive games are the norm there, especially when, as part of the companion-building mechanic, you’re being asked to invest in premium currency and gacha mechanics (at least, on mobile. The push is less extreme on Nintendo Switch). Imagine what would happen if players spent money on the lottery, only to get a really cool character that was killed almost instantly after? Unfortunately the mobile game space greatly limits the creative options of a developer, and Alvastia Chronicles is similarly limited.

There’s some mechanical depth to the system. You need to pair up compatible companions into small groups, each forming behind a particular leader (with the precious few leaders being the only ones to get meaningful characterisation within the game). Properly paired up companions offer boosts in battle, though to be honest Alvastia Chronicles is so easy, even on the most difficult setting, that you may as well just pair up groups that you find appealing in whatever way. Once a character is in a group they can add their special abilities, and join in on an attack. 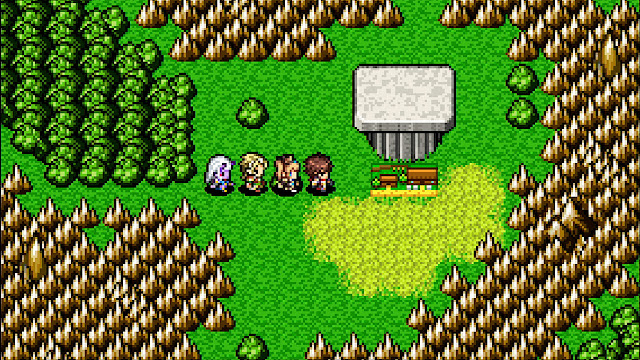 Again, Alvastia Chronicles could almost be on to a good idea here. The idea of taking small units of characters into battle under the leadership of some hero or another was explored so effectively in The Last Remnant, but, of course, The Last Remnant also did something to make that structure feel fundamentally different to a standard JRPG. For some reason, in Alvastia Chronicles, you can only use one special ability per “unit” per turn, and they all share the same health bar, meaning that while they might visually seem like a group of four heroes fighting together, in practice and mechanically they may as well just be one hero.

Everything else about Alvastia Chronicles is Kemco at its absolute most bog standard. The loot system and gacha mechanics are so broken that they make the game an absolute breeze within the first hour, and even on the most difficult setting the challenge that the enemies pose never catches up to the power curve of the party of heroes. The visuals are decent enough; this is a game that would look at home on the SNES, though it lacks the artful beauty of Chrono Trigger or Final Fantasy VI. The music sounds like some free midi samples were fed into a sound shredder, though. Part of the reason that it’s so hard to pay attention in Alvastia Chronices is that the production values are so overwhelmingly mundane that there’s no sense of adventure in playing.

Sadly, Alvastia Chronicles is yet another conceptual failure and broken mess of a game. I admire Kemco for its dedication to the retro aesthetic, and, as the old saying goes, a broken clock is right twice per day. Kemco has produced worthy games in the past through this approach. But while churning bland, derivative, and poorly tested games might work on the mobile space, in a commercial sense, there’s nothing of value in Alvastia Chronicles. It’s nothing but a drain on a person’s time.