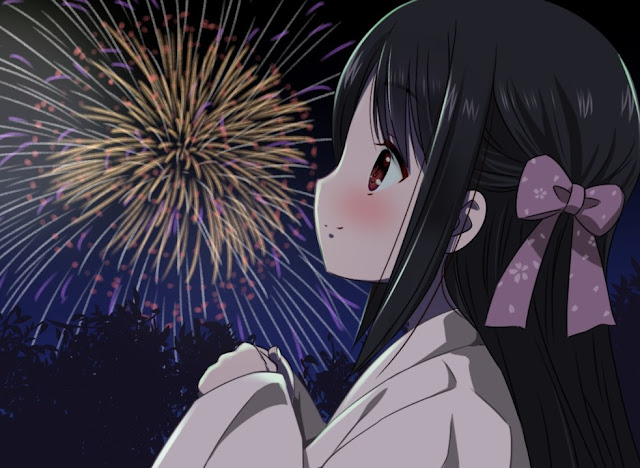 The summer school romance – is there any single topic out there that is sweeter, more nostalgic, and warmer than that? I’d argue not. We all have memories of those schoolyard crushes and summer camp flings, and Tokyo School Life is actually one of the better attempts I’ve seen to do that theme justice within the context of a video game.

Related reading: Another visual novel released recently by PQube on PlayStation 4 is the hyper-fanservicey Song of Memories. Our review

The narrative concept is as familiar and well-worn as they come, of course. You play as an American boy who, after busting his backside to get good grades, earned the opportunity to spend two months in beloved Japan as an exchange student; a country that the boy has also been absolutely fascinated about thanks to manga, anime, and videogames. Of course, the dude’s also completely ignorant about what life in Japan is really like, and he’s badly keen to get his end wet, so he’s looking forward to enjoying the company of the demure Japanese girls of his fantasies and wet dreams.

On arriving in Japan he discovers that he’s been allocated a dorm space to live near a shrine, and inhabited exclusively by three of his classmates. And, of course, they’re all female. Initially he’s excited by the idea of having a little harem of his own while living as an exchange student, but that’s quickly shot down by all three girls proving to be quite different to his mental image of what a Japanese girl is. And, of course, once of the first things he does is wander into the bathroom when two of them are changing. From this introduction I assumed that Tokyo School Life would head down a similar path as Song of Memories, another recently-localised visual novel (by the same publisher, too – PQube). I assumed that it would be a game of excessive, frequent fanservice and characterisation really designed around driving towards the next ultra-fanservicey moment. I enjoyed Song of Memories well enough, but I’m also so glad that Tokyo School Life is very different. 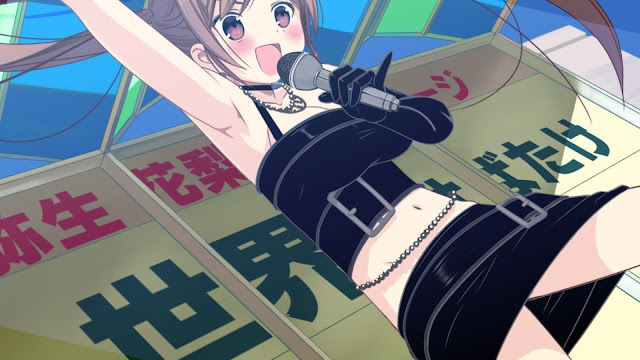 For one thing, while this is a romance visual novel and your end goal is to get one of the three main girls to fall for you, the journey on the way there is so much more interesting than it tends to be in the fanservice-heavy visual novels. Each of the three girls is very different, and have lives outside of the whims and interests of the protagonist. This is important. So many of these romance VNs feel like they’ve got limited characterisation because each of the characters is nothing more than a plot device and gameplay mechanic for use by the protagonist; outside of what they’re doing with him or for him, there’s nothing to them. The aforementioned Song of Memories actually offers a number of good examples of this; for just one, one of the characters there is a rhythmic gymnast, but really that’s only so you get plenty of opportunities to ogle her in a leotard.

In contrast, Tokyo School Life has a character – Karin (I love Karin so much) – who outside of school is an aspiring idol pop star. Through the writing there’s very much the sense that your relationship with Karin – if it is to develop at all – is structured around fitting in with her schedule. Furthermore, while each of the girls (especially Karin), can end up falling for your protagonist, that happens only after they shoot his idiocy down time after time, as he genuinely deserves. The game will also frequently cut to a conversation between the three girls via mobile phone IM, where they discuss you, and various other things going on around them. Again, your protagonist isn’t a part of this, and these little phone conversations give you a great sense that the girls each have their own lives. Consequently, they come across as more rounded, interesting individuals.

So, while one of the first key arts depicted my protagonist wandering in to see Karin in her black underthings, while while this led me to think Tokyo School Life was heading down one direction, it didn’t take look for the game to start feeling more akin to the tragically un-localised Love Plus series from Konami – a series of games that were much more focused on building believable characters for you to interact with than they were interesting in panty shots and upskirts. There’s some light fan-service here and there, sure, but this is a game more about relationships and storytelling, and it comes across as really quite earnest and sweet. 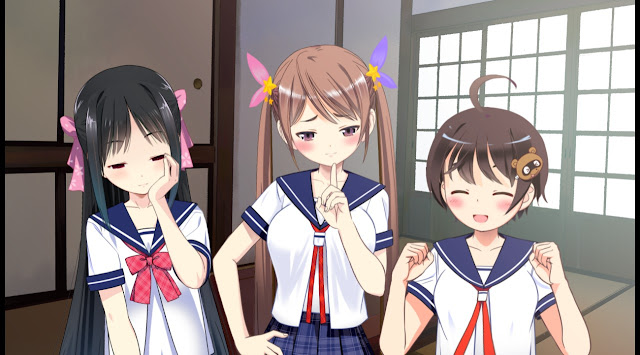 There’s also a genuine love for Japan in there, and, coming from a Japanese developer as it does, a sense that the storytellers were using this game to explore what is it about Japan that makes the country so fascinating and different in the eyes of gaijin. Every scene is laden with explanations about Japanese cultural quirks, the meaning and purpose of locations, and observations about the society as a whole. The initially naive American boy rolls through confusion, then interest, before finally delighting at the differences between his culture and that of his temporary home. All of this is done without condescension or the nasty kind of pride that leads one culture to believe in its superiority to another. Tokyo School Life simply delights in explaining things about Japan to people, and even I, who have been to Japan well over a dozen times now and traveled extensively across it, learned a bit about the country from this game.

Helping to give the game that tone of respect for the real Japan, divorced from the fantasy, is the art. The girls in Tokyo School Life are of the standard anime type, but the backdrops are frequently either abstracted photography, or incredibly realistic paintings depicting various environments and scenes within the country. At first I found this effect to be a little jarring, I must admit. They are two very different approaches to art design sitting on top of one another. But over time I became more comfortable with it, and appreciated the subtle effort to give the game a relevance to the real world, rather than a pure anime fantasy.

I also loved the way that the game displays the Japanese text in the top corner as you play. It shows remarkable confidence on the part of the localiser that they’re willing to put the original and translated text side by side on the screen for someone with dual language skills to directly compare, but I suspect that this is done for a greater reason than simply to show off the localiser’s translation skills. So much of Tokyo School Life is an earnest attempt to explain and educate about Japan… perhaps in giving players a line-by-line breakdown of the translation everyone involved in the localisation were hoping that players would learn something about the language, too. 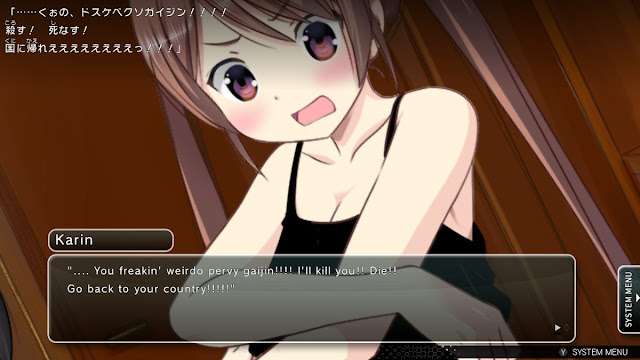 Tokyo School Life is a romance visual novel, about a period of time in people’s lives that tends to be very nostalgic (and therefore good source material for storytelling). It has moments where it resembles a standard fanservice-heavy visual novel, but it doesn’t take long to realise that that’s not what the developer was aiming for at all. Instead, Tokyo School Life is a sweet and charming story of warmth and good characterisation… and an earnest and genuine attempt to highlight everything that is great about Japan.