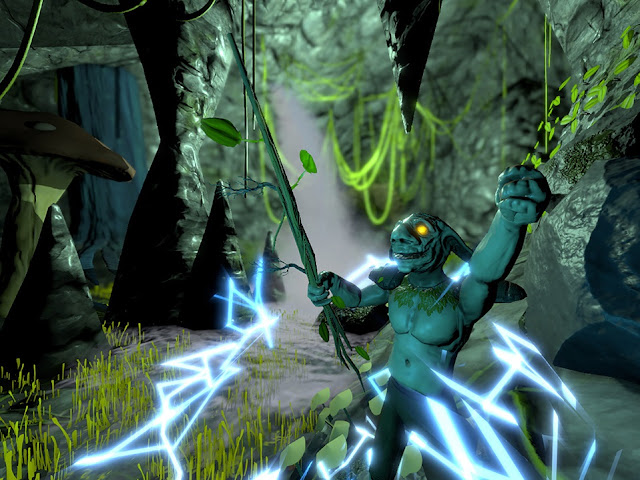 Every so often you’ll come across a game that one person or another will call “unplayable” because they didn’t much enjoy their time with it. It might be that it has a graphical glitch or two that hampers breaks the immersion a little. Or perhaps it has a quirk that makes it less enjoyable than it might otherwise be. Perhaps the frame rate even stutters from time to time. It is, of course, almost always hyperbolic because “I don’t like this game” is never as dramatic as “unplayable.” It’s not the right word to use since most of these supposedly “unplayable” games can actually be finished, and are therefore quite literally playable. However, we all know that in the games industry if you can’t be hyperbolic and over-dramatic then there’s just no reason to say anything at all.

Crimson Keep is, in theory, a medieval first person shooter roguelike. The “in theory” qualifier is as good as the game actually gets. In practice using hydrochloric acid to castrate yourself, with no anesthetic, would make for a more entertaining way to spend an evening. But let’s be generous, and assume that you can forgive a game for deep flaws flaws if there’s something in there that you enjoy. Would you be able to stick with Crimson Keep? 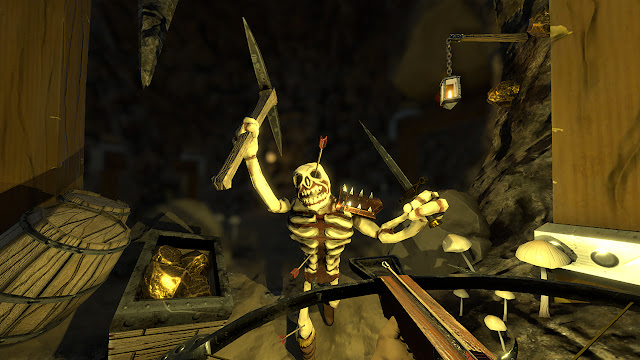 Let’s assume that you can forgive the game for its technical flaws. It’s broken to its very core, but let’s assume. Let’s assume that you’re not going to get furious and give up on the game when you realise that the melee makes no sense, because you can only hit an enemy is the aiming reticle is right over it, and therefore for most of the lengthy swing animation, it’s like there’s no weapon there whatsoever. Let’s assume that it’s not a game-breaking problem that it’s difficult to figure out the range that attacks have, because the visual feedback is so poor, and let’s assume that you’re okay with enemy animations that are so bad they would be laughable were it not for the fact that those same animations have a way of surprising you and damaging you when you thought you were safe. The feedback that Crimson Keep gives you to work with is abhorrent, and it is always finding new ways to damage you in ways that you simply have no way of avoiding or preparing for. It’s fundamentally unfair game design, and makes Crimson Keep difficult because of the most cheap of cheap tricks that it employs.

Ranged combat is marginally better, but even there, the game clearly recognises how bad it is, because the special abilities that you unlock right from the first level up are room-clearing kinds of abilities. Sadly they’re also all limited use.

Let’s assume you can forgive all of that. Let’s also assume that you can forgive all the design issues that Crimson Keep has. I’ve often said that roguelikes often feel like the developer was simply too lazy to come up with proper levels, and Crimson Keep is the epitome of that. The levels here come together shoddily and have a habit of throwing you into impossible situations; you’ll enter a new level and after loading the first (and last) thing you see is a powerful enemy right in your face with no escape. There’s also no explanation on anything that’s going on in the game. In one instance, I walked up to a book, clicked on the button to read it, and was instantly killed by a mob of enemies that just appeared around me. I assume the book summoned them, but there was no information conveyed to that effect, and there was absolutely no forewarning about what might happen if I read a book like that. This is a roguelike. It has permadeath. And yet just about every single thing that you come across is a bland trial-and-error process that affords you no opportunity to use good play to avoid the threats. 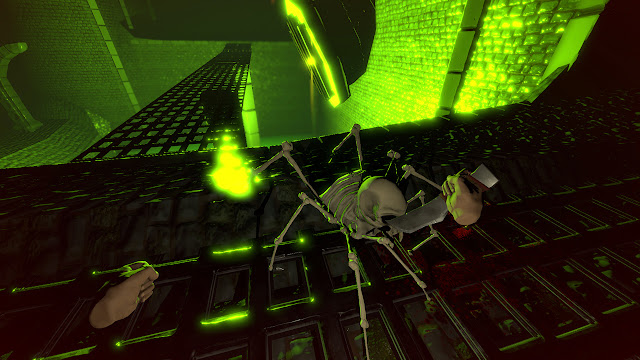 Let’s assume you can forgive that too, though. While we’re at it, we’ll also assume you can forgive the presentational elements, such as voice actors that sound like amateurs that enjoyed the Dark Souls games a little too much and are doing their absolute best to copy those performances. As I’ve already mentioned, the enemy animations are absolutely embarrassing, and the design of those enemies is only slightly better. Because Crimson Keep so utterly embraces the roguelike randomness, the developers were never going to be able to give us a narrative. It would have been far too disjointed. In fairness to them, they didn’t even try. It appears that they felt that a endlessly grindy gauntlet would be enough to satisfy players.

So, if we assume that you can forgive all of the above, what’s actually left? Nothing. Absolutely nothing. There is nothing that redeems Crimson Keep on any level. The special abilities look so cheap that there’s no thrill in leveling up. Loot only works as a hook if you want to then use it. There’s nothing visually impressive about the environments. The music might get a pass simply because I honestly remember any of it. It might have been okay, I guess.

I look at something like City of Brass and I see that the roguelike shooter has potential to do interesting things. It’s still possible to create a strong sense of narrative and environment through the visual elements, and with creative, interesting building blocks for the engine to pull together into levels, pushing ever deeper into a game like that is its own reward. A good roguelike FPS ‘crawler is difficult, sure, but with every loss you’ll feel incentivised to try and push on just a bit longer. City of Brass had the benefit of a clear creative vision and the development team stuck closely to their brief. By contrast, I truly don’t even know what Crimson Keep is even trying to be. 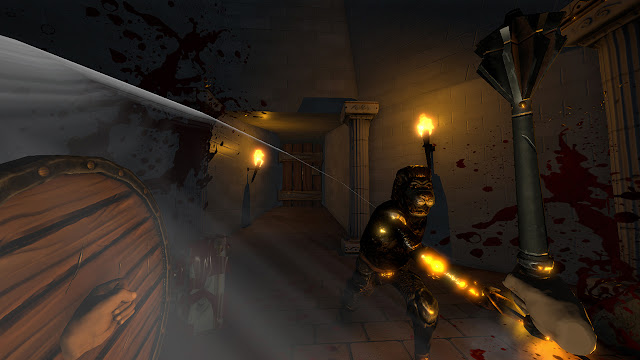 It may be possible on a raw physical level to complete Crimson Keep. A combination of endless perseverance and a willingness to wrestle the most shoddy programming that we’ve seen in a generation may get you right through to the very end eventually. But you won’t get there. I am supremely confident that no one, except for the developers themselves (and perhaps even them) will care enough about this game to get past is myriad of catastrophic issues. Crimson Keep is unplayable.