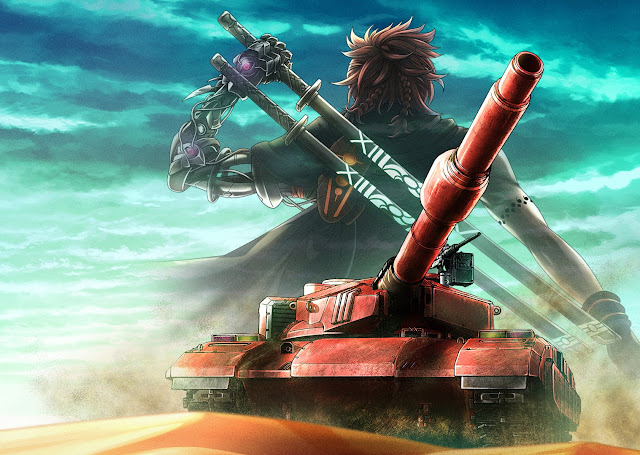 As a major entity, creating or publishing games in Japan and then exporting them to the west, Kadokawa Games is relatively new. Kadokawa itself has been around forever as one of the biggest Japanese media brands in history, and brands that fall within its group, such as Enterbrain, are well familiar in the west, but Kadokawa Games as a brand only really started to attract notice (at least, as far as I’m aware), with the release of Natural Doctrine on PlayStation 3, 4 and Vita, though given the response it generated perhaps it wasn’t the ideal title to start to get attention from players.

Since then the developer/publisher has slowly, but steadily, built a truly eclectic but compelling portfolio. Chief among the titles in the lineup are Demon’s Gaze, the gorgeous dungeon crawler, and God Wars, the richly detailed tactics JRPG that draws on Japanese myth and legend.

If there’s one common thread across the kinds of games that Kadokawa produces, its that they are distinctly, and unapologetically, Japanese in nature. They tell Japanese stories from a Japanese mindset, and as such could almost be seen as educational to those of us in the west. 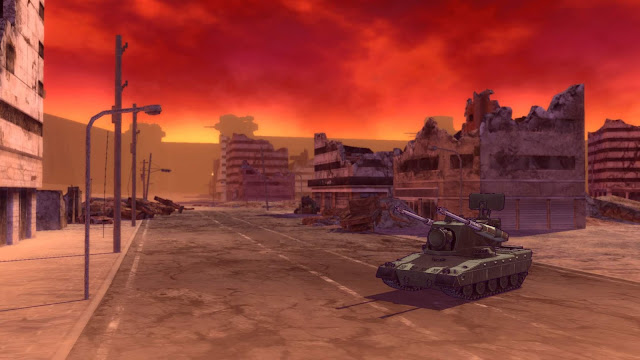 In Australia, for example, unless we take an active interest in Japanese history, what we learn at school is of shaky quality at best (and generally non-existent, since the schools have white history to teach instead). Television is more interested in putting on an endless barrage of reality brain candy than teaching audiences anything, and the less said about made by Hollywood “Japanese” films like The Last Samurai, the better. Really, across the popular media, it’s localised games like those from Kadokawa Games, which blend informational elements with the entertainment, where the best opportunities are to expose the next generation to Japan’s rich and deep history, culture, and stories.

“I wouldn’t want to say boastfully that our games are suited to act like teaching tools,” Kadokawa Games CEO and general producer, Yasuda Yoshimi, laughed. “But as a group, we really do want to show the good things about Japan. For God Wars, for instance, we drew the story from the gods (kami) of Japanese mythology, and fairy tales. I wanted to use those stories to share the something very core to the Shinto religion; the idea of being one with nature.”

From zombie-slaying cheerleaders to deep Shinto

The path to God Wars was an interesting one for Yoshimi, who started out making games explicitly designed for the American audience, but quickly found himself being told that there’s a real demand for genuinely Japanese stories in the west. 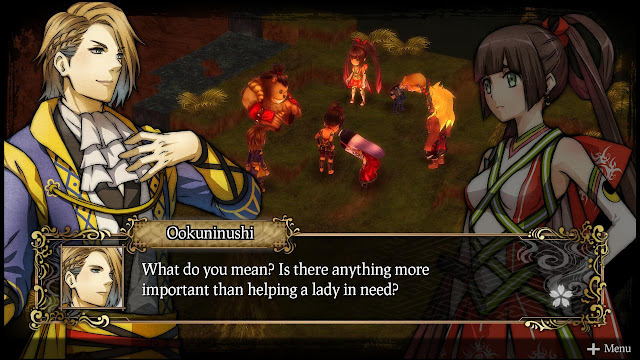 “The first game I was involved in was called Lollipop Chainsaw (produced with Goichi Suda and with James Gunn as the writer). I went into that game really wanting to challenge how Americans would feel about a game that’s distinctly American, but actually created by a Japanese developer,” Yoshimi said.

“So it was an action game set in America, with an easy to follow story, but the characters and other design elements were all created in Japan.

“When the game came out, I actually got told by American interviewers, and the president of Warner Bros Interactive (the publisher of the game), ‘why not make something that’s geared more towards Japanese people in design, story, and genre? Why don’t you focus on the JRPGs more?’ And that’s the point where I started to really look at the JRPG as a medium.” 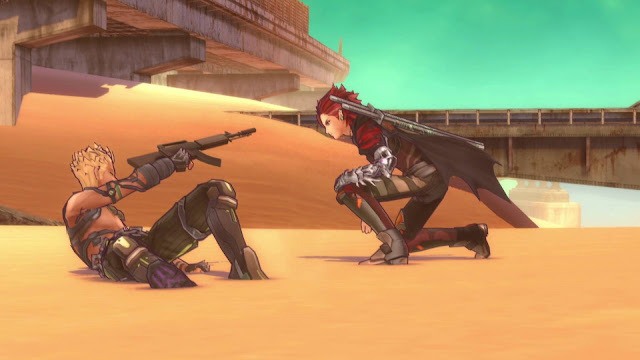 Though Kadokawa Games has adopted “Japan” as its mission statement, the company is still very concerned with making sure that it doesn’t get indulgent, and remains firmly focused on creating games that ‘work’ from the point of view of the player, Yoshimi said.

One of the most impressive elements of a Kadokawa title is that it never feels bloated, or padded with content for the sake of it. In fact, even though God Wars offers something around 100 hours of things to do, Yoshimi – like all Japanese developers – never referred to anything in his game as content. Rather, what is in the game is there for a creative reason, beyond simply giving players more busywork to pad out their play time. “I asked myself; if I was playing, would this play style be fun? Or this storyline, was it coming across as something interesting? That’s how we create games in Kadokawa from the player’s point of view,” Yoshimi said.

Even though Kadokawa games are unapologetically Japanese, that is not to say that they are not produced with a keen concern on how the west will respond to them. The latest Kadokawa-published title is Metal Max Xeno. A post-apocalyptic JRPG heavily inspired by Australia’s Mad Max cinematic franchise, it is a game that Kadokawa has high hopes for in the west. 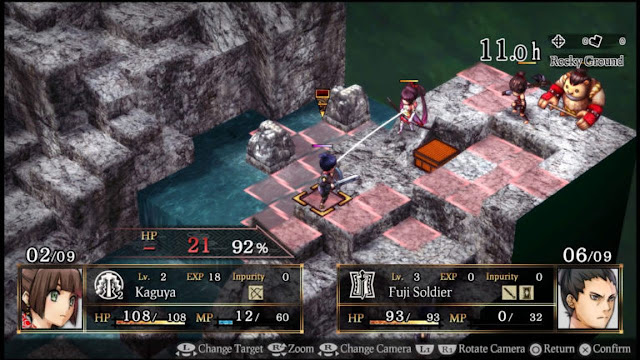 “We do think of western markets when they’re making our games,” Kadokawa director, development division, Miyaoka Hiroshi, said. “We concentrated on the mechanics of the game, and how we could make it suitable for a Western audience as well as a Japanese market as well.”

Thematically, Metal Max should also appeal to western audiences. One of the game’s key motifs is the use of tanks in combat, something Hiroshi said was a blend of one of the more well known features of Mad Max (where the vehicles are iconic and almost have their own personalities), and a bit of subversive imagery to help sell the sense of a brutally violent and hostile world. “We know that in China, there is something of a taboo on tanks appearing in the media, because of the violence that they represent, and their efficiency in crushing the weak,” Hiroshi said. “And so a tank can be seen as a symbol for something hostile, like an enemy or war itself. We wanted to really focus Metal Max on the violence and sheer powerfulness of tanks. So that’s why we wanted to make this game exclusively about tanks, where in previous Metal Max titles other vehicles also made an appearance.”

The west as a growth opportunity for Japanese games

As far as Yasuda Yoshimi is concerned, focusing Kadokawa Games’ efforts on titles that are, first and foremost, Japanese, was the right way to go. Yes, he said, there is a cultural barrier to overcome, but recent trends would suggest that there’s a growing appetite for those games that do give players the opportunity to encounter a different culture. 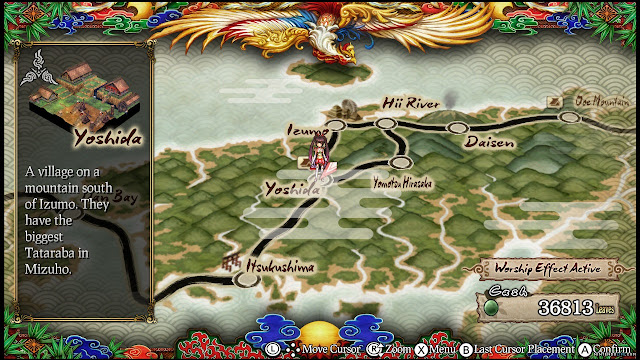 “There’s a great difference in culture between, say, America and Japan, and traditionally people are expected to be more driven towards their own culture related games,” Yasuda said. “If you consider Americans like their FPS titles, for example, there has always been that concern that more abstract games, like what Japanese developers create, wouldn’t resonate. It’s something we were very concerned about.

“But I’ve come to realise that the Western audiences really likes the Persona or Zelda series. And meanwhile, younger Japanese, the 20-year-olds, they love FPS titles. So with time, I feel that those traditional barriers have been breaking down. So really, all we can do is focus on is how we create our games doesn’t waver and change. We basically create Japanese JRPGs, and that’s what we’re going to keep firmly in mind when reaching out to the western audience.”