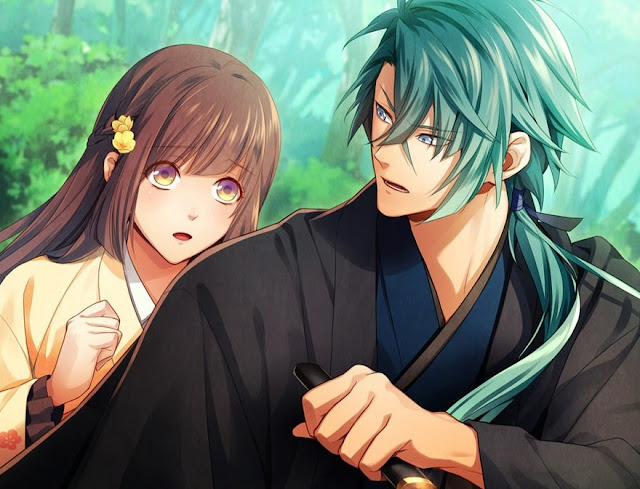 The Taishō era was one of the most politically and socially dynamic periods in Japan’s very long history. It’s also one of the shortest, having lasted between just 1912 and 1926. Immediately following the chaotic Meiji period, where Japan was forcibly opened up to the world after a long period of seclusion by the Americans, the Taishō era was characterised by a couple of different things: The country became more unified following decades of civil strife, the country became increasingly westernised, and the country emerged from World War 1 as one of the most powerful nations in the world, and one that had imperialistic eyes for mainland Asia.

Related reading: From the same publisher, The Men Of Yoshiwara, is brilliant. Our review

If all of that sounds like a fascinating backdrop for a visual novel, that’s because it is. Sadly, while The Charming Empire does a decent enough job presenting the setting and political environment, it struggles to be a truly stand-out example of the genre.

But first, the good. The Charming Empire casts you in the role of a princess. After growing up in rural Japan in exile, you’re called back to the imperial palace by your brother, who effectively imprisons you in the palace as he works to use you for political ends. While there, you get to hang out with one of a number of handsome bachelors, and then, if you play your cards right, they might just be more than servants, guards, or whatever other role is meant to keep them at a professional distance. 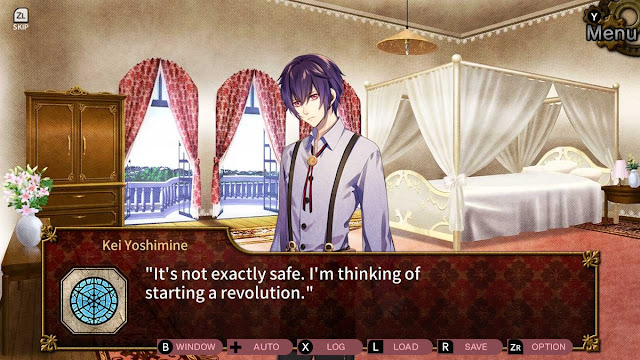 That concept in itself is vintage otome visual novel, of course, but in the case of The Charming Empire, it works so well because, even though you’re trapped inside a palace for the most part, the game does a great job of providing you with a sense of the political and social dramas going on outside of the palace. Your princess watches a fire burning down a huge chunk of Tokyo from her window. She hears of Japan’s (horrific) colonialist efforts throughout Asia and the Pacific from a servant who is himself a prisoner, having been brought to the palace after the Japanese army destroyed his island kingdom.

It’s worth remembering that while the Taishō era was a period of economic boom for Japan, and there was a explosion in interest in western-style fashion and culture among the previously highly traditional community, it was also not a nice period of time. Right-wing politics did more than have the Japanese military point its guns at its neighbours; it also lead to the suppression of left-wing movements. While the men were busily adopting western style clothing to the Japanese aesthetic, and sipping coffee in cafes for the first time, the women continued to lack for proper suffrage – which didn’t happen for them until 1945.

And through this period of time, though Japan was considered one of the five genuine superpower in the post World War 1 era, the country’s inability to use its position to push through a basic global racial equality proposal (thanks to strong opposition from the UK, Australia and the United States), was a direct fuel to the nationalist fire that would lead to Japan’s participation in World War 2. And we all know which side Japan took there. 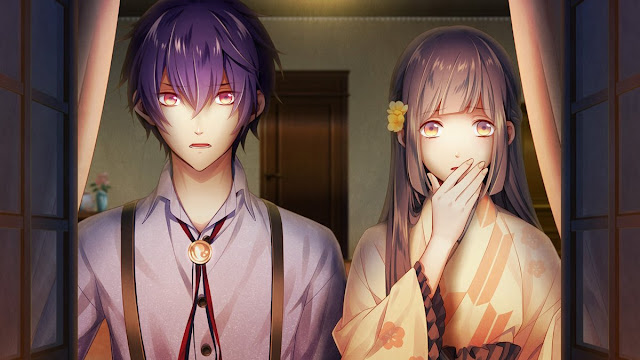 So while Japan’s society was rapidly modernising and had hit a new level of cohesion (democracy and all), it was also a period of tension, resentment, and increasingly right-wing fervour. Somehow, The Charming Empire manages to make reference to all of that without drawing away from the more personal love story between the princess and whichever boy you choose for her at the start of the story, and that is perhaps the most impressive part of the game. You don’t get a history lesson, and you get to kiss the cute boy, but the next time someone tells you that Japan just decided to up and be evil in the 40’s, suddenly you’ll know better.

In terms of flow, it’s the most stock-standard visual novel you could expect. Every chapter or two you’ll get a break in the unending reading to make one decision about how your character responds to her boy. Get the right answer and a little love heart will appear on the screen. Get enough of those over the course of the story and you’ll get the “good” ending. Otherwise it’s not a happy finale. Thankfully it’s pretty obvious which response is the “right” option each time, and then, once a story’s finished, it’s time to pick a different boy and go through it all over again.

What disappoints me about the game is its presentation, particularly since this comes from the same publisher as the gorgeous Yoshiwara otome visual novels. The Charming Empire has period-appropriate music and environment designs, and the costuming on the characters is actually a highlight in subtly reinforcing the melding of western and traditional culture that Japan was experiencing at the time. 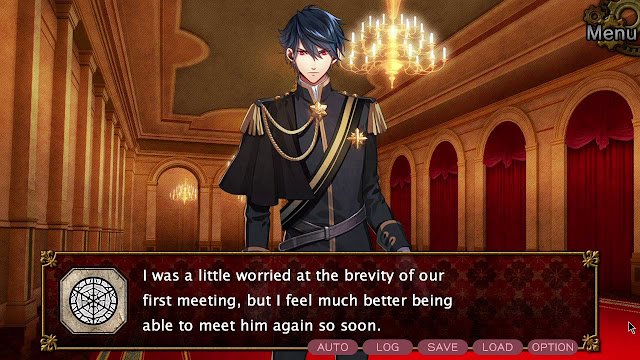 But the character designs are so weak, and they command such little presence. When 90 per cent of a game involves staring at the one character, you want that character to somehow fill the screen, and be so detailed that there’s almost a visual overload for the eyes to work through. But here the characters look tiny, not imposing, and don’t demand any particular respect or interest from the player. The one relief is the rare still image representing a special scene through the story, but these are so infrequent, and there are so many missed opportunities. For example, in one character arc, the chose boy and princess are pictured looking at a fire ravaging Tokyo. But as a still image, all we see is two characters looking out of a window. It’s a bit of a wasted effort, truth be told.

Meanwhile, in the scene with a gorgeous ball, where the princess is meant to be wearing a stunning dress, there is no still image. It’s all left purely to the imagination. Is that because budgets wouldn’t allow an artist to draw the kind of movement and beauty involved in a ballroom dance scene? Probably, but its such an easy, obvious scene that there should be a still image, and the fact there’s not leaves the game feeling very cheap and hollow.

The Charming Empire does a great job of introducing players to the Taishō period; a period that we rarely learn much about in the west. As a period piece it does a decent enough job, but there are so many gorgeous visual novels out there now that the pedestrian presentation really hurts the romance and storytelling of it all.

Can we please get a localisation of this horror visual novel?