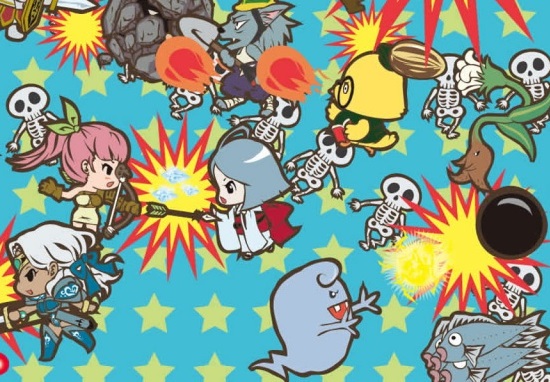 There’s something about Unholy Heights that convinces me to keep buying it. I have it on Nintendo 3DS, then I bought it on PlayStation 4, and now Nintendo Switch. So there’s clearly something about it. It might be something as simple as the combination of comfortable genres (a mix of management sim and strategy game). It might be the offbeat art and sense of humour. Or it might be the fact that it costs less than $10 and I have a habit of impulse buying games that are really cheap at full price.

Whatever causes me to keep downloading the thing, though, the fact remains that I don’t actually like it. I play it for five or ten minutes at a time, get thoroughly bored with it, and then set it aside until on a particularly clouded moment, I’ll pull it out again. Actually, now I think back on it, perhaps the reason I keep buying Unholy Heights is that I occasionally get drunk enough that I don’t really care what I’m playing… and again, this thing is comfortably familiar at a dirt cheap price.

So what is Unholy Heights? It’s a game where you need to manage an apartment building for beasts and monsters of the night. You’ll start off with a one-floor concrete block that looks like one of those dingy cockroach-infested motel rooms that have furniture you just don’t trust enough to actually touch (not only is it a cheap place to crash, but it’s a real experience that everyone should have once). Your goal is to get tenants in, collect rent, and improve the place, attractive progressively better tenants. 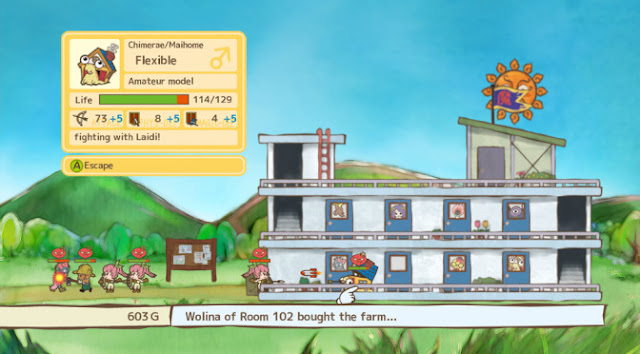 Which raises the question; if these creatures are evil monsters, why would they want clean rooms and awesome flat screen televisions? I can see Dracula perhaps enjoying some decadence as his sips away at his “red wine,” but surely cockroaches are the aesthetic for other creatures of horror? Improves their street cred and the like…

Anyhow, I digress. As you improve the apartments you’re able to add additional floors, allowing you to get more and more tenants to move in. And this is important for more than just raking in more cash; it’s also critical for the second half of the game; beating back do-gooding monster hunters.

Every so often good witches, pitchfork-wielding mobs, and other heroes of light will descent on your apartment block, looking to clear it out. The only way to stop it from happening is to send your tenants out to fight back. The better the tenant, the better their combat stats, so getting those good TVs into rooms is a surprisingly high priority. If you can’t stop an attack, they’ll reach the top of the apartment block, and it’s adios to your health & safety failing AirBNB. 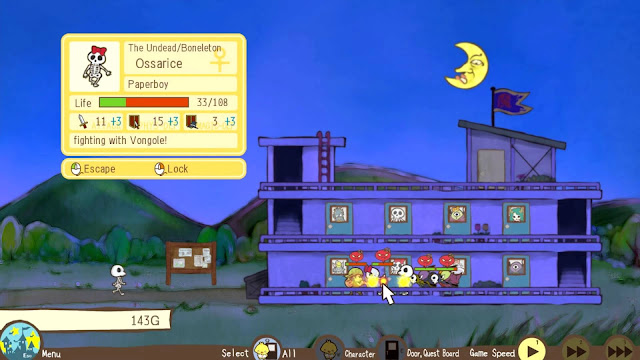 That’s basically all there is to Unholy Heights. There’s the added ability to complete “missions” for big boosts in cash and upgrades, but those just mean that specific enemies attack the apartment, rather than the less frequent random attacks.

The game is critically let down in three (critical) areas:

1) It’s ugly as sin. It was ugly on the 3DS, and as the screens get bigger, it just gets uglier. One or two of the character sprites have cute design, but for the most part all characters suffer from overly limited design, and no personality whatsoever. One of the big features in Unholy Heights is that characters can (and will) die in those enemy attacks. It quickly becomes hard to care, because there’s every chance that the next tenant to move in will look and behave exactly the same.

2) The game’s randomness just kills it. Your tenants will regularly leave their apartments to go out and have fun or do whatever things evil monsters get up to when off screen. And fair enough, this isn’t a prison that you’re running. On the other hand, when a random attack comes in and all of your best fighters have gone fishing, the actual strategy in carefully cultivating the right mix of troops to withstand enemy assaults becomes instantly moot. Unholy Heights is a challenging enough game without rendering your ability to approach it strategic next to impossible. 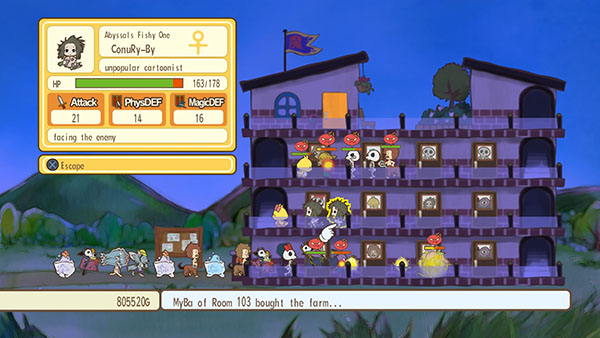 3) It’s so, so limited. The number of upgrade options that you get for a room are tiny (and always boil down to “buy the most expensive thing that you can afford). So there’s no much “management” in the management sim half. Over on the strategic side, you do get some limited control over who you take on as a tenant, and the moment in which they’ll exit the room to participate in a fight. In this way you can set up flanking attacks and the like. But, again, this is so, so, so limited and stops being intellectually engaging within the first few combats.

Really, the only reason that you’d want to play this is to see your apartment slowly but steadily grow bigger, but aside from the momentary thrill of finally convincing a powerful type of monster to take up residency, this game shows all its trick and limited appeals within the first half hour of play.

And yet I keep buying the bloody thing. It’s a super casual management sim, like Farmville or whatever city-building equivalents there are. Only far less attractive or compelling. But at least it’s not begging you to buy premium currency every five minutes, I guess.