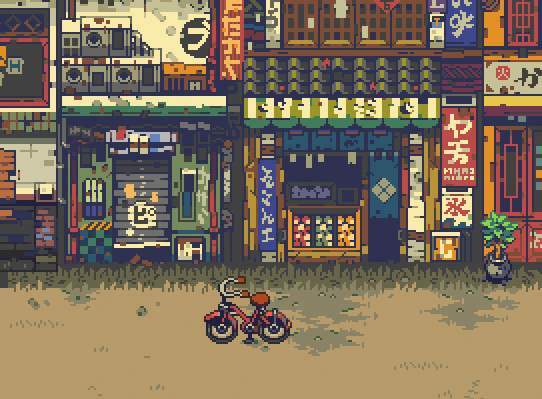 Chinese developer, Pixpil, is teaming up with publisher, Chucklefish, to bring us Eastward, a gorgeous retro-style JRPG that is a love letter to anime of the 90s.

In development for PC and Mac, this gorgeous-looking little adventure has some serious pedigree around it, particularly in terms of the soundtrack. Pixpil has recruited the talents of one Joe Corelitz to provide the score. Perhaps not the biggest name in the games music scene, Corelitz has nonetheless created some beautiful soundtracks for games such as The Unfinished Swan, Hohokum, and Gorogoa. Impressive effort to get him on board for a tiny indie of just ten people!

The game looks gorgeous too, like one of those RPG Maker projects that inspire you to take RPG Maker back up… until you realise that you’ve got none of the talent of these developers. Eastward is a post-apocalyptic game apparently inspired by Mother and The Legend of Zelda series (aren’t all games like this?). Unlike RPG Maker projects, this one has an active combat system, which you can see snippets of in action from the trailer below:


Games like this are dime a dozen in the indie space, but so long as the writing is strong, the gameplay clean (there’s a heavy emphasis on puzzling, so hopefully those hit the right balance of being stimulating but not frustrating), and the art continues to be that gorgeous, we think that this one might turn out to be a hit! Hopefully enough so that we can get console ports (and, particularly, Nintendo Switch).