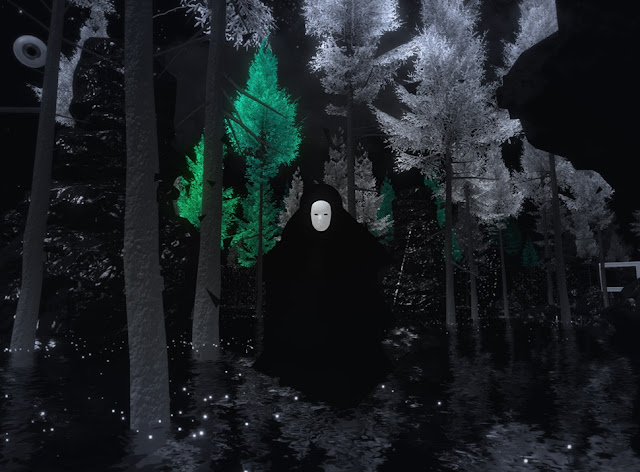 Rememoried is like a cousin to Proteus; both are highly experimental – and memorable – “walking simulators”, and both focus their experience around the player indirectly manipulating the world around them. Proteus gave you control over the soundscape; as you moved through the world your proximity to other objects would affect what you heard. Rememoried gives you a similar level of indirect control over the spaces themselves.

Related reading: Our review of Proteus, still one of the most important and experimental “walking simulator”

The game’s core concept is one of forgetting, which is amusing since, as I said before, it’s a memorable game for everything that’s unique about it. Turn your back on something, and then turn around again and it’ll be different, changed. In practice, this makes it a puzzle platformer. Need to reach a floating island high in the sky, but have no way of getting there? Look at some objects, turn your back on some others, and, through trial and error, you’ll make things appear and disappear until eventually, a path to your objective will appear before you.

Unfortunately the game is often too precise and demanding for how little information that it provides you. And by “little” information, I do mean “nothing.” From start to finish you’ll firstly have to figure out where the objective for an area is. Usually, the otherwise black-and-white game will be generous to give you a hint by using lighting or colour to point you in the right direction, but not always. Then you’ll need to figure out what you need to look at, and what you’ll need to “forget” in order to clear the way to that objective. And sometimes, unfortunately, what you need to look at is the equivalent of a needle in a haystack, and finding it is the game’s biggest challenge. 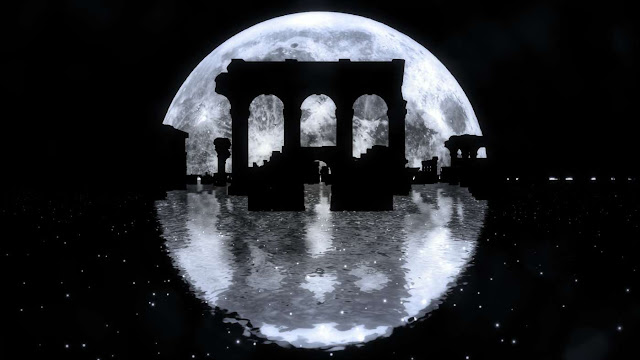 Thankfully Rememoried is quite serene in tone, because you’ll spend a lot of time feeling rather lost, and if there was even the slightest hint that this game wanted you to play at a tempo, it would have become downright frustrating. But, even at a no-tempo pace, there are times where you’ll not be entirely sure why you’re not making progress, and you’ll wonder whether you’re trapped inside a bug that is impeding progress. That’s a kind of uncertainty that is immersion killing for a video game. I will say that none of the times I was wondering over potential bugs turned out to be actual bugs, but I challenge anyone to pay this game and not feel tempted to blame the game when they inevitably get stuck.

Part of Rememoried’s problem is that it takes the form of  a dreamscape, and while that is a visually striking, vividly creative place to be, it also lends itself to creating uncertainty. The game establishes immediately that it’s not bounding itself to laws of physics or reality when they’re inconvenient to what it wants to say and do, and because you can’t trust anything about the world, you stop trying to trust anything about the world. Every time I felt like I had the game’s structure nailed down, it would do something that left me simply wandering around aimlessly again, waiting to accidentally trigger what I needed to to escalate to the next level.

At the same time, I couldn’t stop playing because the game is just that gorgeous and fascinating. It can’t be easy designing dreamscapes, or anything surrealist, really. It’s the kind of art style that needs to look unbound and unrestrained, and yet in execution requires more discipline and control than more standard art forms. Rememoried is broken down into distinct levels, and one of its strengths as a game is that each of those levels are vastly different to one another. There’s a consistency in aesthetic and tone, but locations and structures vary wildly, and this helps both reinforce the game’s nature as a dreamscape, and keep the variety coming in something that, being predominantly black-and-white, would otherwise be in danger of becoming repetitive, even boring. And so far as surrealism is concerned, those descriptors are death knells. 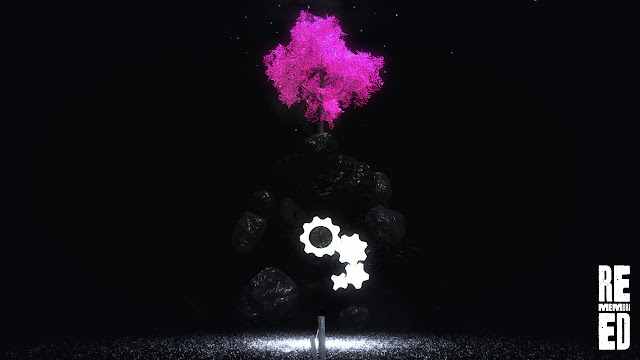 What lets the game theme and storytelling down, though, is its very amateurish understanding of surrealism. I don’t for a second doubt or question the earnestness or passion with which the team threw themselves into the making of this game, but the voiced soundbytes that are meant to establish the narrative have leaped over the line into trying way, way too hard for my tastes. Admittedly that’s something that is very subjective. I like my surrealism to come with a hefty dose of punkish attitude, and that’s why I tend to be drawn to the works of people like Goichi Suda and the team that made No Thing. Rememoried aims a little higher than that, with a narrative that wants a poetic rhythm and tone, and while that’s admirable, when we’re looking at lines like:

Stars as the witnesses of your actions and the actions of your ancestors
Suddenly it is difficult to remember; the memories change with every look back 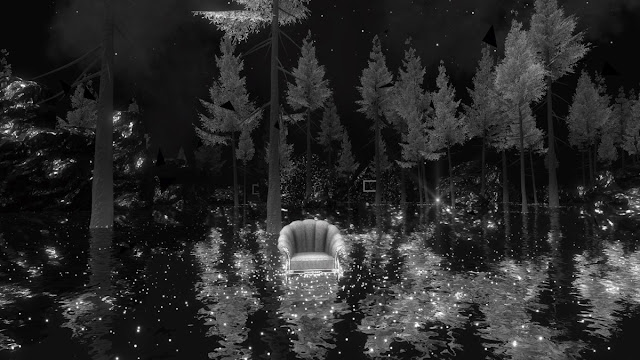 … We’re just not talking about Shakespeare or Poe here. There’s depth to the story it weaves, suitably disjointed as a game about disjointed memories and things forgotten should be, but the writing is indulgent, and the performances genuinely amateur. The developer has all the ideas in Rememoried, but were perhaps overreaching given their experience with the narrative genre and form.

Related reading: On surrealist, avant-garde games, and their value to the entire industry

You can finish Rememoried over the course of an hour, and that’s a good thing. The game works best with the brevity of a poem and a series of tiny vignettes, and on every level it’s a curious experiment with an incredibly difficult subject that does achieve a great deal of its ambitions. But it’s also a game that overreaches and labours itself with its ambition at times. In contrast to its beautifully elegant and minimalist cousin, Proteus, which I referred to at the start, Rememoried is hauntingly beautiful and has a far greater depth of emotional substance. But it is begging us, as players, a little to hard to embrace it and recognise its genius.