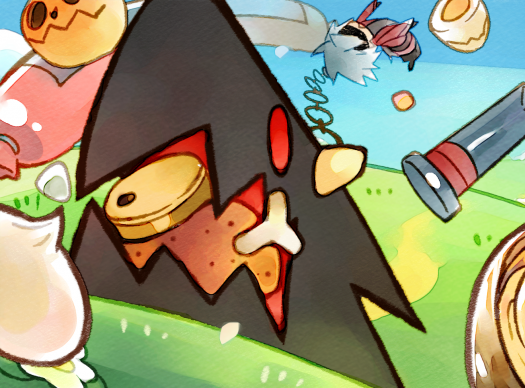 While the name might sound like total nonsense to those that aren’t intimately familiar with the Novus Orbis Librarium, Eat Beat Deadspike-san is actually a rhythm game spin-off of the BlazBlue fighting game series. The game takes advantage of the Nintendo Switch’s touchscreen, and has players tapping along to 20 different songs from musical openings to character-specific battle themes. Considering music has always been a strong suit of Arc System Works’ titles, it’s a pretty natural extension of the universe even if it seemingly came out of left field.

Related reading: Our review of the most recent BlazBlue on PlayStation 4

Eat Beat Deadspike-san was originally released for mobile devices in 2015, and it’s pretty clear that it’s meant to be played using the Nintendo Switch’s touchscreen. Beats enter the field-of-view from the right side of the screen, and are labeled with either a “L” or “R” to indicate whether the player should be tapping on the left or right side of the screen. It’s a really simple control scheme, but one that works well with the conga-like tapping on the screen. It adds a real physical element to getting in rhythm with a song, and just the act of playing is quite enjoyable.

While the main control scheme is touch input, players can also use the buttons on the Joy-Cons to play through the game. I found that this nearly breaks the game due to how much easier it is to complete the levels. Even on the Hard difficulty, I found myself passing through levels without breaking a sweat. I’m glad they added the option to use buttons for accessibility reasons, but the game really needed another difficulty added to fully take advantage of the more precise inputs. 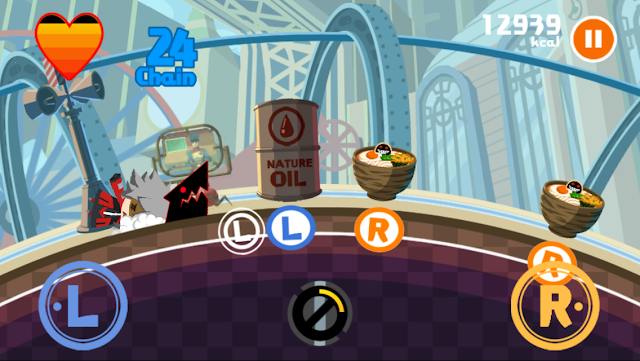 Nearly all of the songs are short in nature (only one of them is over two and a half minutes long), which makes this a better mobile game than one meant for long play sessions. Unfortunately, it lacks the hooks that a good portable rhythm game should have. There’s no sort of high score leaderboard or reason to come back to the songs after playing them once or twice. It’s really too bad that the overall package wasn’t fleshed out more since the foundation is solid.

Aesthetically, the game features some cute BlazBlue backgrounds, and there are three characters to play as: Ragna (with DeadSpike-san), Hazama (with Ouroboros), and Carl & Nirvana. The chibi versions of the familiar characters are a real delight to see, and the art is really quite enjoyable as notes are depicted as different types of foods. There’s not much variety in the backgrounds, but this is a game you’ll likely tire of after an hour or two anyhow

The latest spin-off is also pretty bare-bones in its fan service, as there’s little in terms of any story or references. Considering how hilarious some of the gag endings are in BlazBlue this seems like a real wasted opportunity. Putting some of these self-serious characters in a rhythm game could’ve led to some really hilarious scenes, but instead it has to rely solely on its gameplay, which can’t really hold up its end of the stick despite being polished. 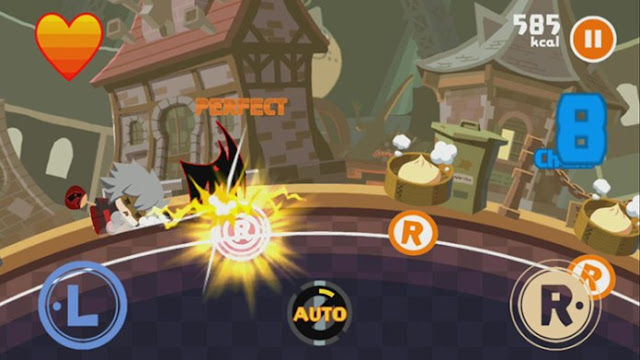 Unless you really love the music of BlazBlue (and you might be better off purchasing a soundtrack if that’s the case), it’s pretty difficult to recommend Eat Beat DeadSpike-san. It’s a polished rhythm game with a really enjoyable look to it, but there’s just little replayability for a genre that is built upon that principle. This certainly won’t give anyone their Elite Beat Agents fix, but it does show that the touch-based rhythm games are right at home on the portable.