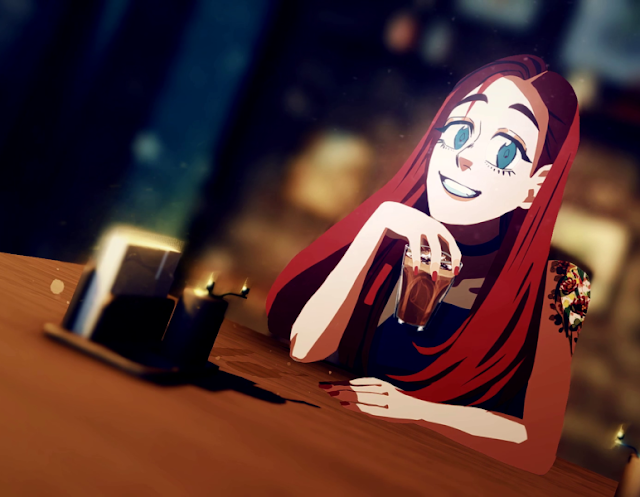 Visual novels are currently seeing a resurgence in popularity, especially with software like Visual Novel Maker making the genre much more accessible to developers of all shapes and sizes. However, they remain underrepresented in the Western market. Enter Route 59 Studios, a Melbourne-based studio who are putting together Necrobarista, a game that looks,plays, and smells like a visual novel that’s been informed by distinctly Australian sensibilities.

Ginny W: What are you working on at the moment, and how’s it going?
Kevin C: I’m currently working as the director of Necrobarista, which is just a fancy way of saying I’m the jack of all trades, master of none. As for how the game itself is going, we’ve just undergone a bunch of rework over the past few months. After PAX West, the team had a good sit down, and decided that the game needed a bunch more polishing in our style and narrative. Nothing I can show off yet, but keep your eyes peeled for some big changes!

Ginny W: What do you think about the state of the Australian game development industry at the moment?
Kevin C: Three years ago, back when I was still a starry-eyed student in the RMIT games course, I got to talking with Chad Toprak at GCAP. Had a few drinks in me, but I distinctly remember looking him in the eyes and saying with ABSOLUTE confidence:

“In five years, Melbourne will be one of the hottest gamedev cities in the world. Even if no one else makes it – which we both know is impossible – I’ll do it.”

Hahaha, I was arrogant back in the day. Still, we got two years to make good on that prediction! 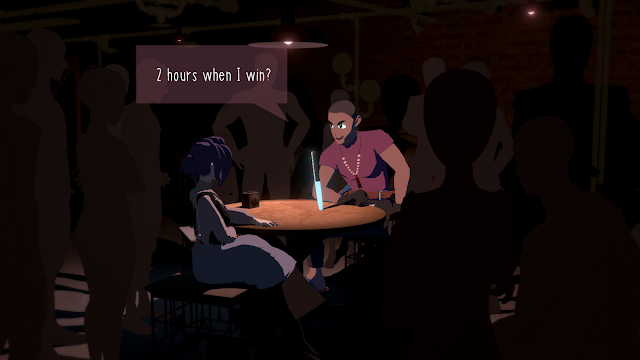 Ginny W: What recent game would you recommend to people at the moment, and why?
Kevin C: Etrian Odyssey. In the endless struggle of narrative vs. ludology, I’m a proponent of games that focus on one, and executing it well. Of course, this isn’t to say you can’t make a game that focuses on doing both (Portal, Shadow of the Colossus), but they are the exception.

That’s why I like visual novels; they are so simple, and it’s through this simplicity and focus they are able to pull of some of the best stories in any medium. On the other hand, I also love games that focus wholly on delivering the tightest mechanics possible, without letting narrative get in the way – DOTA 2, Monster Hunter, Factorio, Super Hexagon. It’s going to rustle some jimmies, but I honestly wish they would make a Persona visual novel, because that is a series where the gameplay can get in the way of story/aesthetics.

I feel like of all genres, RPGs suffer from this the most. When people think of turn-based RPG combat, we often think of Pokemon, Final Fantasy, etc. – which, outside of competitive Pokemon and a few other titles, is honestly rather trivial and easy. Etrian Odyssey is one of these rare exceptions – an RPG with a minimalist story that focuses on mechanics. And man does it have tight mechanics. If you want a master class on turn-based battle mechanics, level design, and character customisation look no further. It’s not a game for everyone, but for those with an itch for a deep, crunchy RPG Etrian Odyssey is it.

Ginny W: What’s something you love about the general games industry at the moment, and what’s something you wish would change?
Kevin C: I absolutely love the creative freedom we have in the industry. I know it’s not perfect, but compared to TV, film, comics etc. I really think we have the most diversity in commercially sustainable products (being able to eat is important). I think technology has been a fantastic enabler for the medium – you can’t really make a movie with one person, but with games that’s not unusual at all. Our monentisation and distribution methods are also years ahead, which really helps when you’re targeting niches. 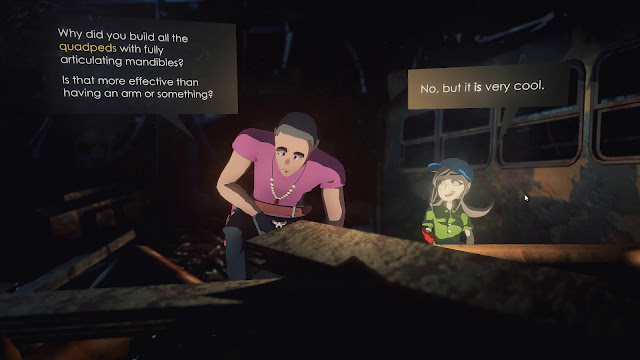 I would love to change the fixation on playtime-length in games culture. I feel like it really shoehorns games into certain structures for commercial viability, and creates all sorts of ridiculous expectations that games must fulfill. In any case, I don’t think people even really want 100+ from their game. They want 100+ hours of quality entertainment, which is a different thing entirely – and considering the practical limitations of budget, there’s always a trade-off between quantity and quality. I do think it’s changing for the better though, as the core of the industry ages, we definitely have a lot more ‘time-starved’ consumers with a preference for brevity and quality.

Ginny W: Hatsune Miku; yes/no?
Alright, so I’m probably one of the larger weebs you’ve had on here. Now I hate to perpetuate stereotypes, but yes, I went through a massive Miku phase in high school. Figmas, nendroids, everything short of dakimakuras. They’re probably still inside a box somewhere in Taiwan.

Game of the Year 2017: Best narrative