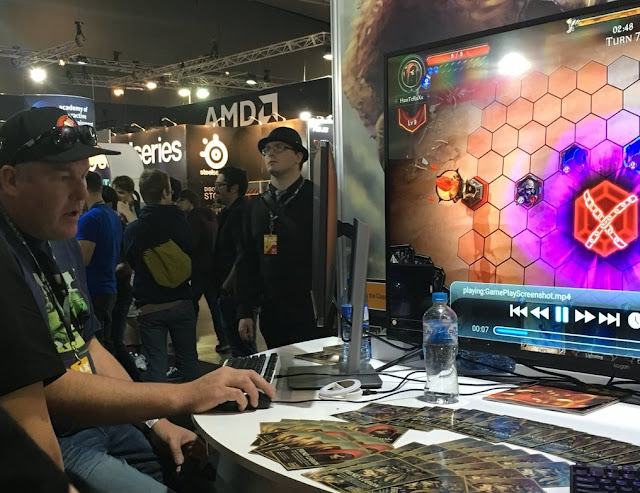 Australia’s game development landscape is brimming with indie developers, and even in such a big pool, almost no two ideas are the same. Fiend Legion is a great example of a title that pleasantly subverts expectations even whilst looking familiar; we may have seen CCGs and strategy games in bed before, but add tower defence to the mix and meticulously designed dark-fantasy environments and you have a unique formula that Spree Entertainment have shown off to much aplomb on the local circuit.

Ginny saw the game in action at PAX Australia, and was instantly enamored with both the art and the enthusiastic developers. The industry clearly sees the appeal; the game’s studio was one of a select few to win some coveted funding during MIGW. This week for the fast five, we caught up with the brilliant team behind Fiend Legion and to chat with the head honcho himself, Andrew Lau, Founder of Spree Entertainment.

Ginny W: What are you working on at the moment, and how’s it going?
Andrew L: Fiend Legion, our studio’s very first title, a collectable card game plus turn-based strategy plus tower defence. Yes, we needed to ensure all bases are covered! It’s an intellectually stimulating strategy game with a strong focus on PvP competitive play. There will be a single-player story-mode but our focus is on online multiplayer and community-building.

The Fiend Legion project is going very well, we have received support from Film Victoria and were the only Victorian studio to win Global Top Round pitch funding during Melbourne International Games Week! This is an exciting time for the Spree Team, development is coming into the final stages and are looking for a publisher to help us bring the game to China. There has been interest during games week so…fingers crossed!

Speaking of games week, we are still riding the high from our first exhibition at PAX. We received really positive feedback at PAX, nearly everyone spent 20-30 minutes finishing a match in our demo, which was fantastic! PAX was the first time we’ve shown Fiend Legion to the world, which was a bit stressful, but reception from consumers and press has been very reassuring, so now we’re aiming to launch on Steam in the first quarter of 2018.

Ginny W: What do you think about the state of the Australian game development industry at the moment?
Andrew L: Australia has always been a place of creativity, innovation and entrepreneurship, and I think these are the driving forces behind the Australian games development industry. I think the Victorian government is doing a fantastic job with Creative Victoria and FilmVic providing crucial funding and opportunities that really help indie game studios like ours to grow and thrive. We are very lucky to live in a place where this support is available, and I really would like to see this extended further on a national level.

There is definitely an atmosphere of excitement within Australian game development, but we need more support as an industry to make sure our Aussie talent isn’t lost to the international scene. I want Australian developers to be able to stand on the global stage and develop international connections, especially to the APAC region. That is our goal for Fiend Legion, to represent Australia in offering something of quality to the global strategy/eSports scene. Opening up these connections (economic and cultural) to the world and to the global market is extremely important for growing our industry.

Ginny W: What recent game would you recommend to people at the moment, and why?
Andrew L: Age of Empires: Definitive Edition (when it comes out, hurry up Microsoft!). A legendary RTS game, and on a more personal level, it brings back lots of great memories when I used to play this every day with my buddies i uni.

Every member of the Spree Team grew up playing Age of Empires, it’s the game that influenced our love of strategy and a huge inspiration for us. If you want to understand our studio and who we are as gamers and what we want to create… Age of Empires is the perfect place to start. 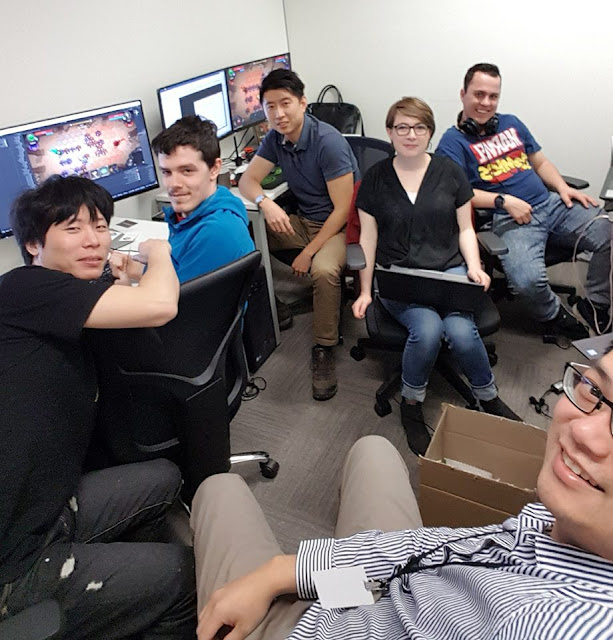 Ginny W: What’s something you love about the general games industry at the moment, and what’s something you wish would change?
Andrew L: There’s so much creativity in the games industry, and it’s really good to see that anyone with the will and the desire to create great games can put this into action. This accessibility has meant that games are an amazing storytelling tool. Not just in terms of polished AAA titles, but smaller, niche games that are experimental or reflect diverse stories and experiences. Games are the perfect medium to experience and learn from others.

In terms of change, I think there can still be more done in terms of driving inclusion and diversity, as well as dispelling any lingering myths around who is a, “real gamer”. Everyone can be a gamer, no matter if you play on easy, hard, mobile, PC – whatever! Moving forward, games will be the most important way we are entertained and the way we tell and experience stories. So, it’s incredibly important that we foster an environment that can reflect a variety of experiences. Employing and educating more women, people of colour, non-binary and other underrepresented groups and bringing them into the industry will help us develop inclusive products and make us versatile and adaptable as an industry.